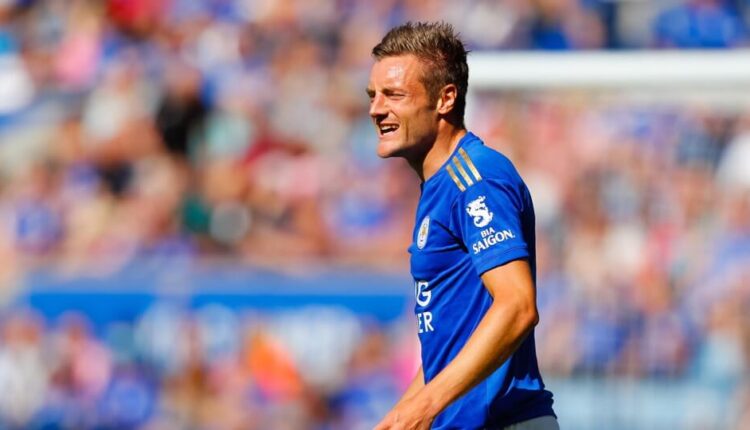 Here we outline Fantasy EPL Waiver Wire Targets that have 40% ownership or below on Fantrax.  These players will also have a favorable run of fixtures upcoming, so they could perform very well over the upcoming period!  Trade Targets will be players who look set to do well over the upcoming period, but their ownership statistics suggest they are probably taken in most draft leagues!

Prospects: After that 8-0 thrashing vs. the champions you may wonder why I would suggest a Watford player. While Capoue may play on one of the worst teams of the league, he is the key to your chance at a title. Capoue is also a defensive midfielder and will have plenty of work to do each game. Every championship team needs a player that will get you a steady 7+ points no matter the matchup. Capoue has scored at least 7 points in each of his last 3 starts, and can be your “set and forget” MID5 from here on out. Ahead of Gameweek 7 Capoue should be available on most waiver wires. Look to use a mid-tier waiver claim in deeper leagues, if you are in need of a steady mid. Capoue and his consistency would best be used in a midfield with some “boom or bust” players.

Prospects: At the time of writing this, Jack O’Connell is currently a top 10 defender. The prospect of getting a Sheffield United defender would probably score most, but O’Connell has solid DEF2 value. He currently has won 31 aerials, the most in the league, and gets his fair share of clearances and interceptions. With 5 total shots, this season also O’Connell can be an attacking threat as well, and will surely score at least 2 goals. Sheffield United have also looked decent at the back keeping two clean sheets in their first 6 games. Most teams in deeper leagues will be streaming their defenders’ week to week, but if O’Connell is available on your waiver wire ahead of Gameweek 7 look to get him in. I would use a top priority claim to get in O’Connell.

Prospects: Newcastle’s new signing is back from his recent injury crisis, and looks set to make the XI in a very poor attacking team. He looks like the brightest prospect in that attack with his dribbling ability and direct approach to the attack. Most recently he played 17 minutes off the bench vs. Brighton getting 6.5 points with 3 successful dribbles. While it may be a game or two before he cracks the XI, I would look to get in Saint-Maiximin before it’s too late. With under 15% ownership, he should be available on most waiver wires and has the potential to be a FWD3 for the rest of the season. With a shallow forward pool in most deep leagues, I would use a top waiver claim if you are in need of a FWD3/4 ahead of Gameweek 7.

Prospects: Tottenham were thoroughly outplayed in their away defeat to Leicester City and looked dead for idea going forward. Dele Alli didn’t even make the 18 this week, but I can guarantee next week will be a different story. The English midfielder has had his ups and downs in recent seasons, but Tottenham has struggled for creativity, largely due to Eriksen’s poor form. Dele has always been a favorite of Poch, and he will most likely be playing his favorite second striker role. While he has missed a good chunk of the season, expect Dele Alli to have solid MID2 value the rest of the season. You can count on at least 25+ starts from him, and 10G/5A at least. While most managers would have used a 2nd/3rd round pick on him, I think you can get Dele for a lot cheaper. I would offer a MID3 + DEF3 such as Ndidi, Grealish, or packaged with Shaw, Evans, Coleman. You could also offer a bigger name who seems to be underperforming this year such as Milivojevic, Felipe Anderson, or Pulisic. Bringing Dele in ahead of Gameweek 7 could be essential to the long term results for your team.

Alternative Choice: Christian Eriksen has been in and out of the XI, and shown poor form as of late. There is a huge risk that Eriksen leaves in January for whatever money Daniel Levy can get for him, but for now, he is still a low-end MID1 if he starts, which he should in Gameweek 7. Due to his rotation risk, and potential January departure, I wouldn’t offer draft value for Eriksen. If a manager is in desperate need of starters, try 2 lower end starting mids such as Fabinho and Gross, or Iwobi and Doucoure.

Prospects: Jamie Vardy has looked extremely goal dependent in Fantrax. He currently has 55 points, and 33 came vs. Bournemouth. He only has a goal in one other game, and other than that his highest point total has been 4. Vardy was on fire at the end of last season when Rodgers took over, but seems to have fallen off the pace this season. With no competition for a place in the XI, Rodgers will stick with Vardy as long as he is available. Most managers would have drafted Vardy as a FWD1, but right now the likes of McNeil and Deulofeu have outscored him. Look to bring in Vardy as a FWD2 for the rest of the season. I wouldn’t offer draft value for Vardy, but instead, offer consistent point scorers to a frustrated manager. The likes of Norwood, Rodrigo, Ndombele, Keane, Tarkowski, and Barnes are all worth offering.

Check out if any of these other players are still on your Waiver Wire: Week 6 Waiver Wire