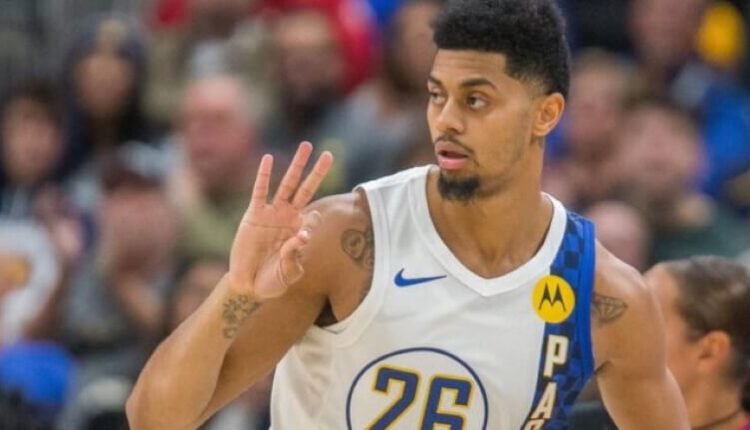 After a week without fantasy basketball, it’s time to kick things back into gear with the fantasy blacklist. I have emerged from my dark corner of the house, ready to dive into what should be a frantic end to the season. A number of you may be battling for a playoff spot. During this time, the backend of your roster is often better served as a streaming spot, making certain players candidates to be dropped. The fantasy blacklist outlines a few of the players whose time as a standard league asset has come to an end. Finding it hard to cut that one player you are hoping can turn it around? Take the emotion out of it and, using this advice, wave goodbye to those you once loved.

Barrett remains on rosters in far too many leagues. For no clear reason, people continue to fool themselves into thinking he has 12-team value. Nothing could be further from the truth at this point, especially given his rank of 445 over the past month. Granted, he has missed time with an injury during that period. However, his season ranking is not much better, placing him outside the top-330. The occasional scoring output appears to be clouding the judgment of many across the fantasy landscape. He is shooting 39 percent from the field and 61 percent from the line, both of which are severe negatives. At this stage, it is hard to see him turning things around, especially to the point where he becomes a positive contributor.

Barnes’ fantasy value is often skewed by his point-scoring ability, much like Barrett. Unfortunately, even that aspect of his game has declined somewhat over the past month. Over that period, he is averaging just 12.6 points despite playing over 33 minutes per game. Both Richaun Holmes and Marvin Bagley have been sidelined in recent times, something that should have afforded Barnes extra opportunities. Based on what we have seen, not only this season but over the course of his career, there is no reason to think he can magically flip the switch. Barnes is better left for someone else to deal with unless you are desperate for points.

Lamb has actually had 12-team value over the past month, albeit towards the back end. Unlike the previous two names, Lamb has a demonstrated ability to be a regular contributor. Unfortunately, the Pacers are beginning to get healthy and Lamb is likely to suffer the most moving forward. Victor Oladipo is freshly back from a long-term injury lay-off and is slowly ramping up his production. Given Lamb has failed to reach any great heights thus far, his immediate future is certainly not the brightest. If you are holding him in a 12-team league, wandering eyes may lead to a player with significantly more upside.

Porter had been playing well prior to his recent injury, putting up second-round value over the past month. Based on this, he may seem like a strange addition to this list. However, during his stretch of fantasy relevance, the Nuggets were without a number of regular rotational pieces. As he nears his return, the path to playing time is decidedly more congested. During the early stages of the season when the Nuggets had everyone available, Porter struggled to carve out a meaningful role. Granted, he has played well enough to be an every night part of the rotation and should be on the floor. Unfortunately, he is going to be battling proven contributors and the minutes could be insufficient in terms of 12-team value.

Tucker is an interesting case given his role as the starting center for the Rockets. The playing time has never been an issue for Tucker and that seems unlikely to change moving forward. His production, however, has been wavering of late, especially since the move to center was first introduced. After it was announced Clint Capela had been traded, Tucker was seen as a winner and was subsequently added across a number of leagues. That move was something many have since regretted when breaking down his numbers. The new small-ball style basically takes Tucker out of the offensive sets, relegating him to the fifth option. It also results in a number of rebounds being secured by the perimeter players, negating that aspect of his game. Unless you are really struggling for steals, Tucker is not someone to attach yourself in the long-term.