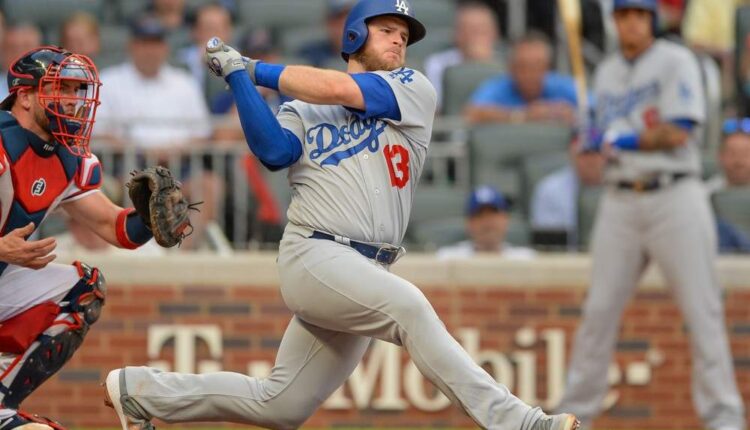 Even if you draft the best team in your league, there is so much work to be done to claim the title. These seven things can save your season if it starts going south. Applying them will make sure you remain competitive at all times in your fantasy baseball league.

Do You Want to Save Your Season? Here Are Some Pointers:

1) Preparing for your Draft

I won’t sit here and tell you that your draft will go exactly as you planned. That’s highly unlikely, especially if you are in a competitive league. Sometimes, the player you are expecting in a specific round will get picked up right in front of you. Other times you will make a choice thinking that a player you didn’t pick will be available the next time you choose, only to come up empty-handed when you are up again.

However, the more you can prepare, the better your draft will go. If you do your homework and stay up to date with the latest news and developments, create and check your cheatsheets, use your rankings and tiers and read FantraxHQ’s content, you will be ready to respond to unexpected scenarios.

Making at least one mock draft in the platform you are going to make your real-life, official draft is also very useful. It will allow you to get familiarized with the players’ average draft position, or ADP on that site. Also, it will let you detect late-round sleepers and value picks.

Buy or subscribe to a draft guide, read projections and analysis, identify sleepers and busts, check positional rankings and do what you have to do to be the most prepared team owner in your draft.

2) Using the Tiers of Heaven!

You might say that creating and using tiers could belong in the draft prep section, but it is such a helpful tool that I decided to list it separately.

Dividing players into tiers can really save your season because that way, you will be more prepared to make a similarly-rated pick than the one you planned instead of reaching for something else out of desperation.

Making tiers refers to putting players of a specific position into groups. The players that belong to a group are similarly skilled. There is a dropoff in talent between different tiers. This will help fantasy owners identify whether a gap in talent between two or more players is small or big.

Imagine you are currently drafting your team. You find yourself in need of a third baseman, and you are targeting Matt Chapman in a re-draft format. The A’s third sacker gets picked before you are up, and now you are on the clock! What do you do? Your team has lots of holes and you can’t afford to waste a pick.

If you use tiers, you will now that guys like Josh Donaldson, Eduardo Escobar or Miguel Sano are in the same ballpark as Chapman when it comes to expected production in 2020. So, instead of going with name value and grabbing guys like Kyle Seager or Matt Carpenter, you can choose one between Donaldson, Escobar, and Sano.

If you need to cover both a category and a position with the same pick, tiers can also help. Let’s say you need a speedy shortstop. Francisco Lindor, Trea Turner, Adalberto Mondesi, and Fernando Tatis are all taken. You can check your tiers and you see that both Jean Segura, Amed Rosario, and Elvis Andrus are in the same group. Consider team, position in the lineup and contributions in other categories as tie-breaking factors and take your pick!

You should explore the trade market as many times as it is necessary. And since we are continually looking for value, you need to target those struggling stars that are off to bad starts. Selling the batter that is playing over his head for a more stable asset is also a good idea.

That’s what the “buy low” and “sell high” concepts are all about: value. Matt Boyd’s fast start last season may or may not have been sustainable, but if you can get, say, first half Jack Flaherty, you do that in a heartbeat.

Mastering the trade market can really save your season. It can even help you overcome a sluggish draft.

To be good at buying low and selling high, you should look for certain stats and try to determine their sustainability. Fantasy baseball, after all, is all about trying to predict future performance.

For batters, we can look at their BABIP (batting average in balls in play,) HR/FB ratio, fly ball percentage, hard-hit rate, average exit velocity, wOBA, xwOBA, strikeout rate and swinging strike rate. There are more, but those are my favorites.

For example, a speedy batter with a 25% line-drive rate and a hard-hit rate north of 40 percent shouldn’t have a .220 BABIP. That would be an aberration, and we can expect that hitter to enjoy positive regression sooner than later.

Now, a player pushing 40 years old, heavy-footed and with an extreme 50% fly-ball rate (look for pop-up rate, as well, as those are the easiest outs other than strikeouts) is likely to have a low BABIP and, therefore, a low batting average.

Here are some buy-low pitchers to consider, as long as we are in the subject. And here are some trading tips ahead of the 2020 season.

In 2018, I nabbed Eddie Rosario who was dropped by a frustrated owner on April 29. He went on to finish with 24 home runs, 87 runs, 77 RBI, 8 steals and a .288 average, nearly identical numbers than the ones he had a year before in his breakout season. Why did his owner give up on him after just a couple of weeks? Beats me.

In 2019, my waiver wire pickup of the year was none other than Eduardo Escobar. Yes, someone dropped him in the first few weeks of the season. He scored 94 runs, busted 35 round-trippers and drove in 118 runs.

Paying attention to the waiver wire and free agency is one of the things that could save your season. I have no doubts about it. In fact, I won trophies thanks to those guys and a couple more.

It didn’t happen to me, but I’m sure many owners found Jose Ramirez and Jack Flaherty floating on waiver wires at some point. You don’t want to log off for three days and find out that your fiercest competitor grabbed a player like that from waivers and you could have prevented it.

I have always said that leagues aren’t won in the draft. They are won during the long, grueling season by finding injury replacements and closer handcuffs, trading for good players, paying attention to the wire and to free agency. To paraphrase Sylvester Stallone in Rocky Balboa (2006): That’s how winning is done!

Being aware of the latest injuries, closer changes, transactions, trades, minor league assignments, and related things will give you a competitive edge because you will be prepared for anything that the season throws your way.

You can draft the best team ever, but if you stop paying attention for two months, you will find yourself out of playoffs spots. But if you return and invest some time in your craft, you could save your season.

I’m not saying that you need to treat your fantasy team as an 8-to-5 job. I’m saying that just setting your lineups every day won’t cut it.

You will be facing all types of owners: the great drafter, the one making five adds per day, the trading maniac, and the all-around beast. To compete with them, you need to know what you are doing.

If your league is big, or if it is competitive, there will be a moment in which the waiver wire will look like a graveyard: full of dead people (I kid, I kid, but you get the point.)

Sometimes, if there is nothing worth grabbing on the major league front, you can put your eye on the minors. Prospects can save your season: they’ve done it for me on more than one occasion.

If you need, say, stolen bases, and it’s June already, you might consider Braves prospect Cristian Pache. He has stolen as many as 32 bases in a season in the minors and carries good SB potential for the summer if he gets the call.

Of course, be realistic. Don’t pick up Matthew Liberatore if you are in a re-draft league. He hasn’t played in Class A-Advanced ball yet.

However, if you need strikeouts and good ratios near summertime, take a look at a guy like the Phillies’ Spencer Howard. He should be up at some point this year.

Personally, I try to target prospects in teams that have clear playoff hopes but aren’t powerhouses. The “Superteams” are less likely to call up a prospect because chances are that they have another capable replacement in the big league roster. That way, they won’t have to bring the prized prospect to the bigs yet and start his service time clock. Think of the Astros, Dodgers, and Yankees, for example. They would make the call if they need the player, yes, but chances are they can get by without him.

Rebuilding teams, on the other hand, are likely to play the service time game in order to better align their contention window. Think of the Marlins, Tigers, and Royals, for example.

That’s why I prefer to put my eye on prospects in the Brewers, Rays, Twins, Indians, A’s, Phillies, Reds, D-Backs, and Padres. Those teams are likely to need all the help they can get in their quest to make the postseason. And they won’t get picky with their spots and chances: if the prospect can contribute, they will most likely call him up.

Fantrax provides the best prospects coverage in the industry, led by Eric Cross. You can find dynasty rankings as well as other useful resources here.

I personally love players with positional flexibility. Of course, they have to be good and offer actual help in, preferably, several categories.

Targeting players like Max Muncy can save your season. Believe me. It will allow you to react to injuries and playing time issues in a much better way.

Muncy, for what its worth, is eligible to play first, second and third base in most leagues. That positional flexibility comes in handy if your regular second-sacker or third baseman gets injured. You can find the best replacement in the wire, and the best thing is that this player you will pick up can be a 1B, 2B or 3B. You can slot the Dodgers’ slugger accordingly afterward.

The same happens with pitchers that are eligible for both SP and RP slots, especially if you punt saves like me. Do you want to give yourself the weekly edge in wins, quality starts and strikeouts? Do you want to do it while still having a fighting chance on the ratios? Put starters in RP spots if they are eligible. Max Fried, for example, fulfilled the criteria last season and Dustin May will let owners enjoy that benefit in 2020.