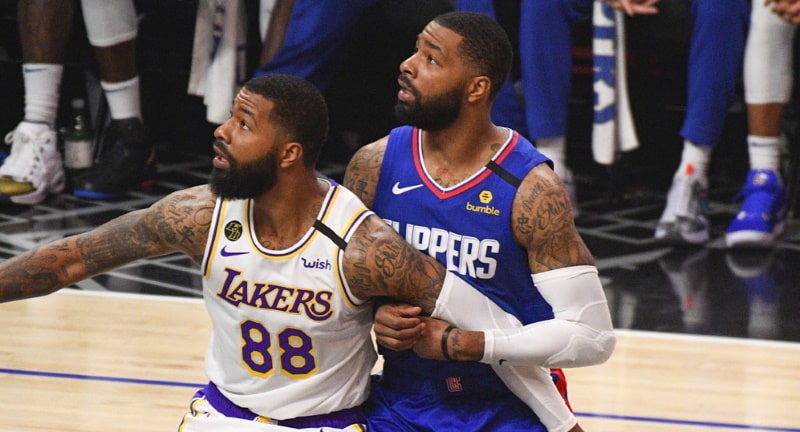 In many leagues, fantasy owners are gritting their teeth headed into the final weekend of the regular season. It’s all or nothing time.

The final week of the fantasy regular season is very unique and unless you’re in a keeper league, it’s time to go for broke. There is no need to hold on to any player if their stats are meaningless. I get it, like anyone it’s hard to part ways with a top 75 player, but if they’re a predominant scorer and you have a strong lead in points but trailing in other categories, it’s time to dump the guy.

Obviously, I’m not telling you to dump top-tier talents, but essentially the bottom half of your roster should all be expendable to pick up needed stats at this juncture. If you’re in a playoff race, it doesn’t matter how exciting Lamelo’s potential comeback could be, he ain’t helping you now.

I’ve mentioned him in passing in regards to other players, but Jae’Sean Tate really deserves his own write-up. The undrafted forward has been averaging 14-5-5 in the last two weeks and has 2 or more steals in 4 of his last 6 contests. He’s finally found the sweet spot above 30 minutes a game for the struggling Rockets, and while Houston is limping to the finish, they remain littered with intriguing streaming options.

It has been announced that Kawhi Leonard will miss the next week, meaning the Clippers will likely lean heavily on Marcus Morris in his place. If you’re in a race for scoring and three-pointers, the veteran forward projects to be a great source of both, jacking up 8 triples in the Clips last game in Portland. Morris should also tally at least 5 boards but could trend even higher to around 10 with the right minutes.

The biggest thing for Cole Anthony’s production has all been usage. He’s spent most of his time coming off the bench, but nearing the end of the 20-21 campaign the Magic have finally inserted him in the starting five, and it’s paying off.

Over his last three starts, Anthony is averaging 31 minutes, 17.3 points, 7.3 assists, 5.3 rebounds, 1 steal, and nearly a block per game. While he isn’t necessarily a big guard, he uses his body well and trends to be a great rebounder for his size. Though this looks a bit like a blip amongst his other recent performances, this could be the norm if he is given the court time.

This pick-up is about one statistic only, especially because the Knicks only have one game this weekend. But as many fantasy managers know block totals can end up in the teens in many matchups. That being said Nerlens Noel has picked up 2 or more blocks in 9 consecutive games. In an open free agency league, owners can pick him on a Friday and drop him on Sunday and it would be certainly worth it, be more careful in stricter formats.

Due to an uptick in usage and his own play, Derrick White has been an extremely steady contributor over the last couple of weeks. The young guard isn’t likely to have scorelines that jump off the screen but if you’re a fan of 15-5-5 with a + FT% and three-pointers made, he is a solid choice headed into the weekend.

He’s made a number of these lists but a confluence of events in Detroit make him even more promising this weekend. The Pistons are in full-on tank mode and seem to be resting veteran front-court players every other game. Without Mason Plumlee or Jerami Grant, Saddiq Bey’s usage and importance to the team sky-rockets. The Rookie forward is certainly an ideal pick-up for points and threes, but also shows an improving value in defensive stats.