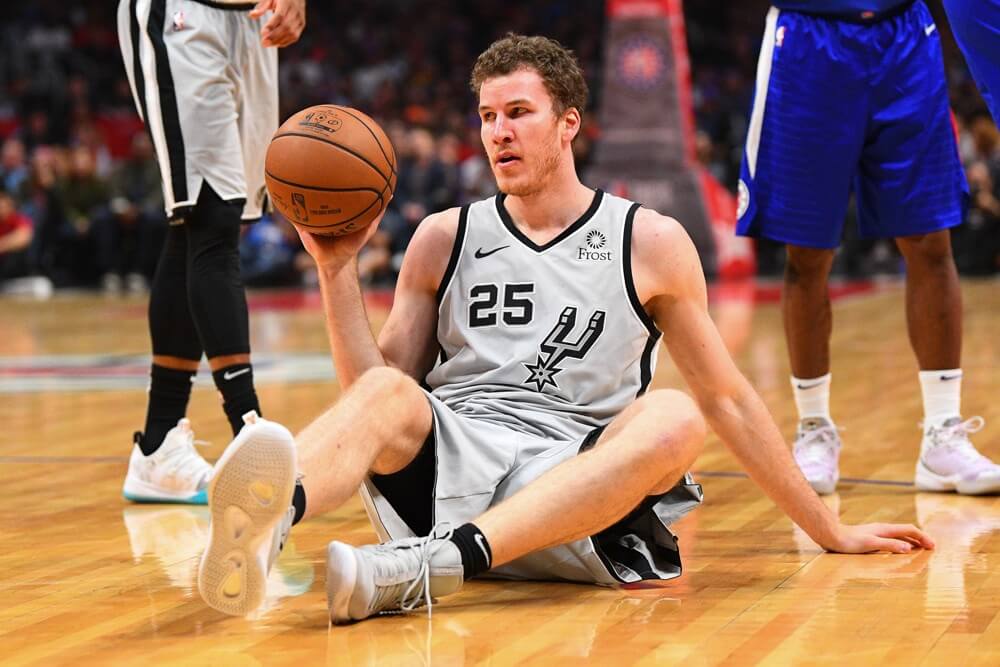 Another great weekend to steal head-to-head stats at last call, and maximize your games played to end the week. Again, all of the players listed here have two games in three nights to cap off the fantasy week. As you’ll see right off the bat, some of these fantasy basketball streamers may be worth keeping well past the weekend.

So there is a chance he may not be available in your league… But if he is, it’s time to pick him up. In the absence of both De’Andre Hunter and Cam Reddish for an extended time, and John Collins floating around as a potential trade target, Danilo Gallinari is a must grab. The veteran forward had dropped 20 pts and 5 rebounds in 4 of his last 6 outings.

The now established starting center for the Spurs is starting to heat up. With back-to-back double-doubles including a 4 block effort, the seven-footer isn’t just seeing an uptick in usage and minutes, but actual statistical output. It’s taken him time to settle in, but he should see his minutes stay around 28 minutes a game, and at that clip, he should be good for nearly a double-double every outing. He is absolutely a weekend streamer with 2 games in three nights, but just like Gallinari, he is likely a long-term roster spot if you’re in need of the much-coveted center position.

Despite barely averaging 20 minutes Robert Williams is averaging 11.3 points, 9,2 rebounds, and an astounding 3.5 blocks over his last 6 games. Fantasy owners must be yelling at their computers for Brad Stevens to loosen the reins on the third-year center. He’s been so effective in so few minutes he has at least 2 blocks in 7 of his last 10 games and shot well over 70% in that time. If you’re trailing in rebounds, blocks or FG% headed into the weekend, Williams is unequivocally the best man on the market, and still available in over a quarter of Fantrax leagues.

Okay, I know… He has yet to live up to the amount of gusto fantasy articles, including my own have thrown his way. His biggest issue is shooting volume. Saddiq Bey has taken 10 or fewer shots, 5 times in his last ten games. Generally, like most inexperienced players, when he isn’t scoring he isn’t doing much else well either. In the short term, Bey is an amazing add if you’re chasing threes, averaging 2.9 a game since becoming a starter on February 14th. In the long run, with the number of minutes and opportunities he’s being afforded, the Villanova product is likely to get more confident and produce performances like last night’s 28 & 12 (rebs) with 6 threes performance.

I’ll be straight up here, I have a bias towards Tomas Satoransky, He’s been a successfully deployed glue guy for some of my most successful fantasy teams of the past. “STAToranksy” as he is affectionately known was input into the starting lineup two games ago, shifting Coby White to the bench.  It’s honestly surprising it took Billy Donovan this long. White and Zach LaVine never really made sense on paper or on the court. Despite LaVine’s amazing rise as an all-around player this year, both he and White are essentially shoot-first, undersized 2 guards.

But back to the basics, and what readers are here for, Satoransky can help your team. The former Wizard guard won’t likely score 25 points or produce many outlandish score lines, but in his first two starts, he’s averaging 10 points, 7 assists, and 2 steals. Even more important than that he logged 30+ minutes each night, and his track record is incredibly strong when he’s given minutes. In 2018-19 he started 44 games and averaged 11.7 points, 6.7 assists, 4.7 rebounds, 1.2 steals, and 1 three, stats like that would make him rosterable in most leagues today!

At least for this weekend, as a starter, Satoranksy will absolutely boost your assist and steal output. If he can remain in the starting five all of his stats should see a steady uptick as he adjusts, and becomes more comfortable in his larger role.

If you enjoyed Michael’s latest fantasy basketball streamers, then you probably want to check out the latest Fantasy Basketball Waiver Wire.