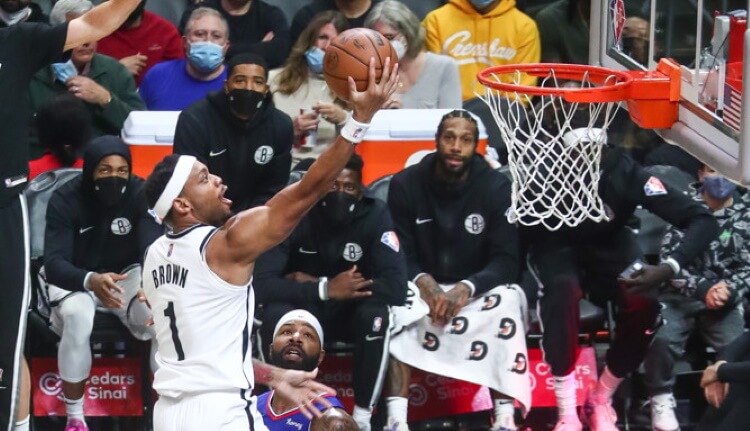 Fantasy Basketball playoffs are now in full swing! With just three weeks left in the NBA season the fantasy basketball schedule is coming to a close but congrats to everyone still in the mix! The waiver wire remains as crucial as ever in these pivotal matchups. Here are five players you need to add who are set to make a significant impact for the remainder of the season.

Who needs James Harden when you got Bruce Brown racking up the stats baby! Brown is an absolute must-add posting double-digit points in eight straight games and putting up top-35 value over the last month. Brown had quite the week averaging 14.8 points, 7 rebounds, 5.3 assists, and 1.3 steals. In three of those four games, Brown posted at least 15 points, 7 rebounds, and 5 assists. Not too shabby folks! The Brooklyn stars are sure to have their rest moments down the stretch as the playoffs loom. Like I mentioned…must add!

It sounds like Nuggets Head Coach Michael Malone has finally given the keys to rookie Bones Hyland to run the offense. Hyland received the most minutes he’s seen all season averaging 28 on the week and the stats certainly followed. The 21-year-old posted 16.5 points, 4 rebounds, 4.5 assists, 1.0 steals, and 2.8 3PTM on the week and was amazing Friday night dropping 17 points, 7 assists, and 3 steals in 35 minutes of action.

Brandon Williams is earning himself a contract with the Portland Trail Blazers after starting at point guard and filling up the stat sheets in the process. The rookie out of Arizona is playing some great basketball averaging 17 points, 3.8 assists, 1.0 steals, 1.0 blocks, and 2.3 3PTM last week. The 22-year-old has posted two 20-point, 5 assist games over his last four and it’s a four-game week upcoming for the Trail Blazers this week. Great add

De’Aaron Fox is nursing a sore hand at the moment and with the Kings at the bottom of the standings, there may not be much incentive to bring him back. Insert the rookie Davion Mitchell who’s been great at times already this season is back at it once again. Mitchell is fresh off a career-high 28 points while adding a killer 9 assists and 4 3PTM. Mitchell has now scored in double-figures in five straight games scoring at least 16 points in three of his last four games. That’s now three straight games over 30 minutes for Mitchell so he deserves our attention and a roster spot.

The Washington Wizards still have some slim playoff hopes thanks to the new 10-team playoffs but it’s the youth movement in Washington. Corey Kispert is getting his chance to shine, and the rookie is on a roll and perhaps getting a spark from his Gonzaga Bulldogs in the March Madness tournament! Kispert has now scored double-digit points in five of his past six games averaging 15.6 points and 3.0 3PTM. If you need some deep league points and threes then Kispert is your guy!