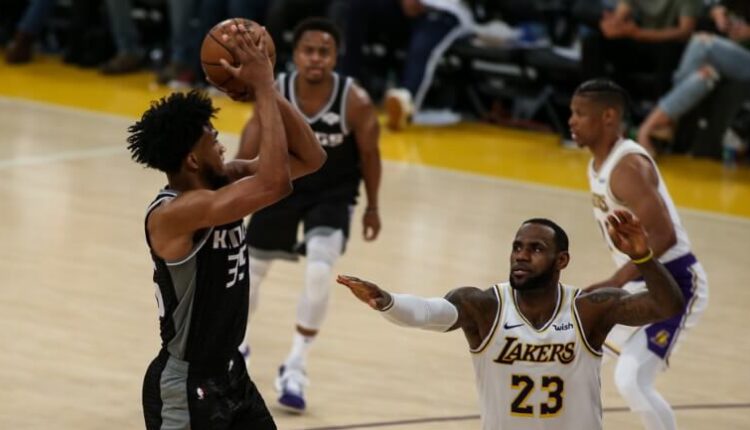 Time certainly flies! With just four weeks left in the NBA season the fantasy basketball schedule is winding down! Some fantasy leagues start playoffs today while others begin the dance next week. No matter the case it’s crunch time and every move remains crucial! Here are four players you need to add during these intense times! Good luck to everyone in the playoff picture!

Since we’re speaking of crunch time, there’s no better place to start than revving up our engines with Marvin Bagley baby! Marvin Bagley III has his pistons firing on full cylinders at the moment and is a must add in fantasy. Here I am talking cylinders and I’m not even a car guy. I can appreciate the nice ones and Bagley sure is looking nice right now. Bagley has posted 17.5 points, 9.5 rebounds, and 1.0 steals over his last two games. The 22-year-old has finished with at least eight rebounds in four of his last five games and has two double-doubles over his last four. It’s a dream scenario for the former second-overall pick as Pistons Center Isaiah Stewart is out this week. Bagley’s turn to shine so rush to the waiver wire to snag this league winner.

The Portland Trail Blazers are literally rostering one of the least talented starting lineups in the NBA with no one from their opening day lineup in the rotation. Enter undrafted forward Trendon Watford who is balling out right now for the Blazers. Watford is averaging 18 points, 7.5 rebounds, 2.5 assists, and 0.8 blocks over his last four games and is averaging 24.5 points over his last two games. He is a must add right now getting over 32 minutes a night.

*Deeper league adds on the Blazers: Drew Eubanks and Brandon Williams who are also in the starting lineup.

The Indiana Pacers are another team dealing with a slew of injuries and Isaiah Jackson is taking full advantage. Goga Bitadze has been a hot waiver wire name of late but he’s also out with a foot injury paving the way for more minutes for the rookie out of Kentucky. Jackson is now averaging 13 points, 9.3 rebounds, and a massive 2.3 blocks per game over his last three. Jackson has totaled at least two blocks in five straight games including at least 12 points and 8 rebounds in two of three. He’s a must add.

Even if it’s for only one start, Hassan Whiteside is worth the add. Rudy Gobert missed last game with a foot sprain and there’s some chatter starting that he could miss another game or two. Whiteside puts up game changing numbers when he starts as he if fresh off a 12-point, 21-rebound and three block performance Saturday night. He needs to be in all lineups of Gobert is out.

When the veteran forward Danilo Gallinari starts, he needs to join your fantasy lineup. John Collins seems to dealing with a more serious foot injury than once thought which slotted Gallinari into the starting lineup where he posted 15 points, 5 rebounds, and 5 assists. You cannot go wrong with those stats folks! He’s an amazing source of threes which make him an excellent add. Upwards and onwards, we go from beyond the arc!