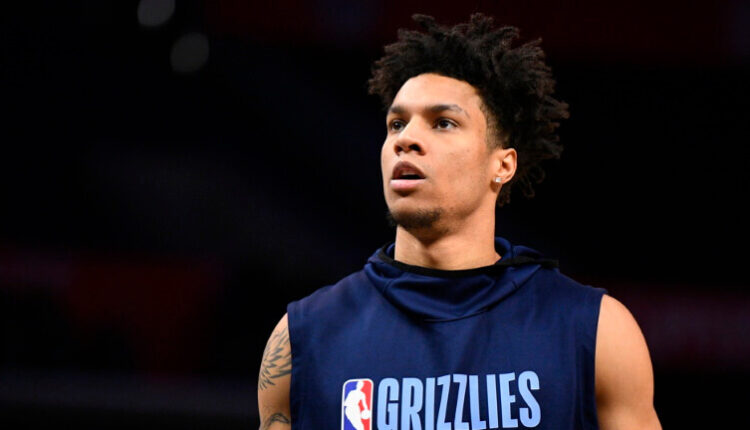 Welcome to week 13 of the fantasy basketball season! We are closing in on halfway through the NBA season and it’s time to make big changes if you’re on the outside looking in on a fantasy playoff spot. Here are a few names who are ready to make an impact to your fantasy rosters and set for a bigger role…

One thing that’s always key in fantasy is, have you got the job done before? The answer is yes with third-year pro Brandon Clarke. Clarke has had his moments thus far averaging 15 and 8 for a week last season in March and he’s starting to get his swagger back posting double-digit points in six straight games. During that span, Clarke is averaging 14.8 points, 7.8 rebounds and 1.7 blocks per game and has posted 16 points and 9 rebounds over his last two. The Grizzlies don’t have much depth in their frontcourt making Brandon Clarke a great add for your fantasy team.

What a surprise. Anthony Davis continues to miss time due to injury leaving a major void in the Lakers offense. Insert Talen Horton-Tucker who has shown many signs in the past looks to be hitting his stride in the purple and gold. THT aka dynamite is averaging 17.7 points, 4.0 assists, 1.3 steals and 1.7 3PTM over his last three games and has posted at least 19 points and 5 assists in two of his last three games. As long as THT has LeBron James support who he had rocking Friday night after an electric dunk, he’ll continue to garner the minutes in La La land. Expect the production to continue for Horton-Tucker as the Lakers have won four of five compared to a big losing streak prior.

Speaking of thin front-courts, it doesn’t get much thinner than the Detroit Pistons. Isaiah Stewart at 6’9 logs the center minutes for Detroit and no one else is in line besides Trey Lyles. Pick him up! Lyles posted a monster 28/8 line two and half weeks ago before entering Covid protocols. Over his last three games now the big man is averaging 14.3 points, 8.7 rebounds and 0.7 blocks. He’s also posted 22 points and 10.5 rebounds in his last two games where he’s played over 28 minutes. Expect more solid production from Lyles in Detroit. This motor is not running out any time soon.

Lance Stephenson is back! The Pacers is signed the 31-year-old for the remainder of the season and no wonder because he’s been their best player besides Domantas Sabonis for the past week. Sir Lance is fresh off dropping 30 points last week and followed that up with a 16-point, 6-rebound, 14 assist, and 4 steal performance on Saturday. That’s 23 points and 9.5 assists over his last two games. Malcolm Brogdon continues to miss games more often than I have to change my weekly bread purchase. Pencil in Stephenson for solid contributions going forward…