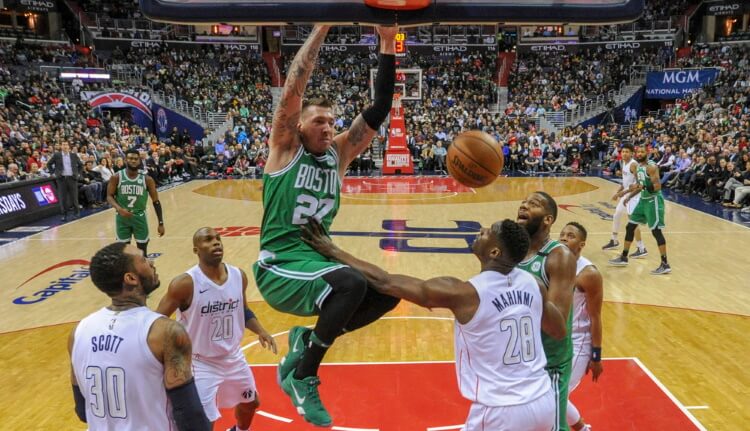 As we approach the end of the NBA regular season, we have reached the final weeks of the postseason for fantasy leagues. But despite this significance, NBA teams don’t care, as many of them are opting to rest their stars either in preparation for their own postseason runs, or to tank for a higher draft pick while trying out the youngsters on the team. This means we have to be proactive with our fantasy teams, ignoring a player’s pedigree in favor of who can help us win strictly in the next week or two. As a result, it has never been more important to pay attention to the rising and falling stock of players across the league, making sure to jump on anyone whose stock is ascending as the season nears its finish. So let’s dive in and examine some of these players around the league who look poised to make a major impact down the stretch.

With Jerami Grant ruled out for the remainder of the season, Marvin Bagley should see as many minutes as he can handle down the stretch, and he has already taken advantage of it in a big way. Seeing 35 minutes in each of the last two games, Bagley averaged 26 points and 6 boards, shooting a wildly efficient 70% from the floor. The former second overall pick has now scored in double figures in 13 of his last 14 games, even adding multiple steals in six of his last 11. Bagley’s stock is the highest it’s been in a very long time, and you should take advantage of his production, as the tanking Pistons let him loose over their final games.

Robert Williams is out for the rest of the season, meaning Daniel Theis is the next man up in the Boston frontcourt. The big man saw 41 minutes last game and double-doubled with 13 points and 10 rebounds, adding 2 assists, a steal, and 2 blocks, making for a very enticing and very repeatable fantasy line. Theis is extremely capable of consistently producing solid defensive numbers and even chipping in the occasional three-pointer, making him a strong fantasy target to close out the year with the Celtics actively trying to win the top seed in the East. Expected to see 30+ minutes in every game down the stretch, the big man’s stock is quickly on the rise.

With Ja Morant set to miss most of, if not the rest of the regular season for the Grizzlies, De’Anthony Melton has stepped into a much larger role within the offense since their young superstar got hurt. Across his last five games, Melton is averaging an impressive 20.6 points, 5.2 rebounds, and 5.2 threes, helping Memphis win five straight. The minutes have still been less than ideal, averaging just over 22 per game in that span, but a healthy 26.1% usage rate suggests that he should still have plenty of opportunities to produce down the stretch. And if the minutes increase due to his strong play, those numbers could skyrocket even more. Melton’s stock is already on the rise, and the potential for even more production makes him a highly intriguing option over these final two weeks.

With Kyle Kuzma out and the Wizards all but eliminated from playoff contention, Deni Avdija has been handed a much larger share of the offense, as the team looks to further develop their 21-year-old lottery pick. Avdija has seen around 30 minutes per game across his last five contests, and the second-year wing has had the second-highest usage rate on the team behind only Kristaps Porzingis during that time. Averaging 14.2 points, 6.8 rebounds, 3.6 assists, and 2.2 triples, Avdija offers solid across-the-board production with great positional utility as well. The Wizards have no reason not to let him play freely down the stretch, so his stock should keep increasing as his minutes and numbers continue to rise.

After missing the majority of the season with a back injury, Brook Lopez has worked his way back into the starting lineup for Milwaukee, and his minutes have finally reached a level where he can provide value for fantasy teams. The veteran big man played 28 minutes on Thursday, his most of the season to date, and he should continue to be an effective option the rest of the way. Even with his minutes slowly ramping up, Lopez managed to score in double figures in four straight, tacking on nearly 5 boards a game with 1.0 threes and 1.5 blocks in that span. His stock is rising at the perfect time, and it should only go up as his minutes and rhythm continue to improve over these last two weeks.

Fantrax was one of the fastest-growing fantasy sites over the last few years, and we’re not stopping now. We are the most customizable, easy-to-use, and feature-rich platform in the industry, offering the greatest fantasy experience for your dynasty, keeper, redraft, and best ball leagues. Fantasy sports doesn’t sleep, and neither does Fantrax, with seasons running 365 days a year. Take your fantasy leagues to the next level now at Fantrax.com!
2021-22 Fantasy Basketball Stock Report
Share