State Of The Bullpen: 2020 End Of Year AL Edition 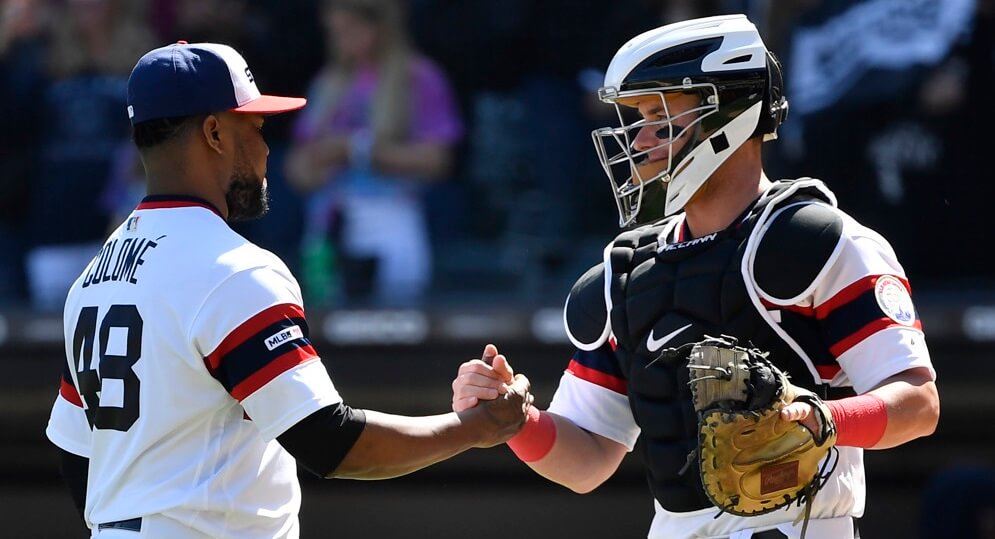 Last week, I brought you the State Of The Bullpen: NL Edition. This week, we go over the American League and do a quick review of the closer position and a look ahead to 2021.

AL East State of the Bullpen

This bullpen was already a mess going into the year, and the end of it brought no clarity. You have to go all the way back to Zack Britton in 2016 to find a reliever with more than 20 saves in Baltimore. Hunter Harvey was thought to be the guy going into the season, but an elbow injury forced him onto the injured list to start the year. Harvey managed 8.2 innings with six strikeouts, four runs, and did not record a save.

Cole Sulser started the season as the Orioles closer and finished with a team-high five saves. But he struggled to hold on to the job, and by the end of August, he could no longer be trusted in the ninth inning. Cesar Valdez finished the year getting the save opportunities and converted three of them.

This is a young, improving team that can score some runs and keep a team in the ballgame. A legit closer would go a long way. I’m just not sure there’s someone like that on this roster, and we’re probably looking at throwing a dart on Harvey again going into 2021.

Matt Barnes was a popular late-round middle relief target for strikeouts going into 2020 after a strong 2019 season in which he posted a 3.78 ERA and 38.6% strikeout rate. Despite not having similar success in 2020, he stepped into the closer role once Brandon Workman was traded and converted nine saves for the Red Sox. While the strikeout rate dipped to 30.4%, the walk rate was right in line with 2019 at 13.7%. He’s a volatile reliever that won’t help ratios but could get some strikeouts and saves if he remains in the closer role.

Given that this team will be getting Chris Sale and Eduardo Rodriguez back in 2021, could they be in the market for someone like Liam Hendriks, Brad Hand, or Alex Colome? It’ll be interesting to see how it plays out and which way the franchise wants to go next season. Darwinzon Hernandez might be their next best in-house candidate, but he’s got a couple things working against him. One, he’s one of the only left-handed relievers on the roster, and two, he walks everyone. Well, 20% of everyone.

With just about everyone returning for the Yankees next season, this situation is one of the easier ones to forecast. Aroldis Chapman remains a top-five closer while Zack Britton, Adam Ottavino, and Chad Green return to keep one of the deeper bullpens intact. Among relievers with at least 10 innings pitched in 2020, Chapman’s 40% K-BB rate ranked second to only Devin Williams. So despite accruing only three saves, I wouldn’t worry too much about Chapman going into next season.

This one is always an interesting one to look at. Any time the Rays took the lead into the ninth, it was anyone’s guess who it would be to come out for the save. Twelve different relievers converted a save for Tampa Bay this season, 12! In 60 games! This does speak to the depth there is in this bullpen, though. Nick Anderson led the way with six saves, followed by Diego Castillo with four. Anderson was actually third in K-BB rate at 39.7%.

Perhaps the second-best pitcher in the bullpen was Pete Fairbanks, who was acquired from the Rangers in 2019 for Nick Solak. He posted a 2.70 ERA with 39 strikeouts in 26.2 innings to go with seven holds and six wins. I’d still peg Anderson to lead the team in saves come 2021, but Fairbanks will be worth rostering for ratios in roto leagues and leagues that count holds.

The Blue Jays made a strong push in 2020 and made the expanded playoffs. If they plan to compete again next season, they’re going to have some decisions to make in the bullpen. Ken Giles, Anthony Bass, and Rafael Dolis are slated to hit free agency. Dolis has a club option of only $1.5 million that I imagine the team will pick up after he converted five saves and posted a 1.50 ERA in 24 innings. Could Giles return on a cheap, prove-it deal? Perhaps.

Meanwhile, Jordan Romano impressed in his 14.2 innings of work, posting a 1.23 ERA, 0.89 WHIP, and 12.89 K/9 with two saves. He’s the reliever to own long term, and the one I hope to see saving games for Toronto in 2021. Though I think it’s more likely that we see Dolis start the season with the job if the team stands pat in free agency.

AL Central State of the Bullpen

The White Sox enjoyed a successful short season, and the bullpen had a lot to do with that. Chicago had the seventh-best bullpen ERA in baseball thanks to contributions from Matt Foster, Codi Heuer, Evan Marshall, Aaron Bummer, and even their 2020 first-round draft pick Garrett Crochet. Colome was at the top, providing another great season with a 0.81 ERA and 12 saves. It’ll be interesting to see what happens with Colome in free agency. I imagine he’d want to be the closer wherever he goes, and deservingly so.

Perhaps the White Sox were foreseeing their situation when they decided to give Aaron Bummer a five-year extension before the season, buying out his arbitration years. That’s one of the reasons he’s likely to enter the season as the closer should Colome depart. Bummer posted only 9.1 innings due to injury in 2020 but allowed only one run and struck out 14 batters.

This year was supposed to be the downfall of Brad Hand and the rise of James Karinchak as the closer in Cleveland. It didn’t play out that way. Hand showed he wasn’t done yet with 16 saves that led all of baseball. While the strikeouts were down a bit, he also didn’t walk anyone, posting an impressive 29.1% K-BB rate that was actually a career-high. Hand’s contract would jump from $7 million to $10 million if the team decided to exercise their option, so it’ll be interesting to see what they ultimately do.

Should Hand depart in free agency, James Karinchak would be an exciting potential closer there in Cleveland. Karinchak had the third-highest strikeout rate in the majors at 48.6% but also had a 14.7% walk rate. Nick Wittgren could step in as the veteran of the bullpen next season, but I think(and hope) it would ultimately be Karinchak. Emmanuel Clase will be back in the fold in 2021 as well.

Joe Jimenez had a team-high five saves on the year but could not hold on to the job after posting a 7.15 ERA. Gregory Soto, a converted starter, was the best reliever in the bullpen for half the season after gaining some velocity in the pen that led to success early on. He hadn’t given up a run until August 18, when he gave up four without recording an out. He wasn’t quite as effective going forward and ended up with a 4.30 ERA with 29 strikeouts and two saves in 23 innings. In the end, it was Bryan Garcia and his 12.9% strikeout rate that ended the season as the closer. If Soto could find some consistency, he could be the best closer option for Detroit in 2021.

Before ending the season on the injured list with a strained oblique, Greg Holland had taken control of the closer role after Trever Rosenthal departed at the trade deadline. Holland finished with six saves and a 1.91 ERA. After a bounce-back season, could Holland find a home elsewhere? Doing so would open the door for a few options in the ninth inning.

Josh Staumont would be the name we all want to see close out games. The hard-throwing righty struck out 37 batters in 25.2 innings. Though a 14.3% walk rate was an issue for him. Scott Barlow and Jesse Hahn recorded a few saves for the team and could form a committee next season.

Taylor Rogers was one of my favorite closer targets for 2020, but it was a bit of an up and down year after posting a 4.05 ERA and nine saves. The 2.84 FIP, 3.28 xFIP, and 60.3% strand rate indicates he pitched a bit better than the numbers say. Some shakey outings did lead to the team going with Sergio Romo for five saves. I would expect Rogers to go into next season with the first chance to hold on to the closer job. Meanwhile, Trevor May will be a popular free-agent target for many teams after he posted a 3.86 ERA and a 32.3% K-BB rate. Tyler Duffey might have just been the best reliever in the bullpen and could take on an opportunity to close out games should Rogers struggle in 2021.

AL West State of the Bullpen

After Roberto Osuna was lost for the year to an elbow injury, the Astros looked like they’d be in trouble as Ryan Pressly struggled out of the gate. He posted a 4.22 ERA in August but seemed to be getting unlucky with a 1.50 FIP and 3.13 xFIP. Sure enough, he settled in with a 2.61 ERA in September and ended the season with 12 saves for Houston. Osuna should be ready to go by next season and would resume his role as the team’s closer, though Ryan Pressly proved that he could get the job done should they need him.

Hansel Robles proved to be a great example of the volatility we see in relievers year in and year out. After a breakthrough 2019 season, Robles struggled in 2020 with a 10.26 ERA. He managed only one save on the year. Ty Buttrey had a team-high five saves. Meanwhile, Mike Mayers perhaps had the best season with a 2.10 ERA and 43 strikeouts in 30 innings, finishing with two saves. After investing in Anthony Rendon last offseason and Mike Trout in his prime, it’s hard to imagine this team not making additions to improve this team. The bullpen will be a part of that.

The Athletics had a team bullpen ERA of 2.72 that was the best mark in the majors. Liam Hendriks was a big part of that with a 1.78 ERA, 14 saves, and a 1.4 WAR that tied Devin Williams for best among all relievers. Hendriks is sure to demand plenty of attention on the free-agent market after back-to-back dominant seasons. Joakim Soria and Yusmeiro Petit will join Hendriks in free agency. Of the options on the roster, Jake Diekman could be the best among them. He allowed only one run and struck out 31 batters in 21.1 innings.

It seemed like anyone pitching well was traded to San Diego at the trade deadline. Yoshi Hirano took over as Seattle’s closer once the dust settled, converting four saves on the season. He enters free agency, leaving it anyone’s guess as to who we can expect to close games for the Mariners in 2021. They did acquire promising young reliever Andres Munoz from the Padres, but it’s questionable whether he can be ready for the start of the season after undergoing Tommy John surgery in March.

Jose Leclerc managed only one save before a strained shoulder kept him out for the year. Rafael Montero stepped in and converted eight saves for the team. Jonathan Hernandez had a great year behind Montero with a 2.90 ERA and 31 strikeouts in 31 innings. Should Leclerc go into 2021 healthy, he could retake the closer role, though Montero proved he could get the job done as well.