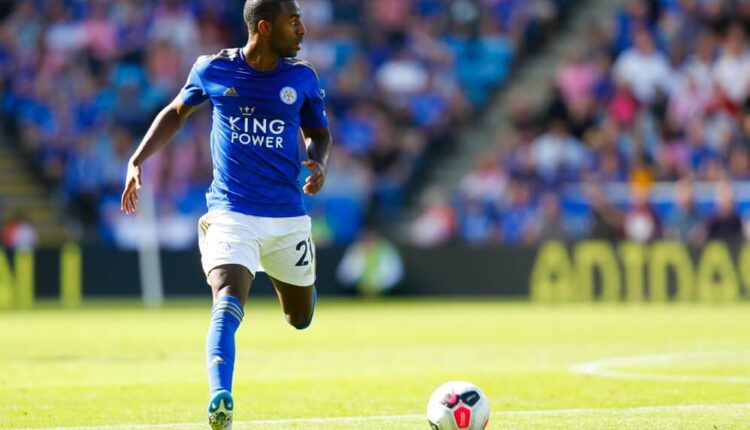 The International Break is a great time for reflection, and a great time to try and get some trades done with fellow managers. It is also a great time to take a punt on a few currently injured players during the downtime; if players are back in two or three weeks, they only actually miss one or two games! If you’re all out of FAAB, missed out on the Transfer Deadline Day signings, and your Fantrax roster needs a boost, look no further than our 5 Injured Fantasy EPL Players to Sign Now!

The players outlined below have an estimated return to play (RTP) over the next few weeks, and are well worth snapping up from the free agent pool! All RTP projections have been taken from the awesome Premier Injuries website, run by the equally awesome @BenDinnery.

Martin Dubravka is one of the best goalkeepers on Fantrax, which is proved by the fact that he was the third-highest scoring goalkeeper last season. An unfortunately timed pre-season injury has prevented him from playing so far this season, but he is due back from an ankle/foot injury on 17th October. There is a slight issue here though; the form of reserve goalkeeper Karl Darlow! The English shot-stopper has performed really well so far this season and is actually the highest-scoring goalkeeper as it stands. However, I’m expecting Dubravka to take back his position as soon as he’s 100% fit. Which looks like it’ll be Gameweek 5!

Newcastle goalkeepers perform well for two reasons. The Magpies don’t concede that many goals, but they do give up a fair few shots. This means that plenty of save points are on offer for the goalkeeper!

Burnley performed really well without their club captain at the end of last season, keeping several clean sheets and generally looking like they didn’t miss Ben Mee. However, this season is a different story. Probably more so to do with James Tarkowski also missing the Clarets’ first two games, but Mee has certainly been missed too. I do love a bit of Burnley, and would highly recommend bringing Mee into your squad if your defense needs a little boost. Burnley will improve and hopefully start providing us with some solid defensive assets once again. Hopefully, the English center-back is in the starting eleven for the Gameweek 5 trip to The Hawthorns.

I’ll be honest with this one. Pablo Hernandez was a free agent in all my leagues until this week, but I didn’t put a single claim in for him. I do get his appeal though. Leeds have started the season really strongly, especially from an attacking perspective. And prior to his Gameweek 1 injury, Hernandez was nailed on in an attacking midfield role for the Premier League newcomers. The Spanish veteran is worth a punt if you’re struggling for midfielders!

Another defender, and this time its Gary Cahill. The Crystal Palace war horse performed really well last season when many thought he was past it. The former England international is due back from injury soon, and he’ll go straight back into the team. During the second half of last season, Cahill was a consistently good performer, with double-digit scores coming fairly frequently. If you need a solid DEF3/4 and the free-agent pool is pretty bare, I highly recommend taking a look a Cahill. The Eagles kept a fair few clean sheets during Project Restart. Fellow Palace defenders Tomkins and Van Aanholt are also due to return soon, and are also worth a look!

And finally, the biggest name currently returning from the long-term injured list. Ricardo Pereira suffered an ACL injury back in March and is currently working his way back to full fitness. During the pre-season we warned Fantrax managers that he wasn’t due to return until November, and probably wouldn’t be playing regularly until the end of December/start of January after such a serious injury. Despite these concerns, Pereira was drafted in every single league I am part of. And he was drafted around the 10th/11th round in every one!

With 79% ownership on Fantrax, Pereira is unlikely to be a free agent. But this is the point where I would be looking for a trade for the Portuguese right-back. If his owner is towards the bottom of the league or has lots of question marks over his players, now is the time to exploit that. Send across some trade offers to try and acquire Pereira now!

I realize the above features only goalkeepers or defenders, so here are some non injured Fantasy EPL players that I would also target for free agent pickups. Why am I adding this bit in? Because I’m nice like that!

Michy Batshuayi: I drafted him in all my leagues prior to his move to Crystal Palace. After two defeats in a row, surely Uncle Roy will turn to the Batsman for Gameweek 5!

Carlos Vinicius: If you own Harry Kane and have a spare spot in your roster, please consider picking up Vinicius. He’ll take over when Kane suffers his inevitable once a season ankle injury.

Ademola Lookman: If he wasn’t picked up on waivers and you’re in a 10 or 12 team league, please sign this man. Yes, Lookman now plays for Fulham. Yes, they are destined to be relegated. But Lookman has great potential on Fantrax. In Gameweek 4 he played 23 minutes and gained 7 points…

Trezeguet: If a fellow manager (Hi @benchickens) dropped this chap prior to the Liverpool game, take full advantage of that. He’ll keep Traore out of the side for the time being.

Yves Bissouma: I’m always banging on about Bissouma. The Brighton midfielder has gained score of 7 and 19 if we’re discounting his Gameweek 2 red card display. Under the radar and consistently scores well.

Tanguy Ndombele: This is an obvious one, but sign up Ndombele if you can. Scored in Gameweek 4 and it looks like he’s slowly getting up to speed in the EPL.

Joel Matip: With the shocking form of Joe Gomez, it looks as though Matip will come straight into the team once he’s fit. Although a Liverpool defense without Alisson in goal isn’t the same. At all.

Kenny Tete: This chap has put in some incredible attacking numbers during his 129 minutes of EPL action. I know he plays for Fulham, but worth a free agent pick up!

Phil Bardsley: Burnley will improve at the back when Mee returns, so Big Phil is a defender on the rise and should be a free agent in basically all leagues.

Looking for some Top Tips For Trading During The International Break too? Check out this amazing resource!

Alec Bohm: Star In The Making

State Of The Bullpen: 2020 End Of Year AL Edition