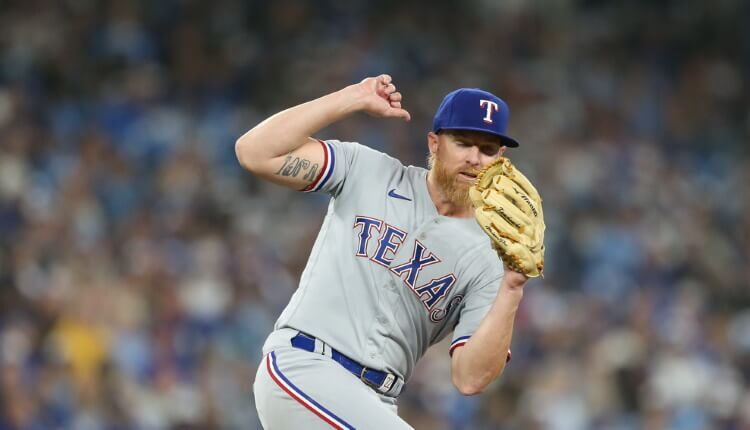 We are all looking for a bargain on draft/auction day, aren’t we?  When it comes to pitching, the risk of injury becomes that much more important.  Even if you aren’t hesitant to spend an early-round draft pick on a pitcher, identifying that late-round steal is vital for fantasy success.

How To Identify Buy-Low Pitchers

When I try to identify a pitcher to target, there are three skills I generally look for:

If someone has two of the three skills, there’s a chance for success and they fall on my buy-low radar.  If they have all three?  You’d better believe that they are firmly on my target list.  While it doesn’t guarantee success, the potential is there.

With that in mind, let’s get to a few of my buy-low pitchers for the coming season.

That seems odd, especially when Gray continues to show the skills needed to routinely thrive.  In 2022 he posted the following:

Injuries limited him to 37.2 IP after the All-Star Break, and that’s the big question hanging over Gray.  Since 2019 the most innings he’s thrown is 150.0, with 172.1 IP being his career high (2018).  If he stays on the field his upside is far greater than the others in the ADP, and with injuries always an issue doesn’t that make him an ideal buy-low candidate?

Seeing young players struggle in their debut years should not be surprising.  Bello is just the latest to fall victim to it, posting a 4.71 ERA over his first 57.1 IP in the Majors.  However, he showed the ability to generate groundballs (55.7%) and gets swings and misses (11.7%).  That was simply a carryover of what he did at Double and Triple-A in ’22:

With his skills, a fastball that averaged 96.6 mph and the inevitable improvement in his luck (.404 BABIP), it’s easy to get excited.  Considering there’s even more upside in the groundball rate, given his minor league marks, it’s easy to draw comparisons to Framber Valdez (66.5% GB%, 11.3% SwStr%, 3.00 BB/9 last season).  Considering they are getting drafted nearly 250 spots apart, that makes him an easy pitcher to target and a great buy-low candidate.

He pitches for the Cincinnati Reds…  That is enough to turn many fantasy owners off, and then you add in his 4.89 ERA and 6.09 K/9 over 105.0 IP in his MLB debut… It’s easy to completely ignore him.  The reluctance of others opens an opportunity for the savvy.

Ashcraft showed the ability to generate ground balls (54.5%) and throw strikes (2.57 BB/9) at the MLB level.  If he had generated ample strikeouts there would be a lot of hype entering his sophomore season.  The thing is, he’s shown that ability before.  Over 72.1 IP at Double-A in ’21 he posted a 9.21 K/9, courtesy of a 13.3% SwStr%.  Even as he struggled in the Majors he featured a fastball that averaged over 97 mph

Now consider that you can likely grab him in the final round of your draft, or just monitor him off the waiver wire.  He’s a name that needs to be on your buy-low pitchers list.  His current ADP is behind the uninspiring likes of Jake Odorizzi, Kyle Hendriks, and Drew Smyly, among others.  I’d much rather target the upside, as opposed to the pedestrian.

Are you on board with the Professor’s buy-low pitchers? For more great analysis check out the 2023 FantraxHQ Fantasy Baseball Draft Kit!