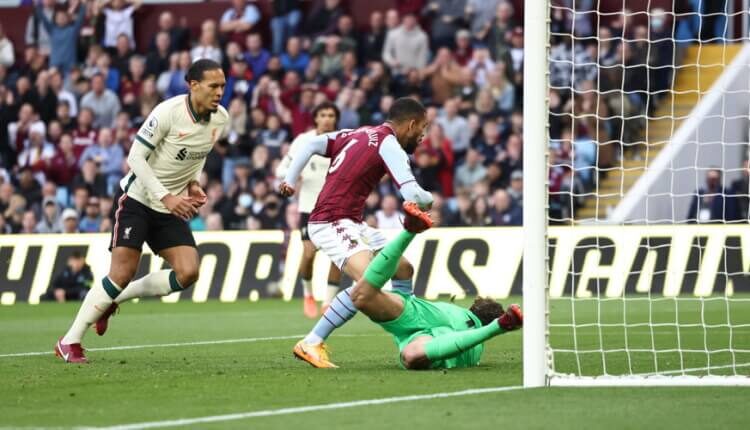 Getting your team selection correct in Draft Premier League is just as essential as your pre-season draft or your weekly waiver wire claims. And that’s exactly why we’re here to help with our Gameweek 37 Start and Sit article! We’re here to help you with some of the big Fantasy EPL decisions you may need to make for the upcoming fixtures. 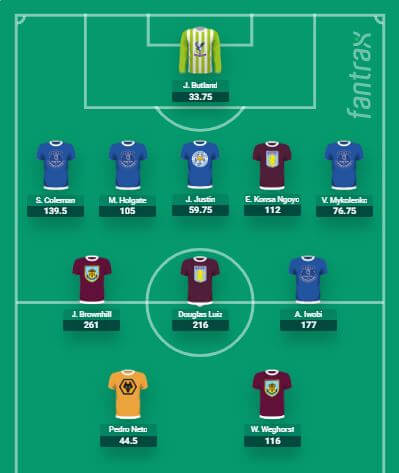 Gameweek 37 brings us our final double gameweek, with Leicester City, Everton, Burnley, Aston Villa, and Crystal Palace all having two games! Our starts team begins with backup Palace keeper, Jack Butland, who is likely to continue in Guaita’s absence and face Everton and Villa this week. In defense, we have a triple Everton stack with Holgate, Mykolenko, and Coleman. I also really like Keane as Mina’s injury will likely keep him out until GW38 or further. The Everton defenders get Brentford and Palace and have 30% and 20% clean sheet odds respectively. Mykolenko had 23.25, Holgate 23, and Coleman 10 fpts in this past DGW. Next to them we have James Justin of Leicester, who’s more likely to start 2 games now in Ricardo Pereira’s absence (out for the season). If he starts the first against Watford, he’s a good play even if he doesn’t end up starting against Chelsea in the second game. Finally, for our weakest starter, we have Konsa who faces Burnley and Palace with 34% and 30% chances of clean sheets. He’s had a series of quite poor games but gets 2 favorable home matchups. He’s about the lowest we’d go for a player likely to play 2 games.

In midfield, we have the steady Josh Brownhill, who doesn’t have great matchups in Villa and Spurs but should score his usual 6 points and get you a healthy 12 or so. We have Douglas Luiz, whose spot looked at risk for a moment in the Villa XI, but whose DGW36 goal and 21 fpts scored should keep him in their and our lineup for two games. Finally, we have the in-form Alex Iwobi, who’s been heralded as one of Everton’s recent key pieces and best players in their fight to stay out of the relegation zone. We’ll even take half of his last week’s DGW score of 35.5.

Up top, we have the very unsexy pick of Burnley’s Wout Weghorst. However, he’s stuck in Burnley’s lineup, he’s 37% to score any time across their 2 games, and his team has started to show a bit more offensively as they try to claw their way out of the depths. Finally, we have our only SGW player of the XI, Neto. The Portuguese winger is back in the Wolves XI at long last and started both games in GW36, performing admirably, scoring 22.5 fpts with an assist against Chelsea and City. This week he gets Norwich at home: 29% assist odds, 20% goal odds, and set pieces and key passes galore. 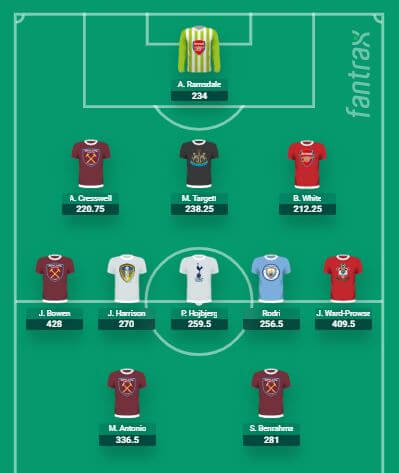 On the opposite side of things, we have our SGW sits of the week. Heavily featuring West Ham, who face the unfortunate task of going up against Manchester City. City may be without 3/4 of their chosen backline and without their backup CBs, but West Ham still likely will not see much of the ball. Bowen has been a revelation this season, but we’d recommend benching him, alongside his teammates, for some less traditional DGW options. He’s 17% to score, 17% to assist, and ghost points will be hard to come by against Pep’s title-marching side. Speaking of, we’re opting to bench Rodri, who has recently nicked a few goals but may be likely to feature in a backline next to Ake, with all other senior CBs injured. As a midfielder, that lack of clean sheet upside will hurt him if he starts in the backline. Besides the Hammers, we feature (or rather do not feature) two Arsenal defensive assets in Ben White and Aaron Ramsdale. The keeper has been very poor for many weeks now, scoring less than 3 fpts in 7 of the last 8 weeks, and White is tasked (if fit) with a significantly weakened Gunners backline surrounding him (potentially Tomiyasu as his partner, Tavares and Cedric as full-backs). Newcastle could have a field day offensively.

Another usual every-week starter we’re opting to bench is James Ward-Prowse. JWP has been on a heater lately, scoring over 10 in his last four starts, with three attacking returns. Unfortunately, he faces Liverpool, where he’s only 12% likely to assist, and 11% likely to score. It’s an Iwobi type of week instead for us. Hojberg makes his usual appearance as an over-rostered midfield player who really ought to be dropped. Matt Targett rounds out our side as he faces Arsenal, who will be desperate to score (and might need to often, given their suspect defense). He’s been quite good against bad teams, but not so much against the good ones (-8 vs Man City, 8 vs Liverpool, -8 vs Spurs, 7 vs Chelsea).

Give Up on Jose Berrios? No Way, Jose!