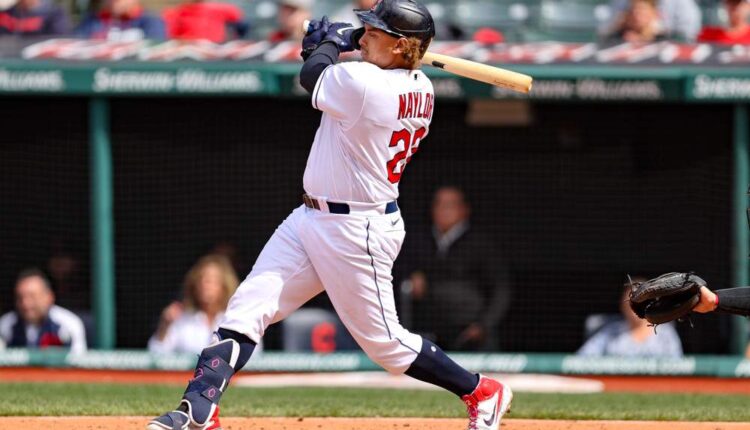 Another week, another Fantasy Baseball Waiver Wire report here on FantraxHQ. Regardless of what style league you play in and what point of the season it is, we should always be looking to improve our fantasy teams. Whether you’re looking to catch the next red hot breakout, find a injury replacement, or improve in a specific statistical category, the waiver wire can help you accomplish all of those. This week, we have a solid blend of all of that.

Over the last two weeks, not many hitters have been hotter than Josh Naylor. The 24-year-old is hitting .350 over the last two weeks with four homers, 17 RBI, and six runs scored. Granted, two homers and eight RBI came in one game, but this hot stretch cannot be ignored. When looking at his profile, there’s a lot to like. Naylor currently sports an 11.1% barrel rate, .611 SLG, .264 ISO, and a 49.2% hard-hit rate, all while striking out only 13% of the time. On top of that, Naylor’s zone contact rate sits at a stellar 89% and he’s only whiffed 17.4% of the time this season. While he’s been aggressive in general, as you’ll see in his chase and walk rates, Naylor’s contact and quality of contact metrics make the approach work along with his p;late discipline. His roster% is rising quickly, so the window to grab Naylor is closing quickly.

I’ve always had a soft spot in my fantasy baseball heart for Kolten Wong. While he’ll never be the main component of your success, he continues to fly under the radar each season and finds his way into an article like this at some point during the season. Sure, Wong started the season off ice cold, but he’s really picked it up over the last couple of weeks and warrants a look in 12+ team leagues. Over the last two weeks, Wong is hitting .325 with nine runs, four steals, and a homer while primarily leading off for Milwaukee. If you need a middle infielder that can help in AVG, runs, and steals, Wong is your guy.

It’s rare for a top-25 prospect (in my rankings) to get promoted, hit well, and still be available in more than 75% of leagues. But that’s also not overly surprising to me. Alek Thomas has always been undervalued from a fantasy perspective due to his offensive profile lacking any standout tools. However, he’s a plus hitter with a good approach and enough power and speed to exceed 15 homers and 15 steals annually. Thomas owns a career .309/.386/.495 slash line in the minors and is off to a 5/13 start with two doubles and his first career home run on Wednesday. With Varsho shifting to catcher with Carson Kelly on the IL, Thomas should start regularly and realistically could move up the order soon if he continues to hit and get on base.

Yes, I know I included Juan Yepez last week, but he warrants mentioning again. Yepez has done nothing but hit since debuting on May 4th and his hitless performance yesterday was his first hitless game so far, ending a seven0game hit streak to begin his career. Yepez’s power has really blossomed over the last two seasons, combining for 34 doubles and 36 home runs in 133 games combined since the start of 2021 and he’s already cranked two in his first eight games with St. Louis to go along with a .400/.455/.700 slash line. The quality of contact metrics have been solid as well with a 9.5% barrel rate and 42.9% hard-hit rate. As long as he’s hitting, Yepez should remain in the St. Louis lineup regularly and is a great target in 12-team leagues or deeper, maybe even some 10-teamers as well if he continues hitting like this.

After a slow start to the season, Harrison Bader has turned up the heat over the last two weeks with three homers, three steals, eight RBI, and 10 runs scored. Bader now has seven steals on the season which is tied for third in baseball behind only Julio Rodriguez (10) and Jorge Mateo (9). For the season, he also has 17 runs scored despite hitting only .242. But again, he’s really heating up over the last two weeks. Bader’s elite defense keeps him in the lineup regularly and he’s always produced elite sprint speeds as well. A 15/30 season is well within the realm of possibilities here.

Speaking of Jorge Mateo, he’s currently available in around 70% of leagues right now despite being on pace for around 50 steals this season. Listen, I completely understand that Mateo has been rather disappointing throughout his Major League career and still is a below-average offensive performer. But sometimes when it comes to the waiver wire, you’ll need to focus on a specific position or category. And if that category for any of your fantasy teams happens to be stolen bases, why not add the guy currently second in baseball with nine steals. Anything he gives you offensively is gravy, and Mateo has been serviceable at the plate lately with nine hits in his last eight games with six runs. Mateo is also eligible at 2B, SS, and in the outfield which is an added bonus.

I’ll admit, I was slow to buy into Bruce Zimmermann, but he warrants consideration in deeper 12-team leagues right now and definitely in 14+ team leagues. Through his first six starts, Zimmermann has a 2.67 ERA, 1.19 WHIP, and a 17.6% K-BB while allowing two earned runs or less in five of those six starts. Zimmermann’s four-seamer is getting creamed but he only throws it 35.5% of the time while mixing in a decent trio of secondaries that have been effective offerings this season. His slider leads the way with a .050 BAA, .050 SLG, and a 53.8% whiff rate. Is Zimmermann this good? Probably not. But even some slight regression up into the 3.50 ERA range will still allow him to be fantasy relevant if he can maintain his strikeout rate.

Honestly, I’m glad that Josh Winder didn’t have a good start last night. He was going to be in this article regardless, but now this gives you a better chance of snagging him if he’s available in your league because if he pitched well again last night, he’d probably be scooped up by now.

Even after allowing 2 ER in 3.1 IP against the Astros last night, Winder still has a 2.45 ERA and 0.97 WHIP through 25.2 innings this season. And entering last night’s outing, he has tossed back to back games of six shutout innings while combining for 15 strikeouts. Winder’s overall K rate sits at a modest 22%, but I’m expecting that to tick up as the season progresses thanks to a solid trio of secondaries with the slider and changeup both having a whiff rate north of 35%.

It would be greatly appreciated if Tampa Bay would stop their neverending closer carousel, but we all know that’s not going to happen any time soon. But hey, the silver lining in all of this is that relievers like Brooks Raley appear on our radar with the ability to provide solid fantasy value. The incumbent Andrew Kittredge has blown his last two save opportunities and that appears to have opened the door for Raley to at least be in the mix for saves, even if Kittredge remains in the leading role. On performance alone, Raley has certainly earned this shot with a 1.80 ERA, 0.70 WHIP, and 34.2% strikeout rate in his first 11 appearances. Raley mixes four pitches with all four having a whiff rate above 28%, three above 35%, and two above 44%.