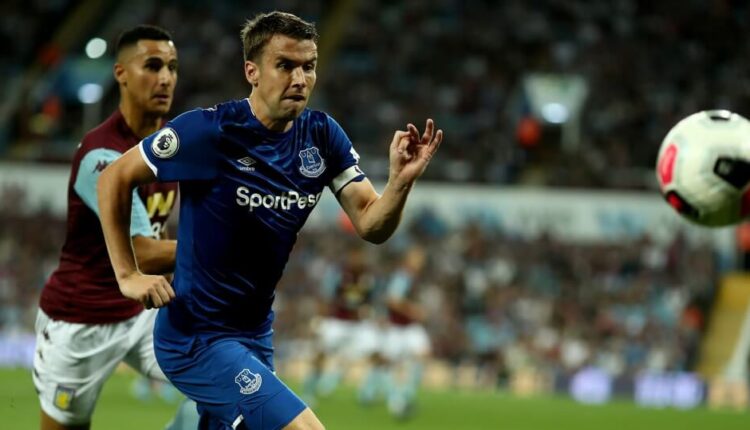 Our Gameweek 2 Sleepers XI article provides Fantrax managers with a lineup of Fantasy EPL hidden gems.  Our starting eleven of Draft Premier League differential picks will help you find a golden ticket to a big score this weekend!  These hints and tips will give you a better chance of picking up an all-important victory, as one of our Fantasy EPL sleeper picks could easily make the difference in a Head-to-Head game!

Prospects:  All aboard the Everton train! After a 1-0 victory away to Tottenham in their first game of the season, everyone loves Everton again. The inconsistency of last season is all-but-forgotten thanks to one result. And that’s why I love Draft Premier League on Fantrax! Jordan Pickford was the highest-scoring goalkeeper in Gameweek 1, and therefore he’s the ideal candidate to fill the sticks in our Gameweek 2 Sleepers XI. The Toffees face newly promoted West Bromwich Albion at home, and I’m expecting a clean sheet for Pickford and three points for his side. Everton has a pretty decent set of fixtures prior to the Merseyside derby in Gameweek 5.

Prospects:  And following on nicely from the above, Seamus Coleman is also a player that is being taken in Fantrax leagues left, right, and center. The Irish right-back scored a tasty 14.75 points in the Gameweek 1 victory over Tottenham, and I would expect his 27% ownership to rise sharply ahead of Gameweek 2. Bring him into your roster if you still can; he may well have been taken in waivers in most leagues by now though. Coleman is still getting back to his best after breaking his leg a couple of years ago, but after seeing off competition from Sidibe last season he continues to go from strength-to-strength. Add him if you can!

Prospects: Time for a new signing, and a player that missed out in Gameweek 1 due to Aston Villa’s postponed fixture. Matthew Cash joined the Midlands outfit just before the opening day of the season and may have gone undrafted in Fantrax leagues due to the lack of Gameweek 1 fixture. Now is the time to bring him in! The Englishman has been playing at right-back for Nottingham Forest in recent times, but he has been known to play further forward. Cash will be an attacking full-back at worst, a right-winger at best! I’m quietly confident he’ll be a good Fantrax asset, evidenced by his ranking of 30th in the final refresh of my Defenders Draft Rankings. Aston Villa faces a Sheffield United side who lost their opening game against Wolves without scoring.

Prospects: Ok. Bear with me. So Robin Koch scored zero points in Gameweek 1. However, this score is actually fairly decent considering Leeds conceded four goals! I’ve picked him up in the Community League, and I’m pretty confident of a decent haul for the German center-back. The Whites face fellow promoted side Fulham at Elland Road in Gameweek 2, and I’m expecting a strong performance. Fulham looked very poor against Arsenal, and a Koch clean sheet looks likely. Especially if defensive partner Liam Cooper returns to the side after missing the Liverpool game through injury. Want another reason to take a punt on Koch? He’ll be coming up against Mitrovic and will surely pick up a fair few points from aerial wins!

Prospects: You’re probably wondering why I’ve got Javier Manquillo in my Gameweek 2 Sleepers XI rather than Jamal Lewis. Here’s the thing… if you take away Manquillo’s yellow card in Gameweek 1, he only scored 0.5 points less than Lewis. Everyone is high on Lewis, which is fine after a really solid debut and a nice Gameweek 2 fixture at home to Brighton. Manquillo has basically the same level of prospects, but he’s gone completely under the radar! To get Lewis you would have had to use a mid-range waiver wire priority or around $10-$15 worth of FAAB. To get Manquillo you wouldn’t have had to use a waiver wire claim or any FAAB budget. The Spaniard went for $0 in a lot of leagues, including Community League A where I picked him up for that price. If this Newcastle full back is still a free agent in your league, please sign him.

Prospects:  The boys on the @FPLKickaround Pod rated Jeff Hendrick as “fantasy fake” (i.e. he won’t sustain his GW1 form), and I completely agree with this. He’ll be riding the bench in a couple of weeks time once the more talented players are back to full fitness. However, the Irish midfielder is worth a free agent pickup this week ahead of the fixture against Brighton. Hendrick will start this game and has a decent chance of attacking returns once again. The midfielder scores poorly for ghost points though, as this was exampled by 20 of his 23 points from Gameweek 1 coming directly from his goal and assist! Hendrick is worth an add ahead of this weekend, but not worth any FAAB budget or mid to high waiver priority claims.

Prospects: A third Irishman in our Gameweek 2 Sleepers XI! Well, how about that! This time I’m taking a punt on Aston Villa man Conor Hourihane. The midfielder had a pretty solid end to last season, as he picked up a few attacking returns, as well as plenty of key pass points. Hourihane’s ownership is surely as low as 16% solely due to the lack of Gameweek 1 fixture. If he’s free in your Fantrax league, I would recommend bringing him in. The Villans face a Sheffield United side fresh off a humbling home defeat to Wolves last weekend.

Prospects: I’m always banging on about Yves Bissouma it seems. But he is a great Fantrax asset. And most users still haven’t realized this! The Malian midfielder has been a mainstay in Brighton’s midfield since the start of the year, and he’s been scoring consistently well ever since. I included Bissouma in my pre-season Starting 11 of Sleepers and ranked him at 45th in my personal Midfielder Draft Rankings. The Brighton man gained 7 points in their 3-1 defeat to Chelsea. And what did he do in the game? Pretty much nothing. But that’s why he’s so good on Fantrax. An ideal steady scoring midfielder for any Fantrax roster!!

Prospects: I’m going in for another Brighton midfielder, as Solly March was given the start by Graham Potter in Gameweek 1. The Englishman gained a solid 8 points against Chelsea, which is pretty good all things considered. March is a solid scoring asset on Fantrax, so if he can maintain his place down the left-hand side for The Seagulls, he’s going to be a decent MID4/5. I would recommend bringing in March if you have lots of rotational or explosive midfielders in your roster.

Prospects: Another new Aston Villa signing, who has surprisingly low ownership. Oliver Watkins has been signed in a deal that could reach a mouth-watering £33 million if certain milestones are achieved. Although this is an incredible amount of money to pay for a Championship striker, I do still like it. Watkins is a talented English footballer who will maintain his value. He may also keep them in the Premier League once again, and therefore he would be worth every penny! I signed Watkins for $31 in the Kickaround Podcast league, which I think is fair value. Anything over $40 is too much for me. If you can get him for $0 from your free agent pool… go do that immediately. Watkins scored in the League Cup on Tuesday, and also in a pre-season friendly against Manchester United at the weekend.

Prospects: And my final pick is Ivan Cavaleiro. There are very limited options on forwards with ownership of 60% or below, so the Fulham man gets the nod after a solid 6 points on the opening day of the season. The former Wolves winger will be desperate to make an impression in the Premier League this time around and is fine for a FWD3/4 in most Fantrax leagues. The Cottagers face a trip to Leeds in Gameweek 2, and this is the Sleepers XI pick I’m least confident about. Cavaleiro is a worth a punt here, but I’m not convinced by Fulham in the slightest.