DO NOT DRAFT: 2022 Quarterback Busts 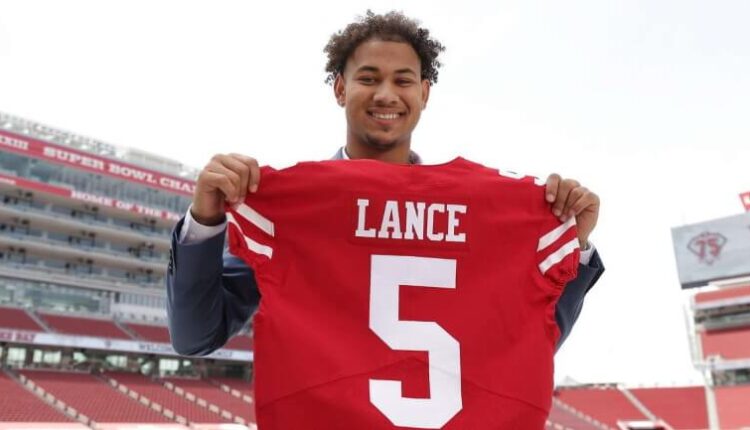 Getting the best QB in fantasy football won’t necessarily win you your fantasy leagues, but picking a terrible fantasy QB performer will almost certainly prevent you from winning. Especially if you’re drafting that QB in the earlier rounds of the draft. Before you make that mistake, I wanted to highlight three quarterback busts you should be avoiding when you’re on the clock.

Dak is my QB11 on the year, and that might prove to be too high, despite me being lower than the consensus QB7 that he’s currently ranked as. There are a multitude of reasons to expect a decline in performance from the Cowboys’ star. Most importantly, his offensive line is dramatically worse. The Cowboys lost La’el Collins and Connor Williams. Two critical starting pieces that helped the line garner a number one ranking from Pro Football Focus. Further, while they still kept Tyron Smith at left tackle, there’s a reason they drafted another left tackle with their 1st round pick: Smith is aging and not staying healthy. He played only 11 of 17 games in 2021 and only 2 games in 2020. Protecting Dak’s blindside, especially with a declining offensive line, is critical. I’m not sure the Cowboys will be able to do it at the same rate they were able to last year. And an injury to Smith would change everything for this offense. There’s far too much confidence in the Cowboys to continue business as usual.

On top of the offensive line issues, Dak also lost his WR1 in Amari Cooper to the Browns. That means CeeDee Lamb will be the WR1, which was an expected transition when he was drafted by the team, but he’s been thriving as a WR2 in the slot thus far. Who knows what he’ll look like when he consistently has each team’s CB1 guarding him every week. I expect a bit of a learning curve. Michael Gallup will be back, but there’s also a question if he’ll be ready for Week 1, as he’s recovering from injury. A lot of teams got better and added pieces on offense, where it seems like the Cowboys stayed stagnant or got worse. Don’t expect Dak to outperform your expectations this year. In fact, he’s set up to be one of this year’s biggest quarterback busts.

What a strange offseason to be a 49ers QB. I have Lance ranked as my QB19, despite his current QB14 ADP. I know why people are excited about his skill set. He’s mobile and he’s got a big arm. That’s a great combination for a fantasy QB. The problem is, he’s not been able to beat out Jimmy G, who’s a terrible fantasy QB, because he’s a better real-life QB. In fact, Jimmy G was enough of a game manager to bring the 49ers to the 2020 Super Bowl. Despite the fact that all offseason everyone expected the 49ers to move on from Jimmy G, for Lance, they still haven’t pulled the trigger. They haven’t been able to trade Jimmy with his shoulder injury, and they’re not going to cut him.

On top of that, the reports out of OTAs is that Trey Lance has yet to impress. In fact, he’s underwhelmed. If the 49ers can’t trade Jimmy G to a team that has a need for him (like the Seahawks), then there’s a legitimate chance he stays on the roster. And if he stays on the roster, there’s a legitimate chance that the team finds him to be a better option than Trey Lance. If Trey Sermon’s situation last year is any indication, it shows that the 49ers have no problem accepting a sunk cost and starting better players over whoever they’ve had high hopes for. Regardless, even when he played last year, it was his rushing upside that excited people. Not his passing prowess. He played in 6 games last year, with a sub-60% completion percentage, 5 passing TDs, and averaged 11 fantasy points per game. His two highest fantasy performances topped out at 20.1 and 20.4 fantasy points per game. Nothing to call home about, to be honest. Don’t let the hype get to you. Not only is he not worth the draft capital this year, but he may not even start.

I have Justin Fields as my QB20 this year, despite his current ADP of QB17. While it’s not much of a downgrade, I’ve seen a lot of hype of Fields during the offseason as a potential breakout candidate, and I just don’t see it happening. The hype is because in his last four games last season, Fields showed a lot of promise. He averaged just under 22 fantasy points per game, which would make him a top-12 QB, during those four games. He’s got the athleticism to scramble which gives him a nice floor, and he’s also got an incredibly accurate arm. However, there are reasons to be wary. For starters: go ahead and name the Bears WR1… If you guessed Allen Robinson, you’re wrong. He’s gone to greener pastures. The answer is Darnell Mooney! I can hear the indifference in the thoughts of everyone reading this. The 5’11”, 180lb, former 5th round pick has performed admirably over the last couple of years, earning his first 1,000-yard season last year, but if you had to rank the best WR1s in the league, Mooney wouldn’t be in your top half. Fields’  WR2 and WR3 don’t get any better… Byron Pringle (didn’t do much with Pat Mahomes, and Fields is a downgrade) and Velus Jones Jr (3rd round rookie). I know Fields is accurate, but I might like to give my young QB a WR over 6’1″ to throw to. What’s wrong with a big target? On top of all that, Fields ALSO has a new coach, which means a new offense to learn. I’m expecting a slow start for the former Ohio State Buckeye. The Bears just aren’t putting him in a position to succeed. Like Lance, while many are labeling these two potential QB breakouts, I’m expecting them to be mentioned among the quarterback busts when all is said and done.

Got a take on Bradlee’s Quarterback busts? Share it in the comments below and then head on over and check out the rest of our 2022 Fantasy Football Draft Kit.