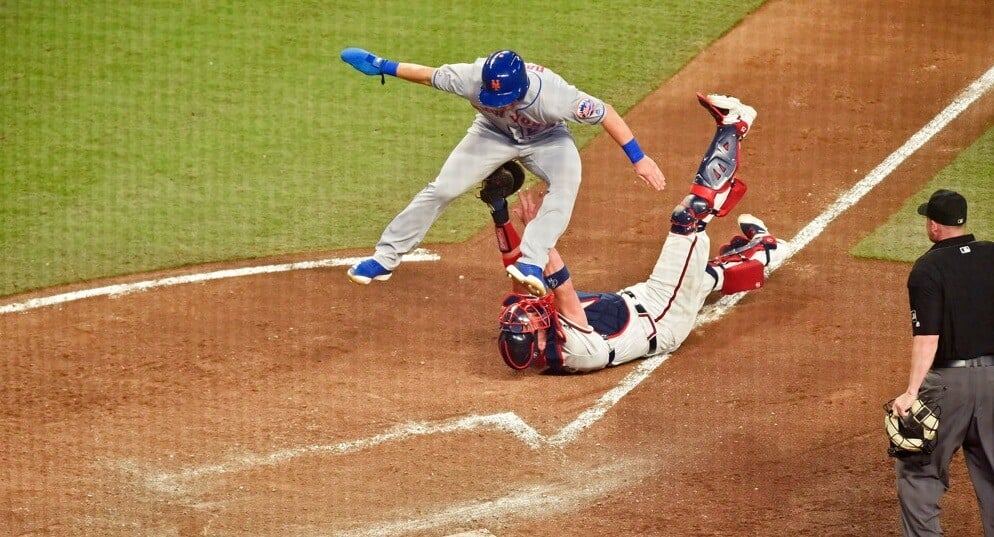 J.D. Davis is by far one of my favorite sleeper targets as of now for the 2020 draft season. I have talked a lot about him on various podcasts already and I have tweeted about him just as much.

The Mets acquired Davis from Houston and, at the time, it was more of a depth move. There was initially no full-time gig to be had. Well, various injuries occurred and playing time freed up and Davis took full advantage of it. He had a bit of a breakout in New York in 2019 and I believe it could easily continue into 2020. With his ADP where it’s at, I love his price and he’s a sleeper I’m targeting in every draft.

I am going to dive in and see how real the breakout in New York was and what we can potentially expect in 2020.

Davis really made himself known and was quite the waiver wire find in fantasy baseball leagues in 2019. For not having a full-time roll all season, he managed to still put up solid numbers.

As you can see, he only had 453 AB and yet he managed 22 home runs, solid counting stats and a triple slash of .307/.369/.527. He really came into his own and flashed the potential he has. As of now in 2020 he is the projected starting left fielder for the New York Mets per Roster Resource. I do not anticipate that changing. Now is where I dive in to explain why I am so high on and buying into J.D. Davis this upcoming fantasy baseball season.

The walk rate this season was basically in line with what we have seen in the past and in the minors from Davis. Where you see the growth is in the K-rate. It was his best K-rate since entering the majors and has improved each of the last three seasons. It was better than league average at 21.4 % this year and improved 4.3 percentage points from 2018. As the opportunites have come, the growth has continued.

The BABIP seems a bit inflated at .355. With sprint speed in the 37th percentile, it seems unlikely the BABIP can be sustained unless he continues to hit the way he did in 2019. The good news is that all through the minors, he produced a solid batting average with a BABIP ranging between .315 and .335. This shows the batting average isn’t necessarily BABIP induced and that without the BABIP he could still hit for a solid batting average.

Not only were the BABIP and K-rates career-bests, but so were the wRC+ and most of the other stats. This is due to this being his first real season as a starter. However, the fact he has shown growth with limited opportunity in the majors prior to this year is impressive in itself.

Well, this explains the reason J.D. Davis took a step forward with the K-rate. Although the SwStr% was slightly above league average at 12.4%, it was still an improvement from 2018. You can see it has improved steadily along with the K-rate over the years.

The biggest area of growth I notice is the patience. He cut his chase rate down to a career-best 27.7%. While being more selective as a whole, he also made far better contact when he did chase. This is noted in O-Contact%. The O-Contact rate improved by 5% from 2018 and was 65.8% in 2019. This ended up being better than league average and he actually managed to increase his O-Contact without it affecting his zone contact (or Z-Contact) rate.

It is also worth noting Davis swung less in general during the 2019 campaign. The fact he swung less but made more contact indicates he was more selective at the plate. The improved approach likely led to the improvement in hard-hit rate that was at 47.7%. This was a career-high and actually placed him in the top 9% of the league for hard-hit rate.

In what has actually become a pretty pull-heavy type of league, J.D. Davis has gone the different route. Davis has actually taken more of an all-fields approach each season since 2017. The pull rate has dropped three straight seasons and he is allowing the hit tool to do its work and not forcing anything.

Hitting the ball to all fields lends itself well to BABIP and it shows the power is more likely to be real. Maybe calling this an all-fields approach is slightly a stretch due to the lack of opposite-field hitting, but nevertheless, the fact he is able to produce the power numbers and power profile he did without selling out to be a full-on pull-ball hitter speaks volumes to the legitimacy of the power. 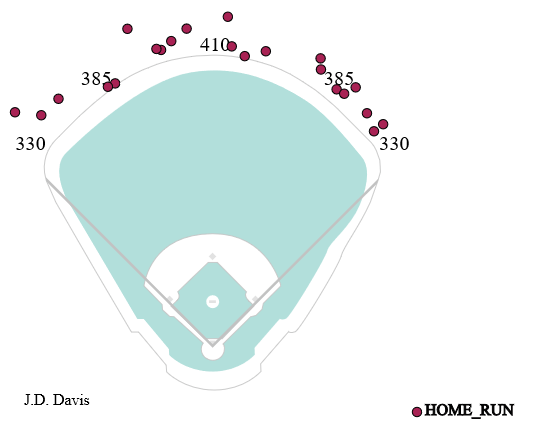 The proof is in the pudding and the power played well to all parts of the field. There are also notable changes in other places you want to see them. He has increased LD% and FB% each of the 3 major league stints. This was the first year these rates were even close to what he produced in the minors. Davis also decreased the GB%.

If the growth vs right-handed pitchers is legitimate, which it appears to be, I would expect there to be no more platoon situation. Which was actually the case in the second half of 2019. Beyond the splits, there is a tangible change worth noting.

It is something I look for when there are changes in production or profile. If I find tangible change accompanied by a change in the production and underlying metrics, I buy-in. With J.D. Davis the tangible change was not only in the plate discipline and overall approach, but with his batting stance.

Here is Davis in 2018 with the Houston Astros. 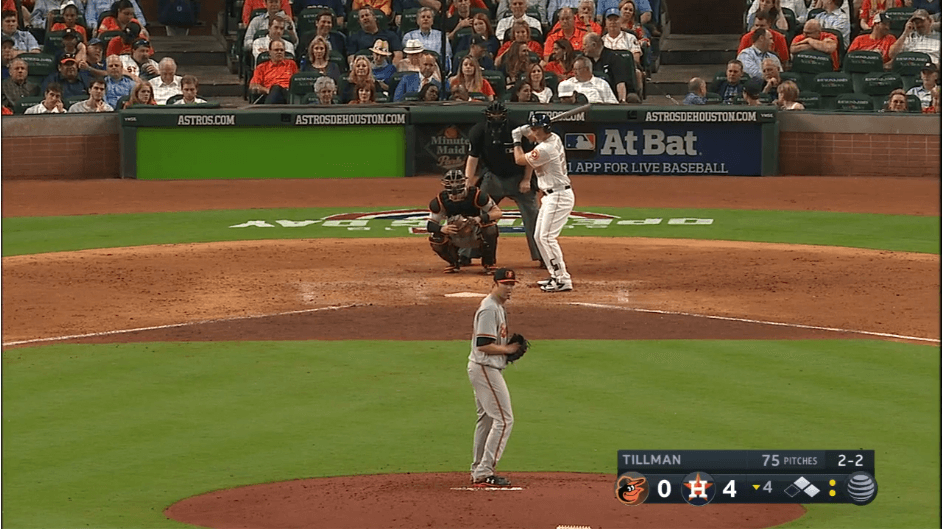 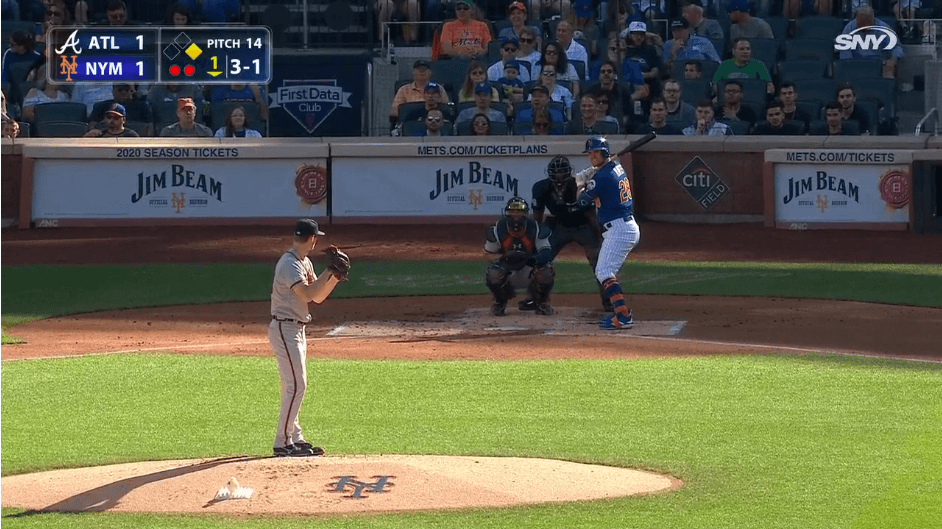 You’ll notice in the top picture he is a bit more upright in his stance. Also, what the picture doesn’t show is that the bat and hands would move a bit prior to the pitch as well.

The bottom picture you can see he is a bit more compact and if you watch the video, most of, if not all of the pre-pitch bat and hand movement has stopped. I’m not a scout but the changes are obvious in his stance. With the change in stance and overall profile I have already noted, I am completely buying into J.D. Davis.

Here is how is actual stats lined up vs the expected stats.

One thing the expected stats didn’t show was that there was a change in launch angle. This likely came with the change in stance and would explain the increase in the LD and FB rates I previously discussed. More of that tangible change I love.

As crazy as it sounds, there could be room for improvement. The expected stats for off-speed pitches compared to the actual stats suggest he was very unlucky against them. However, this can be slightly negated due to how he overachieved against fastballs.

The title says it all. I am all-in on J.D. Davis. He was going outside the top 200 in the “too early mocks”. I anticipate some helium to surround him and he may end up with an ADP closer to 150. If that is the case I will still be all over it. Not to mention he has duel eligibility. He is currently third base and outfield eligible.

Only time will tell where his ADP will fall but I know I go into every draft targeting him in the later rounds. He is one of my sleepers this upcoming season. I highly recommend you make room for him on your 2020 rosters.