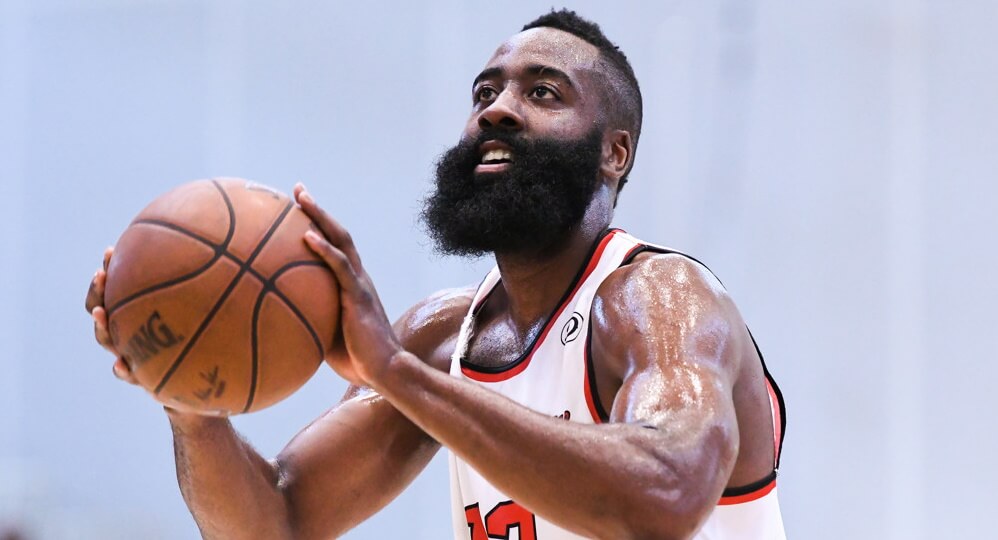 Ok, this is getting scary. Another two guys I featured in my Friday article got injured and that marks six injuries over my last four articles. What’s sad about that is the fact that everyone else has been performing. We’ve hit on some great values with guys like Raul Neto and Alec Burks while getting solid performances from Kevin Love, Hassan Whiteside, Bradley Beal, and Jonathan Isaac. Our two injured guys were Kyle Lowry and Rodney Hood, so hopefully, we’ll avoid any of that crap here. One thing to also consider is that the positions are wonky on both sites, so we’ll recommend players based on their actual positions with a focus on DraftKings. With that in mind, let’s get into our 11/11 NBA DFS Plays!

Conley has gotten off to a nightmare start with his new club but he’s too cheap for someone of his ability. We’re talking about a guy who regularly sat between $8,000-$9,000 the past few years with the Grizzlies and it’s just a matter of time before he recaptures that form. Recent results would tell us that’s right around the corner, with Conley scoring at least 30 DK points in four of his last five games. The 25 percent usage rate and 33 minutes played in that span is also a good indicator that he’ll be fine, as that’s the guy we’ve become accustomed to from his Memphis days. Getting to face Golden State is brilliant too, with the Warriors ranked dead-last in defensive efficiency.

With Kyle Lowry (thumb) injured, FVV should step in as the starting point guard. That alone is huge, as he’ll be filling a monster void from Lowry. The former All-Star is currently playing close to 40 minutes per game while posting a 23 percent usage rate. That’s a lot of opportunity for a talented player like this and VanVleet is plenty capable of stepping up. He was already in the midst of a breakout season anyway, scoring at least 24.5 DK points in all eight games played this season while averaging 33 fantasy points per game.

James Harden, HOU at NO

I hate to recommend someone as obvious as Harden but he’s going to be tough to fade on this slate. We’re talking about a guy who’s averaging close to 60 DK points per game this season after surpassing that average last year. He’s simply the best player in fantasy and we can’t avoid him in a matchup like this. Not only does New Orleans rank 29th in defensive efficiency and dead-last in points allowed, but they also surrender the second-most fantasy points to opposing SGs this season as well. The fact that both of these clubs rank Top-4 in pace only adds to his value, as the Rockets are projected for about 123 points.

Brown is in the midst of a breakout campaign and it’ll likely only get better with Gordon Hayward breaking his hand on Saturday. In that win over San Antonio, Brown collected 30 points, seven rebounds, and three assists. That raised his averages to 18.9 points and 6.4 rebounds per game, playing over 30 minutes per outing. Having Hayward off the floor will open up more minutes and shots for Brown while making him one of the primary play-makers on this team. That’s big news for a 23-year-old kid with this sort of talent and his price should only rise over the coming weeks.

There’s a lot of talk about Malcolm Brogdon and Brandon Ingram improving but Kennard has seen quite the growth spurt himself. In fact, the Detroit small forward is now averaging 18 points, 3.7 rebounds, and 4.3 assists per game. Those are all career-highs for the southpaw sharpshooter and his 33 minutes and 13 shots per game indicates that he’s one of the focal points of this offense. That improvement pairs beautifully with this matchup, with the T’Wolves allowing the second-most fantasy points to opposing small forwards this season.

This is a bit of a shot in the dark but I want an effort player like this in this sort of matchup. We already discussed how this will be the fastest-paced game of the night and that’s a perfect scenario for a hustler like Williams. The big small forward actually got a start on Saturday, dropping 35 DK points across 29 minutes of action. That’s unbelievable production from such a cheap player and we have to assume he’ll get another start here after that gem. The pace is obviously one of the biggest reasons we like Williams but the Rockets also sit 25th in total defense while allowing the most fantasy points in the league to opposing SFs. If you get word that he’s not starting, go ahead and fade Williams.

We already discussed the void that Lowry is leaving behind and Siakam will be happy to take on some of that workload. What adds to his intrigue is the fact that Serge Ibaka is injured too. That means Siakam will slide over to the four and take on even more minutes, shots, and usage. With those two off the floor, Siakam has a 33 percent usage rate while averaging 1.49 DK points per minute. That’s huge from a guy who’s already in the midst of a career season, averaging 27.9 points, 9.3 rebounds, and 3.6 assists per game.

Aldridge is coming off one of the worst games of his career and that’s why we want to use him today. Always buy a player’s stock when it’s at its lowest, as this is one of the lowest DraftKings prices you’ll ever see for Aldridge. We’re still talking about a guy who’s averaging about 35 DK points per game this season, which alone is monster production for a player in this price range. He’s still projected for about 15 shots and 30-35 minutes of play and that’s too much to pass up. We’re really not worried about a Dallas team that ranks 20th in total defense either.

Favors has been dealing with injuries all season long and it’s kept his price extremely affordable. We believe that this price won’t stay this low for long, as he looked like his old self in the most recent win. In fact, Favors played a season-high 29 minutes while picking up his first double-double of the season on Saturday. This is a guy who’s plenty capable of averaging a double-double and he’s simply impossible to fade at this price if he’s going to play 30 minutes. We definitely want to use him against Houston too, with the Rockets ranked 25th in points allowed and 23rd in defensive efficiency.

Also Consider: Marc Gasol (TOR): With Ibaka and Lowry out, Gasol should return to his Memphis workload, approaching season-highs in usage, minutes and shots taken.