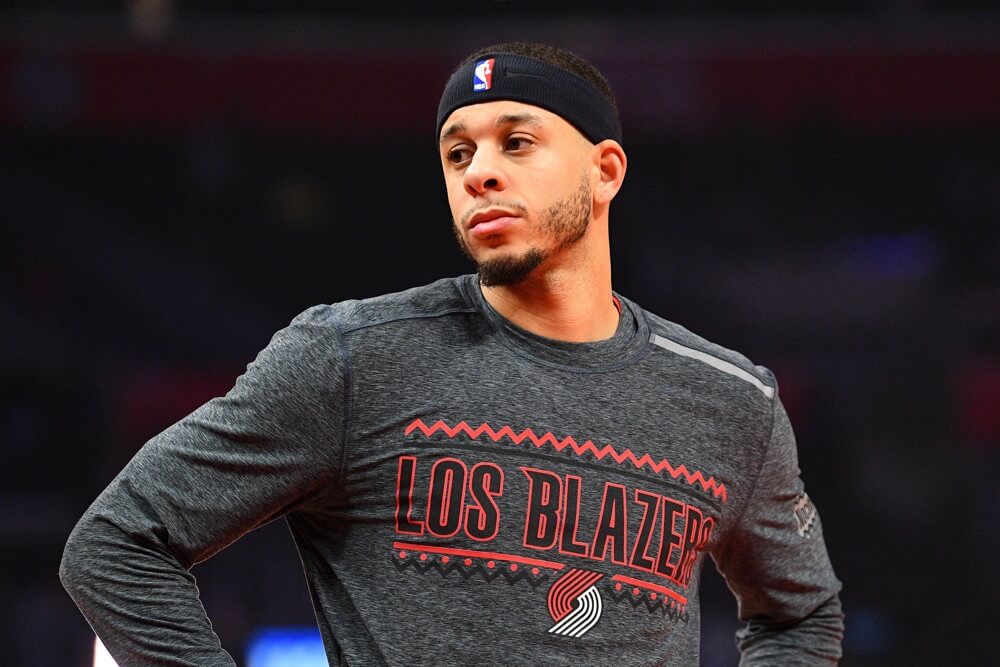 Just four games slated for Monday as the pace slows down after a hectic week. Streaming is going to be difficult, especially with a number of teams basically running at full health. C.J. McCollum could miss the rest of the regular season and it has been Seth Curry who has taken advantage of the situation. He is typically a score-first point-guard which certainly limits his overall upside. That being said, he has played at least 25 minutes in three straight games and is worth considering if you need points and threes.

Despite a loss to the Hawks in their previous game, the 76ers remain in the third seed, 2.5 games ahead of the Pacers. As a unit, the 76ers are healthy at the moment and will be looking to solidify their position, so as to be able to rest their starts down the stretch. The come up against a Magic team that needs to win to stay in the hunt for a playoff spot and are on a four-game winning streak.

The Magic have been playing well over the past week, winners of four straight games. They sit just one game behind the Heat for the eighth and final playoff spot and will need to be at their best if they are to upset the 76ers. From a fantasy perspective, neither team possesses a lot of streaming potential with their value locked into their regular assets.

The Thunder are one of four teams jockeying for position, basically to try and avoid the Warriors in the first round of the playoffs. They will certainly view this as a game they should win, coming up against a Grizzlies team that has won just one of it’s past five games. The Thunder are all healthy right now making streaming very hard, outside of Nerlens Noel, and even he is a long-shot.

The Grizzlies have a number of injured players right now but that has certainly not detracted from their fantasy appeal. Delon Wright has emerged as a viable standard league option whether he is starting or coming off the bench. He is not a big scorer of the basketball but can contribute across the board and has seen his playing time increase over the past three weeks. The Grizzlies have four games this week which only adds to his upside.

Much like the Grizzlies, the Suns are running with a lot of their players on the sidelines. This has opened up more playing time for players such as Mikal Bridges who is rounding into form at the right and of the season. He is rostered in almost 60 percent of leagues, meaning he could still be available if you look hard enough. He has scored in double-digits in four consecutive games, the longest streak of his career. Across those four games, he is averaging 12.0 points, 3.7 rebounds, 3.5 assists, 1.5 steals, and 1.3 three-pointers.

The Jazz are coming off an easy win over the Bulls and will be hoping for much of the same Monday. Much like a number of the other leading teams, their fantasy value is basically set with the only player worth considering for streaming purposes being Kyle Korver. Korver has hit just one three-pointer in each of his last two games but had hit three triples in his four prior to that.

The Nets have a chance to move back into the sixth seed if they manage to upset the more fancied Trail Blazers. The Nets have won back-to-back games, albeit, against the Lakers and the Kings. DeMarre Carroll has been alternating good and bad scoring nights but on a night when only eight teams are in action, could be considered if you are looking for points and three-pointers.

The Trail Blazers continue to find a way to win, even without C.J. McCollum. A victory Monday could move them to within half a game of the three-seeded Rockets. Seth Curry has stepped up in McCollum’s absence, scoring in double-digits in three straight games, hitting a combined eight triples. He doesn’t do a lot outside of points and three-pointers but is a player to consider, especially on such a low volume day.