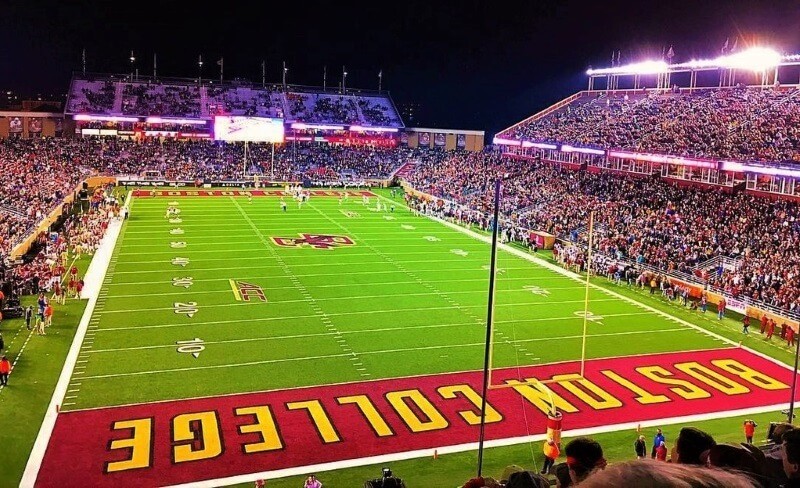 The offseason means no college fantasy football but great resources for the upcoming seasons. Resources that provide incredible insight for players coming into the fold this season and how well teams are expected to perform. I usually purchase or acquire everything on this list and you should too if you want to win. I will mention multiple magazines, resources, and social media accounts you should follow to win the offseason in 2019.

Phil Steele’s Magazine is a yearly piece that is thicker than a lot of books and holds detailed analysis for all 130 teams in the FBS. This magazine is considered the Bible for College Football fans everywhere. I for one love going through it and seeing the great mind of Mr. Steele predict offensive production, position battles, and stats. Of all things you should pick up in the offseason, this is priority one.

This little number that Joe and the gang throw together every year is a work of fantasy genius. Looking through this I always have my opinions changed on at least one player and end up drafting them. You can get this for less than $15 and for a few extra dollars you can get weekly emails, expanded player rankings, and personal notes about the previous week’s games. If you’re not buying into TheCFFSite’s product then you’re really missing out on an excellent tool.

I say magazines here because there are two worth purchasing from Athlon. For starters, the college football magazine consists of information on all 130 CFB teams including a two-deep for them all and their top newcomers. You should also go out and grab their fantasy football magazine that consists of college fantasy football rankings from my colleague Mike Bainbridge who also has his own content you should look into.

A personal favorite of mine, Lindy’s used to provide my overall player rankings for college fantasy football when I did everything offline and now it’s a useful guide for depth charts, overall player rankings, and freshman rankings. Lindy’s produces an awesome product from year to year and you should snatch one up as you walk through stores today.

Mike was my first CFF follow when I first got into the game and is an awesome mind that I’ve had the pleasure of working with on multiple projects with. Mike has a Patreon account that costs a whopping $2/Month and he produces multiple player rankings as well as individual team previews and incredibly extended player rankings. Go out and support Mike today as he supports your fantasy team.

The podcast community for College Fantasy Football has grown a bit in the past few years. Scott Bogman hosts two shows including the InThisLeague podcast with Blase Sinopoli as well as CFF on Campus, with myself and the Gridiron Scholar John Laub. There is also a great new podcast entitled “College Fantasy Football Gurus” that features Brett Haun, Brandon Albaugh, Carter Hartwig, and Max Karpinske.

RotoWire has an app that has incredibly up to date information on player news. Within minutes they have an update on a player and analysis on the impact that it makes for the college football landscape. It’s also worth Mentioning that John McKechnie, who made Eno Benjamin known last season, does the CFF content for RotoWire and does a phenomenal job with all that he does.

Everybody I list below is worth following if you want to stay on top of the CFF content in the Twitterverse. I’m not going to give analysis on these guys but I follow all of them and appreciate the time they put into making fantasy teams great.

For more from Justin and all of our CFF writers check out our full archive of awesome College Fantasy Football content!