Should You Be Buying Low on Zack Wheeler? 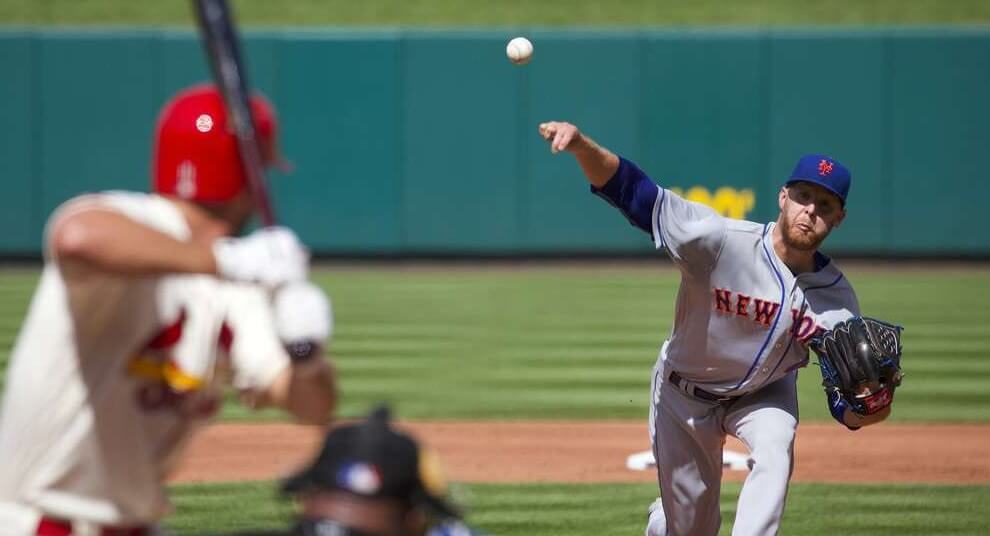 Zack Wheeler has been frustrating, disheartening, discouraging, really any synonym of disappointing you want to use. Wheeler has not lived up to the lofty expectations we all placed upon him, perhaps me the most. I fully bought into his big second half and banged the table for him all draft-season long. But if you notice, there was one word I specifically did not use to describe Wheeler this season and that is bust. Why? Because there is still a lot of baseball to be played and reason to believe he should improve. That is why I would not be calling Wheeler a bust just yet!

The Case for Zack Wheeler

Wheeler has pitched to a 4.94 ERA, with a 1.33 WHIP, a 5-5 record and 103 strikeouts in 94.2 innings pitched. So outside of the strikeouts, he has certainly been a bust in the traditional 5×5 stats. However, there is reason to believe he should improve.

First of all, he has a 3.84 FIP and a 3.92 xFIP. That 3.84 FIP shows us that he has pitched significantly better than the ERA would indicate. The 3.92 xFIP shows us that he should continue to pitch much better than that ERA. While neither mark lives up to expectations, both of those marks are well above league average for a starting pitcher this season, with those numbers coming in at 4.41 FIP and 4.40 xFIP. Those averages are high, much higher than what we are accustomed too, but such is life as a starter in the juiced ball era.

But just how unlucky has he been? Between 2002, as far back as we can go with some batted ball data, and 2018, there were only 31 pitchers who finished a season with a strand rate lower than 65.2 percent. Not only that, but of those 31 pitchers, only Ricky Nolasco (9.49) averaged over a strikeout per inning. In fact, there were only two who averaged over 8.0 K/9. None of them came close to Wheeler’s 9.79 K/9 this season.

So, what does that mean for Wheeler? Well, unless Wheeler continues to be one of the most unlucky pitchers in recent history, that strand rate is sure to climb, and as it climbs, the ERA will start to look more like the xFIP.

Additionally, the Mets are quickly falling out of the race and if they do decide to trade Wheeler, it should only benefit him and that absurdly low strand rate. The Mets are one of the worst defensive teams in baseball. As a team they currently rank 29th in Defensive Runs Saved (DRS), with -53. Only the Marlins have been worse at -65. That means that the Mets defense is not only not preventing runs from scoring, but they are terrible and costing the Mets pitchers runs. The league average DRS for a team is five and there are only 11 teams with a negative DRS this season. But it gets worse. There are only six teams with a DRS of -20 or worse and only four at -30 or worse. That puts into perspective just how awful the Mets defense truly has been. Additionally, they have a .690 Defensive Efficiency rate, courtesy of Baseball Prospectus, also the second lowest in the MLB, this time ahead of just the Rangers.

If he is traded and has a better defense behind him, the ERA will naturally start to look more like the xFIP and perhaps even exceed it. That awful defense can also be to blame for his .319 BABIP, which helps explain his 1.33 WHIP. Last year, Wheeler had a .279 BABIP and finished with a 1.12 WHIP. You can’t even blame the walks, since his walk rate is down from 2.71 BB/9 to 2.66 BB/9. League average BABIP for starting pitchers this season is .292. That is another area where Wheeler should improve going forward, especially if he is traded.

More Regression on the Way

Another issue for Wheeler this season has been the long ball. He has given up 14 homers in just 94.2 homers. That is the same number he gave up in 182.1 innings pitched last season and is just one away from tying his career high. This is more his fault than it is unlucky, but it doesn’t mean that regression will not hit at all.

Those 14 put him in a tie for the 10th most allowed this season. Of those 15 starting pitchers who have allowed 14-or-more homers this season, which includes names such as Gerrit Cole, Justin Verlander, Shane Bieber and Yu Darvish amongst others, Wheeler has the third lowest hard-hit rate, according to Fangraphs. His hard-hit rate this season is 33.2 percent, which is up nearly 10 percentage points from his elite mark last year. You do not love to see it climb so much from last year, but knowing that it is the third-lowest among HR leaders is important.

He also has the sixth-lowest fly ball rate amongst this group at 35.8 percent. That makes me feel that the long ball issues could normalize since he is among league leaders in homers, yet limits hard contact and fly balls more than most. His 14.3 percent HR/FB rate is the third lowest on this list, but it also worth noting that his career norm is 11.5 percent and last year he sat at 8.1 percent. If he can reduce the long balls, he could have a second half like the one he had last year.

However, I do not want to paint a picture with rose-colored glasses here. The long ball is an issue, as it is an issue for many pitchers in 2019. This is more on Wheeler than strictly unlucky. His average exit velocity is up to 87.8 MPH from 84.7 MPH in 2018, while the barrel rate is up to 7.2 percent from 4.8 percent last year. The homers may prevent Wheeler from taking that next step into ace-hood that many banked on heading into the 2019 season.

Still not sold? What if I told you that Wheeler has made gains from last season in very important categories.

He is still trusting his fastball and that added velo, throwing it 57.95 percent of the time in 2019, whereas he threw it 58.28 percent in 2018. The one thing he has not carried over from 2018 is incorporating his split-finger about 10 percent of the time. We did not see that until August last year, but he lit the world on fire in those final two months. In 2019, he has thrown it just 2.69 percent of the time. He hasn’t had the same success with the pitch this year, but throwing it more infrequently could be to blame.

Here is his heat map from last August when he increased the use of that split and as you can see, was able to attack both sides of the plate more: 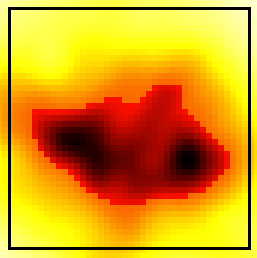 Compare that to this year, as he is sitting more middle of the dish: 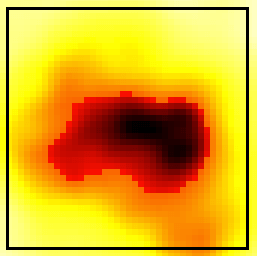 Perhaps the increased use of that split-finger could lead to Wheeler replicating that final stretch of 2018. But still not sold? What if I told you that Wheeler has a 3.43 Deserved Run Average (DRA). What is DRA? Deserved Run Average factors in the runs that a pitcher “deserved” to give up and is brought to you from Baseball Prospectus. Wheeler ranks 34th amongst pitchers in DRA (min. 50 innings pitch), which further shows that he has been unlucky this season.

Wheeler has not lived up to expectations this season and I cannot deny that. So far this season, I have been dead wrong on him. But we are not even halfway through the MLB season yet. We also cannot blame all of it on bad luck, such as the long ball issues. However, the inflated ERA, WHIP, BABIP, and extremely low strand rate all point to Wheeler being very unlucky this so far this season.

Wheeler could be traded and naturally see positive regression with an improved defense behind him. Perhaps he is not traded and the natural regression still hits. The other side is that the Mets do not trade him and his season does not get any better. But given that he is still getting strikeouts, still throwing harder and still limiting hard contact at a below league average rate, it is worth taking the shot on him improving and not finishing the season as a statistical outlier.

Bench him if you want, but know that Wheeler has gone at least six innings in 12 of his last 13 starts. But trading him away or even thinking about cutting him? I am nowhere near that point yet. In fact, I would be trying to buy low on him. His first two and a half months of 2019 has been disappointing for sure, but you will be even more disappointed if you miss out on it when his luck turns around.

For more from Michael check out his full archive.