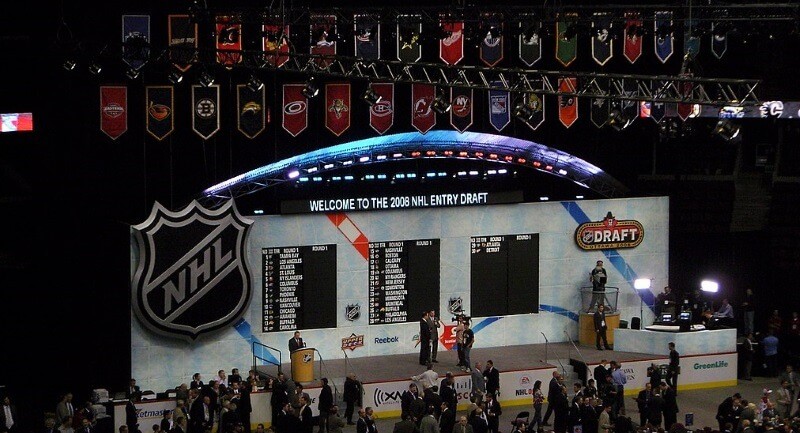 Welcome to Part 4 of our 2019 NHL Draft Rankings. We’re going over the top 100 prospects eligible for the draft, and ranking them based on their fantasy hockey league potential.

Legare’s 45 goals were the third-most of anyone in his age group. He can score from anywhere on the ice, whether it be a slap shot from afar or tapping home a rebound while hanging around the net.

Kokkonen is a reliable all-around defenseman. His 19 points don’t really pop until you realize they rank him third all-time in the Liiga for under-18 defensemen.

Mastrosimone is a natural sniper. Few players in this draft have the level of release he possesses. His game without the puck could use some work though.

Tracey is a bit of a wildcard. He’s a good skater with a nice shot and can read the play well. However, he only registered one even-strength point when neither of his regular 100-point linemates were involved in the play.

Thomson has great mobility, he can skate up and down the ice with ease. He makes a good breakout pass and has a good vision for creating offensive chances.

Dorofeyev boasts good puck handling skills and a quick release. He sees the ice well and uses this to find ways to get creative with the puck.

Robertson is a reliable defenseman that can skate and distribute the puck. He can read the play well and make the calm, safe play.

Poulin is a strong winger with a good two-way game. His shot and puck protection are top notch, but his skating is lacking.

Pelletier is a quality playmaker that can control the pace of the game. He could use more size, but that doesn’t stop him from playing a 200-foot game.

Tomasino is an excellent skater who can stick-handle at top speed and make creative plays. Some more focus on the defensive side of his game would make him a more complete player.

Bjornfot is a complete two-way defender that is effective anywhere on the ice. He will need to bulk up over the next couple years, but his skating and hockey sense are already impressive.

Beecher has the tools to be a difference maker at both ends of the rink. He can get to the tougher areas on the ice to pounce on a goal, while throwing some hits and blocking shots in his own zone.

Grewe could end up being drafted later, but his fantasy potential is too high to ignore. He’s an energy player that gets under your skin, with some talent to boot. His PIM total speaks volumes to the way he plays.

Foote could also wind up being selected further down the line, but he’s one of the safer bets at this stage of the draft. His shot is already NHL caliber, and has the size to win battles.

Soderstrom is a well-rounded blueliner who can be relied on in any situation. He has high-end hockey sense, but his offensive ceiling is likely lower than the other defensemen available in the first round.

Suzuki is one of the better playmakers in the draft. He’s adept at finding the open man and setting them up for a goal.

Harley is a smooth skater with a great first pass. He has the tools to be a power-play specialist. His physical game is lacking though, leading to some defensive zone issues.

McMichael is a solid all-around forward, being one of the best two-way forwards in the draft. He uses his hockey sense to find open areas to create offense.

Heinola is a slick and agile skater, who reads the game well. He’s great at getting the puck to his teammates, especially on the power play.

Hoglander has arguably the best hands in this draft class. There’s some risk with him being 5’9″, but he doesn’t let his size prevent him from playing with energy.