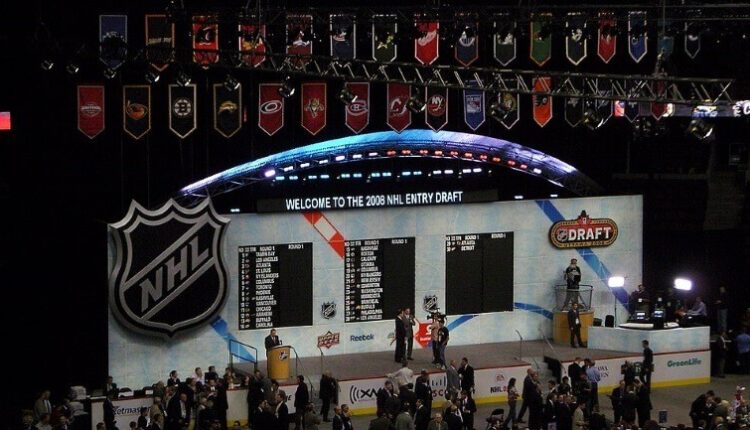 Welcome to the conclusion of our 2019 NHL Draft Rankings. We’ve been going over the top 100 prospects eligible for the draft and ranking them based on their fantasy hockey league potential.

Passed over in the two previous drafts, there’s no chance of Leason slipping through the cracks again. A previous knock on him was his skating, but he’s drastically improved that over the past year.

Kaliyev’s 51 goals are the second-highest of the draft class. He boasts tremendous skill, but his lack of effort in the defensive zone make him a boom-or-bust pick.

Brink has great hockey sense and quick hands with the puck. He was named forward of the year for the USHL.

Lavoie uses his 6’4″ frame to shield off opponents, giving him a strong puck-possession game. His defensive game is lacking, but he has the tools to be effective in every zone.

Seider can shut down the opposition with his size and skating ability. His offensive game could use some work, but he looks to be one of the more complete defenders in the draft.

York has some troubles in the defensive zone, but is one of the most offensively gifted blueliners in the draft. This is likely a case of a player that will have more value in a fantasy league as opposed to real-life value.

Newhook was one of four players in his age group to crack 100 points. His skating is top notch and has quality playmaking skills.

Broberg is a proficient skater and can control the pace of the play. He should end up as a top pairing defenseman for the team that drafts him.

Knight is in a class of his own for goaltenders in the draft. He has all the tools to be a sure-fire number one netminder at the NHL level.

Krebs may fall in the draft after needing surgery on his Achilles. However, he still projects to be a quality top six playmaking center.

Dach has a great mix of size and skill, allowing him to overpower most opponents. He could become a solid number two centerman.

Cozens has all the tools of an effective power forward. His mix of speed, size, and shot make him enticing to add to your top six forward group.

Boldy has an NHL-ready frame and always finds a way to get the puck to his teammates. He is the top left wing available in the draft.

Despite his 5’7″ stature, Caufield is quick with his hands and his feet, while boasting an electric shot. He had 21 more goals than anyone else in the draft. He’s the best pure goal scorer available.

Podkolzin never quits on the play. He’s tenacious, but also talented. His stick-handling is top notch and looks to have the makeup of a top line two-way winger.

Zegras can anticipate the play and boasts elite playmaking abilities. He should no doubt become a top-six forward that’s a key cog on the power play.

Turcotte is a highly skilled centerman that can skate and play physical. He’ll be a high-end number two centre at the very least, with the potential to anchor a team’s top line.

Byram is the clear cut top defender in the draft. He led WHL playoff scoring with 26 points. He has the potential to be a true number one defenseman.

Kakko has both skill and size, and has put that on display internationally. He has the tools to be a franchise winger, and the only other player capable of being draft first overall.

There may be some temptation for New Jersey to select Kakko, but Hughes has the highest ceiling of anyone. He’s the U.S. program’s all-time leading scorer, and will be a franchise player for years to come.

Should You Be Buying Low on Zack Wheeler?

Being Aggressive in Auction Drafts is the Key to Success!