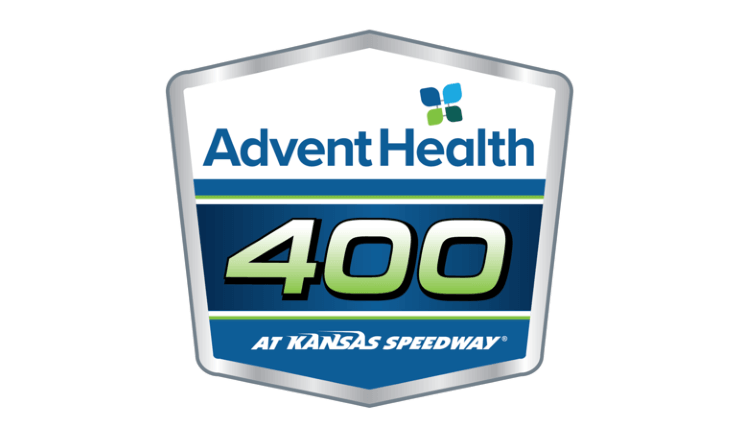 As we arrive in Kansas for the AdventHealth 400, we have a tie for second place in the overall Cup Standings and a question of how much leftover beef will arrive with the drivers. Let’s take a look!

We will take a look at the AdventHealth 400 in just a second, but first, a note on the joy and agony of NASCAR DFS. Well, in this case, mostly agony.

Perhaps more than any other DFS sport, NASCAR can change on a dime. Last Sunday, one crash took out Martin Truex, Erik Jones, Cole Custer, Bubba Wallace, and Kurt Busch; subsequently, in one GPP lineup, I fell from the Top 300 to 13,000th. If you’re interested in an online support group for those suffering from lineup destruction, let me know.

OK, now we can focus on Kansas. A few drivers are squeezed in at the top of the Cup Standings heading into the thirteenth race of the season. William Byron is now projected to finish one point ahead of his teammate, Chase Elliott, whom he is currently 65 points behind for first. After watching the year start with different winners, now only third-place Ryan Blaney and tenth place Christopher Bell remain winless at the top of the list.

Could this be the week for either of them? Perhaps it is, but there are safer bets on the board.

The following is an overview of drivers I look to roster in DFS and season-long formats at the AdventHealth 400. I’ll be back Sunday morning to see whose value changed following Saturday’s qualifying races. Thoughts? Opinions? Interested in that support group I mentioned? Hit me up on Twitter at @thewonkypenguin.

I was concerned that I’d developed a bit of a Hendrick Motorsports bias when it came to DFS. Then the betting odds came out for the AdventHealth 400, and advocating for them seems warranted. Larson (6-1), Elliott (8-1), and Byron (9-1) are three of the top 5, and it is prudent to have at least one in your lineups on Sunday. Following Saturday’s qualifiers, we will have a better idea of who is the best option. All four of these drivers are in the Top 12 on intermediate tracks as a whole. It’s not biased if it’s true, right?

On that note, Byron is currently +700 on DraftKings to win the 2022 Cup Series Championship, and that line feels high and subject to change should he continue on his current trajectory. If you’re looking at the possibility, place that bet before he wins again and it drops precipitously.

Harvick had a good run in Darlington, finishing fourth. His previous three races have resulted in Top 10 finishes, and he has a driver rating of 114.6 at Kansas Speedway. It seems like he has developed a strategy for dealing with “the kids” on the track, and it was only a matter of time for him to dissect the nuances of the NextGen cars and use them to his advantage. While Ross Chastain has the best odds of any Ford in the AdventHealth 400, Harvick is a “safe” option.

It feels like every week, I write about how this trio of Toyotas has the potential to win the race. And then every week, one of them bombs out, loses a tire, or otherwise has trouble staying on the lead lap. Each guy has two DNFs, and Hamlin has been a mess for all the reasons you already know. Still, give me these veterans as options on a track they have historically dominated.

While I’m not a mathematician by trade, I’m going to set the over/under on how many drivers call other drivers “moron” or “idiot” at 1.5 on Sunday in Kansas. I expected the typical platitudes and non-statements following last weekend’s last-lap fireworks when we were instead treated to some drama between William Byron and Joey Logano.

This presents a small quandary for DFS players this weekend. What, if any, type of carryover and retaliation will occur at the AdventHealth 400? Predicting that seems difficult because it is hard to gauge from whom and to whom it could happen.

What I know is that Logano has a driver rating of 88.0 at Kansas Speedway with one win in the last six races, so he could easily be a contender on Sunday. However, with the importance of finishing races in DFS, it is a bigger risk than normal, so I would suggest just a sprinkling of Logano on Sunday.