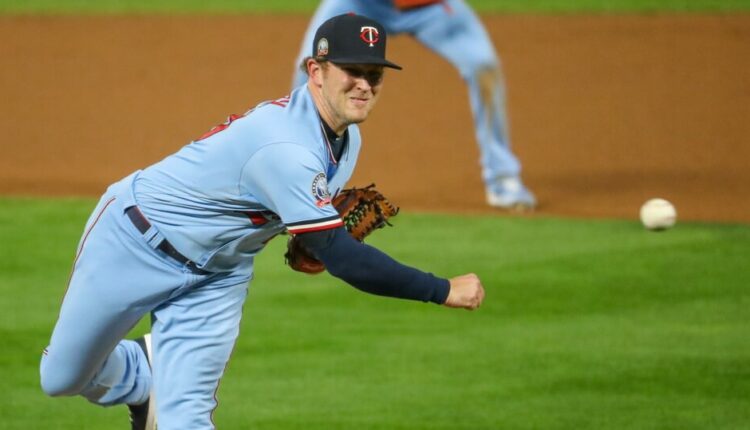 Last week, in my 7 Late-Round Starting Pitchers article, I discussed some of the benefits of jumping into early Draft and Hold leagues. Knowing the player pool, identifying values, and having plenty of roster spots to take chances are just some of these benefits. This may be most apparent when it comes to drafting closers at this point in the offseason, so now we’ll look at the late-round relievers who could come through with some saves this coming season.

There might be, what, a half-dozen solidified situations with reliable closers? After those top six or so, the closer pool is just full of question marks and unknowns, especially with the free-agent market moving at a snail’s pace. Draft and Holds leagues are perfect for loading up on potential closers down the line. In this article, I give you nine late-round relief pitchers to draft for potential saves.

Tanner Rainey followed up an okay 2019 with a full-on breakout in 2020, posting a 2.66 ERA, 0.74 WHIP, and striking out 32 batters in 20.1 innings. His 42.7% strikeout rate was good for fourth-best in baseball among relievers. That strikeout rate was supported by a 21.5% swinging-strike rate that was second-best in baseball behind Milwaukee’s Devin Williams. His slider was one of the best pitches in the league, inducing the highest percentage of swinging strikes at 34.2%. Ok, I’m sure you guys get it by now. Rainey was lights-out, but what about the situation?

Rainey played setup man behind Daniel Hudson in 2020, but Rainey was far-and-away the best man in that bullpen, and it wasn’t close. Hudson pitched to a 6.10 ERA while converting 10-of-15 save chances. Manager Dave Martinez has stated that he sees Rainey as the team’s future closer. I’d bet on that coming sooner rather than later, and Rainey could be a bargain at his current ADP.

Over the last two seasons, we’ve seen Sergio Romo come in for some saves as that right-handed complement to Taylor Rogers in Minnesota. Romo converted three saves in 2019 and five last season. Well, now he’s gone, so in steps Duffey. And after the shaky season Rogers had, we could see the situation become more of a committee than it had been with Duffey getting his fair share of save chances in 2021.

With Liam Hendriks unlikely to return, the ninth inning is up for grabs. While Diekman might be capable of being a full-time closer, he’s likely to be used in a committee as the left-handed specialist in the bullpen.

Alright, now we’re moving on to some real dart throws saves sleepers here. Tyler Matzek had quite the comeback season after five years out of the league due to performance anxiety issues, or the “yips.” In 29 innings, he posted a 2.79 ERA, 1.92FIP, 3.00 xFIP, and 1.14 WHIP. Yeah, I think he got over those yips. Throwing up to 97 mph from the left side, Matzek struck out 43 batters for a 35.5% strikeout rate and posted an excellent 27.3% K-BB rate. He produced an impressive 14.3% swinging-strike rate on his four-seam fastball. Here he is striking out Trea Turner on the pitch. 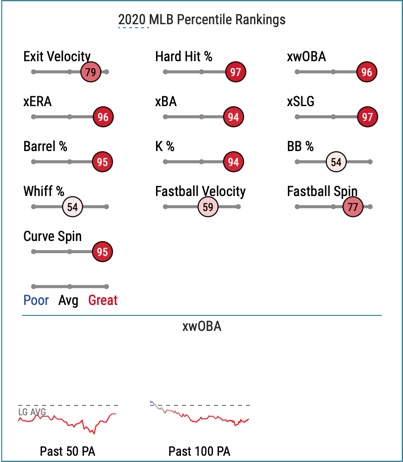 Mark Melancon, Darren O’Day, and Shane Greene are all on the free-agent market. With Atlanta investing in their rotation and shifting their focus on a bat, it could be up to Will Smith, Chris Martin, and Matzek to step up and claim the closer role. Smith is going well inside the top-300, and he might not even be the best left-handed pitcher in that bullpen, let alone closer. Matzek is a free dart throw for potential saves at this point.

The San Francisco Giants sorely missed Reyes Moronta in 2020, who missed the season with a shoulder injury. Before the injury, Moronta threw 56.2 innings in 2019 with a 2.86 ERA and stuck out 70 batters. This came after a 65-inning campaign in 2018 in which he posted a 2.49 ERA with 79 strikeouts. With that kind of success, the Giants are certainly counting on him to contribute in 2021. Manager Gabe Kapler has already indicated that Moronta will be given a shot to compete for the closer role come Spring Training. He’s definitely worth a late pick for potential saves.

Drafting any Oriole’s reliever over the last few seasons has always just felt gross. It doesn’t look much different going into 2021, but when you need saves, you need saves. Cesar Valdez might just be that guy next season. Valdez returned to the majors for the first time since 2017 after spending the last two seasons in Mexico. He posted a 1.26 ERA, 2.14 FIP, 3.62 xFIP, and 0.70 WHIP in 14.1 innings. Relying heavily on his changeup at 83.2% usage, he produced a 52.6% ground ball rate and a 13.1% swinging-strike rate. I’m not too sure how well that would hold up over a full-season, but it could work for a while. What Valdez has going for him is his track record of control, consistently posting low walk rates. And he did record three saves for Baltimore in 2020, two over the final week. So, he could be worth that last roster spot for a few potential saves.

One of many converted starters in Cincinnati, Lucas Sims made some great strides in the bullpen last season. He posted a 2.45 ERA and struck out 34 batters in 25.2 innings. Just take a look at his Statcast profile. Yeah, that’ll play. 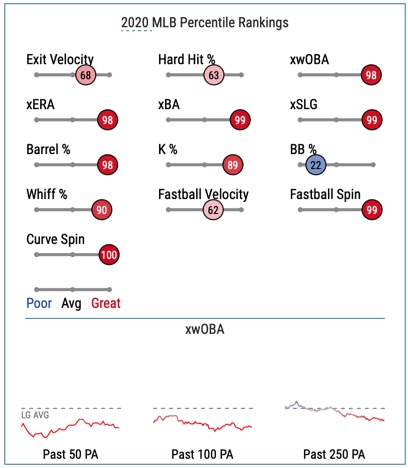 After Raisel Iglesias was traded to The Angels, it was widely speculated that Sims could be the guy to step up. Manager David Bell has confirmed that Sims is among the internal options to close along with Amir Garrett and Tejay Antone. While Garrett has openly petitioned for the job, the fact remains that he is the only left-handed pitcher currently in the bullpen. And he’s proven to be much more effective against left-handed hitters, as he allowed a .043 slugging percentage against them last season and a .538 mark against righties. As far as Antone goes, with the questions surrounding their rotation, I’d bet that we see him as a starter before we see him close. My money is on Sims for saves in Cincinnati.

Ok, so like many of us, 2020 was not Stephenson’s year. He posted a 9.90 ERA and allowed eight home runs in ten innings. Yes, eight. But I’d be willing to bet that a back strain that caused him to start the season on the injured list had a lot to do with his struggles. We saw a similar situation happen with Frankie Montas. And like Montas, there was plenty of reason to like Stephenson going into the year.

In 2019, Stephenson posted a 3.76 ERA, 3.65 FIP, and 4.01 xFIP in 64.2 innings with an 18.6% swinging-strike rate that told me there was room to improve on that 30.9% strikeout rate. He was actually able to maintain that with an 18.8% swinging-strike rate in 2020. Stephenson ranks top-five in the metric since the beginning of 2019. You just can’t have a swinging-strike rate that high while also having a sub-10% walk rate and continue being that bad. As long as Stephenson enters 2021 with a clean bill of health, he might just have the best stuff in the Colorado bullpen. Showcasing that stuff in Spring Training could put him in the mix for saves, considering the team’s lack of established, healthy relievers.

The Phillies bullpen was a disaster in 2020, to say the least. Hector Neris was Hector Neris, lights-out one day and imploding the next, converting only 5-of-10 save chances. The Brandon Workman trade didn’t work out as planned either. It’s safe to say this bullpen needs an overhaul. How much of their resources they can use towards the pen or who they might target remains to be seen. But if they go the internal route for the ninth inning, Connor Brogdon might be the best option.

Brogdon made his MLB debut last season, posting a 3.97 ERA, 4.96 FIP, and 3.22 xFIP in 11.1 innings. While his first taste of the majors wasn’t a great success, he did some good things. A 38.6% strikeout rate and 11.4% walk rate led to a solid 27.3% K-BB rate. Brogdon’s 16% swinging-strike, 42.4% o-swing, and 73.8% z-contact rates are impressive numbers to build on as well. Given the small sample, he might have gotten a bit unlucky, as his xSLG on his four-seam was .358, much lower than the .556 he gave up on the pitch. It couldn’t hurt to take a chance on Brogdon with one of your last picks as a potential up-and-coming closer in Philadephia.