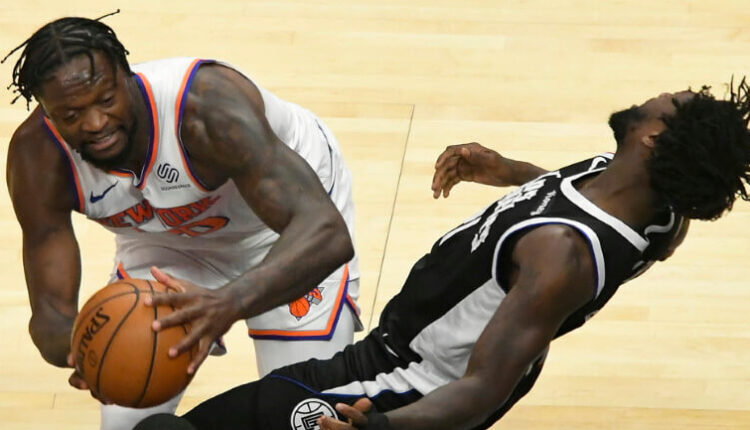 The grind doesn’t stop, y’all! Let’s make sure we stay on a roll with tonight’s seven game NBA slate. With prop bets, we don’t need to wait for season-long storylines to play out. Every day is a new day. Fantrax wants to help you win a bit of money, so we will be giving you NBA Player Prop Bets every week. We’ll shy away from keying in on any particular sportsbook, as we know odds vary, and so do props. We’ll focus on our projections, and allow you to find your best odds. Let’s get into today’s props.

The Knicks are going through a rough patch right now with their four game losing streak. It happens to every team. Good and bad. I wouldn’t make too much of it. The one constant during this whole season is that Julius Randle is the number one option and will take 15-30 shots per game. He averages 24 and 11, so expecting him to hit his averages will be pretty short odds. The Knicks are taking on the Cavs tonight, and with their 2nd ranked defense and league’s slowest pace, we may be able to get better odds than we normally would. Regardless, I’d use this bet as the building block for a parlay.

The Wizards take on the Mavs in Dallas tonight. But it’s not necessarily the matchup that I love, it’s the Wizards roster situation. Bradley Beal still hasn’t ramped up to full strength recovering from his hamstring absence. Porzingis has reached 21+ points in four of his last five games, but he’s going to be sidelined a couple weeks with an ankle sprain. Lastly, Kuzma’s backup (Rui Hachimura) just got traded to the Lakers. So I expect a couple more minutes for Kuzma to eat up. The Mavs play at the 2nd slowest pace in the league, which doesn’t help our thesis, but Kuzma’s 25+% usage rate should be enough to overcome this. Further, Dallas is 24th in defensive rating. I expect a big night from Kuz.

The Lakers have been playing pretty well and winning games they are massive underdogs in (e.g. Memphis, Portland). LeBron has been a big part in that. In each of his last ten games, he’s been within six counting stats of a triple-double but hasn’t recorded one. Tonight against the Clippers, I think he can get it done. The Clippers are top-10 defensively, but among the league’s worst offenses and play at a slow pace. A slow pace benefits LeBron because the offense goes through him. The fewer fast breaks and broken plays we see, the more LeBron directs the offense and controls the outcome. He’ll make sure to show out in a nationally televised game on TNT, against a team the Lakers should beat. Only take this bet if you can find odds of +250 or longer. It’s not easy to get a triple-double, so the odds should reflect that.