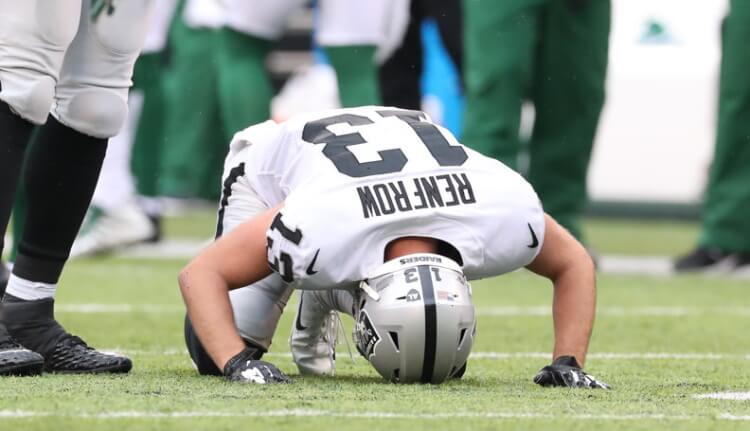 The wide receiver position is the deepest position in fantasy football, and due to that depth, it is arguably the easiest position to draft when it comes to fantasy production. Even if you miss out on the star-studded receivers in the early rounds, there are still a lot of really good receivers you can get in the middle of drafts. Whether it’s rookies or grizzled veterans you’ll always be able to find some solid wide receiver production in every round of any given draft. However, that’s not what I’m here to discuss. Today I’m here to go over some of the players that can end up being wide receiver busts. Whether it’s due to draft capital, newfound target competition, or even a downgrade at quarterback there are many different reasons why a wide receiver can end up a fantasy bust.

Last season Tyreek Hill finished the season as the sixth rank wide receiver, unfortunately, that won’t happen again. This past offseason Tyreek Hill was traded to the Miami Dolphins, and ever since he’s done nothing but try and convince everyone including himself that Tua Tagovailoa is the best quarterback he’ll ever play with. So Tyreek, you’re telling me that going from gunslinger Patrick Mahomes throwing you the ball, to now peashooter Tua Tagovailoa throwing you the ball is an upgrade? I don’t think so. Everyone other than Tyreek Hill apparently sees this quarterback change as a major downgrade. It’s not even as if Tyreek Hill went to a team that was in desperate need of an alpha wide receiver as the Dolphins drafted Jaylen Waddle during the 2021 draft.

Amari Cooper is the next wide receiver bust on my list because he plays on the Browns. I’m not joking that’s genuinely my reason. Ok, let me elaborate a bit more. The Cleveland Browns right now are the biggest question mark of the season for me. It’s as if after they won that ever elusive playoff game two years ago, things just started to spiral out of control. They went from a potential AFC threat to evicting Baker Mayfield from his home. More importantly, we still don’t whether or not Deshaun Watson will play a full season, have a season-long suspension, or somewhere in between. What I do know is, that Amari Cooper is going to need Deshaun Watson to play to pay off his ADP of 57.

However, let’s discuss the most likely scenario of Deshaun Watson missing a good portion of this season. With no Deshaun Watson, the Browns are most likely going to have Jacoby Brissett as their starting quarterback. We’ve already seen what he can do as a starting quarterback and let’s just say it didn’t equate to a stellar fantasy season from his wide receivers. That spells bad news for Amari Cooper who was unable to crack 1,000 receiving yards last season with Dak Prescott throwing him the ball. This Browns team is just going to be bad, they won’t be scoring a lot which means we will need Amari Cooper to make up the quantity with quality. However, with the Browns being a run-first team  I fully expect Amari Cooper to be a wide receiver bust.

The last wide receiver bust on my list is Hunter Renfrow and he’s on this list for one particular reason. That reason is that Davante Adams is joining the team (I’ll get to that later). Make no mistake that last season Hunter Renfrow ended up being one of the hottest wide receivers to get off the waiver wire last season. He went from undrafted in most leagues to finishing the season as the wide receiver 11 in PPR leagues. During Weeks 12-14 he averaged over 117 receiving yards and 10 receptions per game. The only thing missing during that impressive stretch was touchdowns as he only scored one. However, a big reason as to why he was so heavily used in the passing game was because Darren Waller was out due to injury for part of that stretch. Take out those three games and his stats become a lot more average.

Hunter Renfrow currently has an ADP of 82 which means he’s going in the sixth round of most drafts. Maybe if Davante Adams didn’t join the team I’d be able to stomach that more but Hunter Renfrow now has to compete with both Darren Waller and Davante Adams for targets. The fact that Hunter Renfrow was relatively middle of the road with just Darren Waller as his competition just imagine what’s going to happen now with Davante Adams. Not only that but Josh Jacobs showed that he has some receiving chops last season as well. There just aren’t enough targets to go around. Someone has to be the odd man out and, unfortunately for Hunter Renfrow I think it’ll be him.

Got a beef with one of Kai’s wide receiver busts? Let him know in the comments below and then head on over to check out our 2022 Fantasy Football Draft Kit!