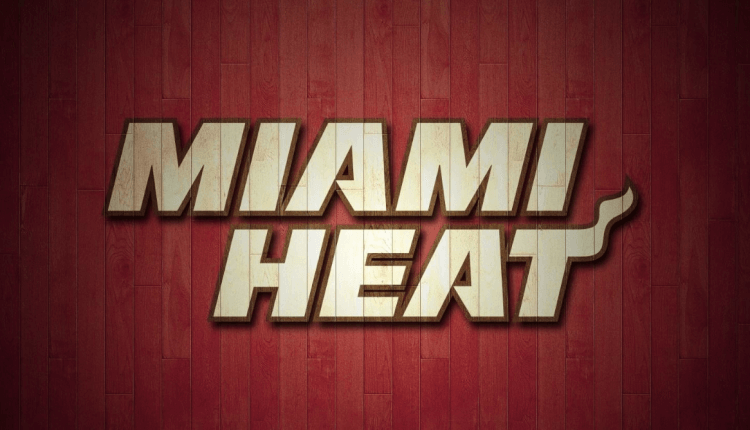 I thought by the time I wrote this preview, I’d be talking about the “new-look” Miami Heat, with new superstar Kevin Durant. Nope. That’s not how things played out. At least not yet. Let’s discuss what we should expect from the Miami Heat this season.

If you asked me before last season if the Heat would be a better team with Kyle Lowry, I would’ve responded with a resounding yes. However, he missed a lot of games for “personal reasons,” and then when he played, he didn’t look healthy/in shape. I say that because I refuse to believe Kyle Lowry is just…done. As in, not good anymore. I’m going to call last season an aberration, and assume that Lowry will return to his All-Star caliber point guard play this season. I currently have him ranked as the #30 PG in my fantasy rankings, so I’m not exactly putting my ranking where my mouth is.

Max Strus shot 41% from three, on 6.5 threes per game. His 10.6 points per game, and solid defense were enough to take the job from Duncan Robinson, despite the team paying him $80M guaranteed. The Heat continue to find players, give them roles, and then pay them their market value, despite their ability to keep finding diamonds in the rough. It puts them in bad places when they find themselves trying to improve. From a fantasy perspective, Strus won’t move the needle, unless you find yourself needing three-pointers in a category league. If so, you’re likely to find him on the waiver wire.

Jimmy Butler is about as dependable as they come. He’s given us something close to 20/6/6 for the last three years, and I don’t believe this year will be any different. Especially, since they didn’t add another alpha in Kevin Durant to their lineup. At the end of the day, Butler can be a core piece of any fantasy roster you build.

I’ve taken some liberties with the depth chart here. Truth be told, Bam Adebayo is probably more of a PF than a Center. In small lineups, he’ll play Center and a Caleb Martin or Jovic will play the four. Jovic is a rookie who I believe was a lottery talent, but he fell in the draft. He’s 6’11”, can score on all three levels, can rebound, and block shots. He’s exactly the kind of scorer that I felt like Miami was missing in the playoffs last year, but I won’t get ahead of myself considering he’s just a rookie and will have to earn his playing time and learn the game. In big lineups, he’ll probably come off the bench, Bam will play the PF, and Dedmon will play Center. Despite Jovic’s size, he’s slim, and likely won’t be much of a defender outside of blocked shots.

As long as your fantasy season doesn’t continue into the NBA Playoffs, then you’ll be able to count on Bam to win you your fantasy matchups, whether you’re in points leagues or categories. Bam’s given us nearly 19 points and 10 rebounds in the yearly averages for the past two years. With over 2 stocks and a few assists to add to that. You won’t be disappointed with his production. I have him as my 8th-ranked Center in fantasy.

I don’t know if you can call Tyler Herro a sleeper, but he’s likely to be coming off of the bench, while still receiving starter’s minutes. He gave us 20/5/4 last season on 32 minutes per game and shot 40% from three, winning Sixth Man of the Year. I expect much of the same this year. Especially with a new contract on the line. He’s eligible for a rookie extension that could pay him upwards of $180M over 5 years.