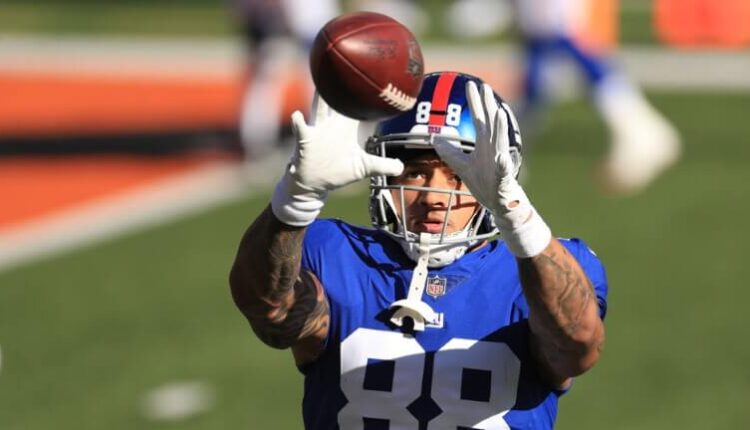 For the next installment of Fantrax’s fantasy tight end depth charts, we’re going to delve into the NFC East. I’ve already ranked the top 30 fantasy tight ends in the NFL, but why not break this down by division (we’re in the clicks business, baby. Don’t ask questions!)? Between the Cowboys, Eagles, Giants, and Washington Football Team, we’ve got an interesting set of options ahead of us.

Much like the running back, the tight end position is a scarce fantasy asset. It’s for this reason that my favorite strategy is to draft a running back with my first 4 picks…regardless of league style (redraft, dynasty, etc.). I aim to find value at other positions like WR and QB because if I miss on a bet at those positions, I can always trade one of my RBs for a roster weakness during the season. With my 5th pick, that’s when I take the TE. You have to hit on your TE, or else your streaming one every week. After TE10, your options really fall off. Let’s get into it.

I was a humongous Blake Jarwin fan in last year’s preseason. I thought he’d be a top ten fantasy tight end. Then Dak went down, and I still remained high on Jarwin. Then Jarwin went down. This year he’ll have an elite QB at the helm, but let’s be honest: How high a target share can he actually get? The answer is not that high. Between Zeke, Cooper, Gallup, and Lamb, there’s no reason to think that Jarwin is going to be a TE asset you need to draft. If you catch him on the waiver wire, fine. He very well could have a big week or two. That’s not how you need to spend your draft capital though. I’d steer clear.

This guy is my fantasy football nightmare. He has all the tools to be elite, yet it just never happens for him. I don’t know what to tell you. He was TE18 last year. Time to fire up the excuse factory. Last year, Barkley was hurt, so they stacked the box. Which made for plenty of 3rd and longs. This led to targets to outside receivers. This year, Barkley and Booker will run the backfield. Golladay adds a deep threat element. Toney is a new toy. Shepard and Slayton are still there. It’s an all-new offense.

However, if you read why I don’t like Jarwin, you might be asking why I like Engram, and the answer is opportunity. The Cowboys will have a high-powered offense leading to eventual running game scripts. The Giants aren’t going to be good. Plenty of playing from behind means plenty of passing. He’s still the biggest target in the red zone. An improved Jones will do wonders for Engram’s fantasy value. Take the leap with me!

I love this young Eagles offense. So much firepower. Hurts can put a team on his back, both in real life and in fantasy football. He’ll have a Heisman-winning receiver to throw to, mix in some Miles Sanders, Reagor, and Fulgham, and you’ve got a solid roster. All that said, Goedert is the most consistent receiver of the bunch. I fully anticipate he will be the number one target. Especially in the red zone. I have Ertz projected as TE17 because he will always have a piece of this Eagles offense, but there’s also a high probability that he may not be on this team by the start of the season. I’d pick Ertz off the waiver wire, but Goedert is a very draftable asset.

Washington now has two top 30 ranked WRs from last year in Terry McLaurin and Curtis Samuel, and I think that’s about where they’ll finish again this year (give or take 5-10 slots). If Washington is as good as they’re projected to be this year, they should have some negative scripts toward the passing attack, with the defense leading games and controlling the clock with the run game. Logan Thomas was TE9 last year, but I don’t think he will make a leap with Heinicke or Fitz at QB. The moves Washington made this offseason lead them to be a better team in real life, but they have a team that caps offensive fantasy production relative to the teams that have bad defenses and shoot’em up offenses that need to throw to catch up and stay in games.