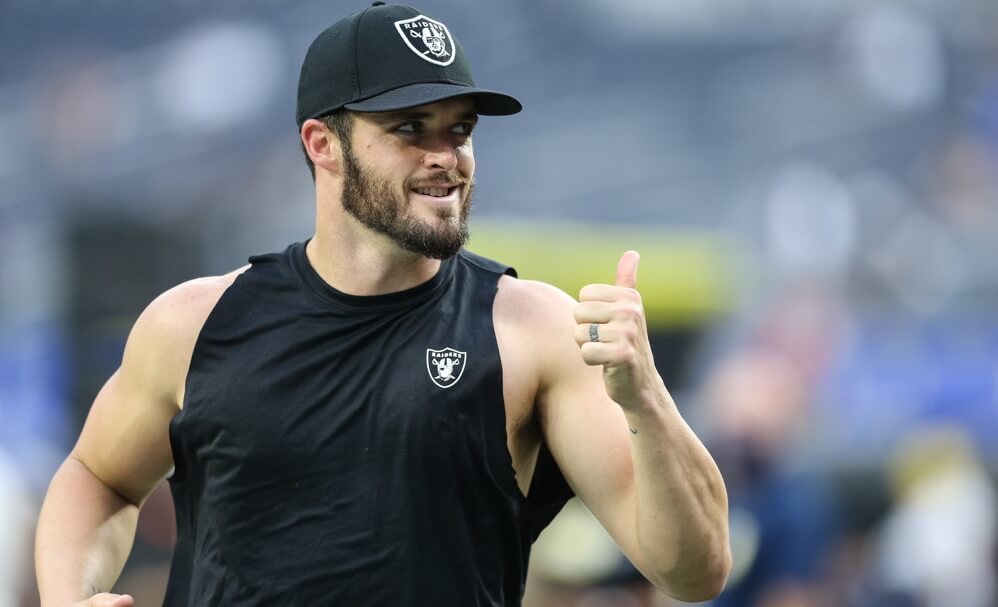 I believe this to be the most pivotal week in the fantasy football season. There’s a more than likely chance, with all of the injuries across the NFL, that your fantasy league is extremely competitive as a result; there’s no runaway team. With that, there’s likely a tight playoff race amongst a large handful of teams. If that’s the case, then what better time for a few bold predictions to lift your team up to compete for the title? It’s time to go bold or go home.

Colin’s Breakdown: It looks like the Detroit Lions will be without second-yard stud running back, D’Andre Swift, for some time. He is recovering from a shoulder injury he sustained on Thanksgiving Day against the Chicago Bears. In his place, Jamaal Williams carried the ball 15 times for 65 yards and caught all five of his targets for an additional 18 yards.

Ahead of Week 13, head coach Dan Campbell claims the Lions will “lean on Jamaal (Williams) quite a bit” in Swift’s absence. This shouldn’t be a surprise. Williams is more than capable of handling a heavy workload. In fact, in two games without Aaron Jones active in Green Bay last season, Williams recorded back-to-back games with 23 and 22 touches respectively. He scored 39.6 PPR points total in those two weeks with RB6 and RB8 weekly finishes.

Jamaal Williams has a great opportunity against the Minnesota Vikings, who are allowing the ninth-most fantasy points to running backs this season. They’ve allowed the 12th-most rushing yards and touchdowns to the position and are middle of the pack against pass catching backs. I know it’s hard to trust the Lions offense, but the volume Williams should see this week is too good to ignore. My bold prediction is a top-five finish for Williams fully expecting the offense to run through him on Sunday.

Mike’s Breakdown: It’s hard to find consistent production at tight end in fantasy football. On top of that, it’s extremely rare to then find a backup tight end that can fill-in and produce as well as the starter in front of him. Foster Moreau is the exception to this, not the rule. So, with Darren Waller recovering from an iliotibial band injury, my bold prediction is that Moreau scores over 20 points this week, something Waller hasn’t done since Week 1.

Last week, the Washington Football Team defense allowed Seattle Seahawks tight end to post a 5/37/1 receiving line on nine targets. Washington isn’t even having trouble with tight ends, per say, but are allowing the most points to opposing quarterbacks.

With that said, I like Moreau to serve as a top target to Derek Carr in Week 13 to carve up the defense. Last time he started in place of Waller in Week 7 against the Philadelphia Eagles, he caught all six of his targets for 90 yards and a score. As previously mentioned before, consistency at the tight end position in fantasy football is hard to come by. If you’re going to buy in to any bold prediction this week, let it be at tight end and get Moreau into your starting lineup.

Ahaan’s Breakdown: Just hours before the Giants hosted the Eagles in Week 12, we got some internal rumors that Kenny Golladay’s talents were going to be utilized more in the end zone. Whether or not that would turn into immediate pass-catching looks in the red zone were unclear—until the game actually took place.

Kim Jones just reported that the #Giants are intent on getting Kenny Golladay his first touchdown. Joe Judge talked to him about his role on the team prior to firing Jason Garrett.

Golladay was targeted in the red zone three times. While he could not convert any of those opportunities into receptions, the uptick in urgency to get him into the end zone was clear as he had only one red zone target on the season prior to Week 12. The Giants are clearly looking to get their big free agent acquisition, one of the best contested pass-catchers of the current NFL, more involved.
That should continue in Week 13 against a Dolphins defense that has given up the second-most receptions and receiving yards and the third-most fantasy points per game to wide receivers this season. Regardless of who starts at quarterback for the Giants offense, with so many playmakers banged up on offense, I’m making the bold prediction that Golladay hauls in his first touchdown of the season to go along with 6 receptions (tied for a season-high) and 90 yards.

Lauren’s Breakdown: It’s bold prediction time here at Fantrax, and this week I’m rolling with Josh Reynolds.  Reynolds was recently claimed off of waivers and started his first game for the Lions in Week 11.  While he ended the game without a reception, he leaped up the Lions’ depth chart, leading the team in both snaps and routes run.  His stat line fared better in Week 12, as he caught three-of-five targets for 70 yards and a touchdown.

I like Reynolds to continue to improve this week in a tasty home matchup against the Vikings.  Minnesota has allowed the second-most fantasy points to wide receivers this season, and has given up the third-most receiving yards to the position.  Additionally, the Vikings may be without their veteran cornerback Patrick Peterson, who was placed on the COVID-19 list earlier in the week.

Reynolds and Jared Goff already have an established connection from their time together with the Rams.  If the Lions are playing from behind this week, I expect Goff to look Reynolds’ way early and often. He doesn’t crack the Fantrax Top-50 wide receiver rankings for Week 13, but my bold prediction suggests he finishes well within in it.

Mick’s Breakdown: Washington held Seattle to just 15 points and 267 total yards on Monday night. Those numbers would have looked even better had they not allowed a 96-yard touchdown drive that nearly cost them the victory. While Washington has played better defense of late, I question how much of their recent resurgence has been a product of their opposition. Most of their recent foes (save for Tampa Bay) have struggled through the air this year.

That will not be the case with Derek Carr and the Las Vegas Raiders. Carr leads the NFL in passing yards through Week 12. He has thrown for at least 260 yards in eight of 11 games this season and thrown multiple touchdowns in seven of 11.

Though his favorite target, tight end Darren Waller, will not play in this game, the Raiders have plenty of other weapons who can step up in his absence. Waller totaled just 57 yards in Weeks 10 and 12, yet Carr threw for a combined 634 yards on a healthy 8.57 yards per attempt in those games. Also, Washington still ranks dead last in fantasy points per game allowed to opposing quarterbacks on the year. They have allowed a league-high 26 passing touchdowns versus just six interceptions. That -20 differential is four worse than any other team in the NFL.

S0, I expect Derek Carr to have another big day this week, and he can very easily finish the week as a top-10 fantasy quarterback. My bold prediction suggests he does while completing 27 of 38 pass attempts.