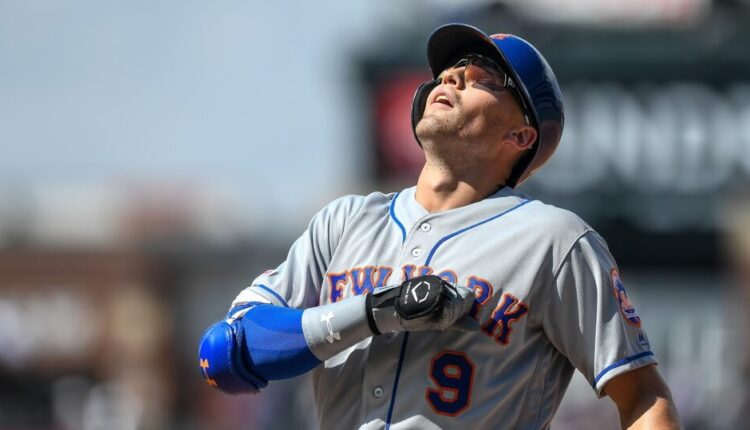 Use the FantraxHQ Hitting Planner to help with those close calls. We’ll do all the digging; you just enjoy the treasures!

Welcome to 2021 fantasy baseball for the second pandemic-inflicted MLB season in as many years. We are back to a full 162-game regular season which means we are set for 6 months of roller-coaster rides, all of which you can spend with us as we help you win your fantasy baseball leagues. You can get a head-start on the waiver wire by checking out Eric’s waiver wire guide and you can sift through available pitchers alongside David’s pitching streamer piece.

Today, I’ll restart a new series which we call Hitting Planner. Each weekend, I’ll identify hitters for the upcoming week that you should either Pick or Fade, given their matchups, hitting venues, opportunity, and current outlook in the batter’s box. All players mentioned will generally be around the threshold of either ownership or starting/sitting for your fantasy team. Rather than telling you, you should start Mike Trout in your redraft leagues, I’ll help you make the borderline decisions and keep an eye out for daily matchups where you cannot pass up on the upside of an under-the-radar hitter.

Regardless of what kind of fantasy baseball you play, even if it’s daily lineups, I’ll highlight both bad and attractive matchups for the upcoming week and will provide an outlook on who they will face and why they could come up big for your team the following week. All season statistics will be as of the end of the week’s Friday games (i.e. will not include events from weekend’s games).

I’ll be evaluating my picks on my Twitter account (@AhaanRungta) each week and will say a few words about the previous week’s picks on my next column. Let’s get started with Week 2 (April 12 — April 18).

The Pirates weren’t expected to do many things all that well in 2021 but their offense has seen a couple of bright spots, one of which is Colin Moran, well-known for hot power-hitting streaks that often play well for fantasy baseball. He has started the season in exactly that fashion, slashing .280/.379/.600 with a couple of home runs and four walks.

However, falling prey to hot streaks, ignoring matchups, and remaining attached to players that rank high in a young season is what loses you key matchups. Moran has all the reasons in the world to not produce for your fantasy team this coming week. He’s in an offense that has struggled as a whole, especially with their rookie stud Ke’Bryan Hayes on the injured list. Now, he has to face the daunting pitching staffs of the San Diego Padres and the Milwaukee Brewers.

The Padres pitching staff has been MONEY 💰

They lead the National League in…

Padres: Joe Musgrove throwing the first no-hitter in franchise history was far from the only sign of dominance from San Diego pitchers. As a team, the Padres rank top 2 in ERA, K%, BB%, xFIP, and SIERA and to begin the week, they are set to pump out the top of their rotation against the Pirates, starting with Yu Darvish and Blake Snell, neither of whom are attractive matchups for the currently-hot Moran.

Brewers: Making a run at the NL Central title will be no small task for the Brewers but if there’s a route to getting the job done, it’s through their deep pitching staff out of the rotation and the bullpen. As a team, the Brewers rank top 10 in the big leagues in ERA, K%, BB%, xFIP, and SIERA. This should come as no surprise as they are led by one of the most dominant 1-2 starter punches in baseball in Brandon Woodruff and Corbin Burnes and contain a PitchingNinja museum out of the pen led by Josh Hader and Devin Williams.

Even if the Pirates end up avoiding Woodruff and Burnes, Moran, who has always been prone to the strikeout, will not be able to keep up his torrid pace of barrels in the young season. Additionally, there might be some truth to some hitters’ complaints that Milwaukee is a rough place to hit — clearly, Moran might subscribe to that idea since in his career, he hits at a .214/.313/.339 slash in Milwaukee.

Another blue-hot start to the season for an offense that simply rakes, 24-year-old rookie Jonathan India is showing off his incredible offensive skill set, hitting at a .400/.414/.520 slash with a double, a home run, and a fantasy-dream 10 runs batted in, in just 7 games. This week however, is the perfect opportunity for India to be humbled for the first time at the major league level.

Giants: While the Giants’ pitching staff isn’t exactly overpowering with stuff and they rank around the middle of the pack in most pitching metrics, they have been getting the job done in the ERA department and holding their own against the Rockies at home. A well-known fly ball pitcher’s friend, the spacious Oracle Park can be taken advantage of in the deep gaps via line drives. However, India’s contact splits aren’t exactly encouraging in this department as over 50% of his batted ball events come as ground balls and only 19% are in the form of line drives. When the Giants host the Reds for their 3-game set to start the week, expect India to display very little power potential and display his potential to chase and whiff, making him an unattractive option for most scoring options. 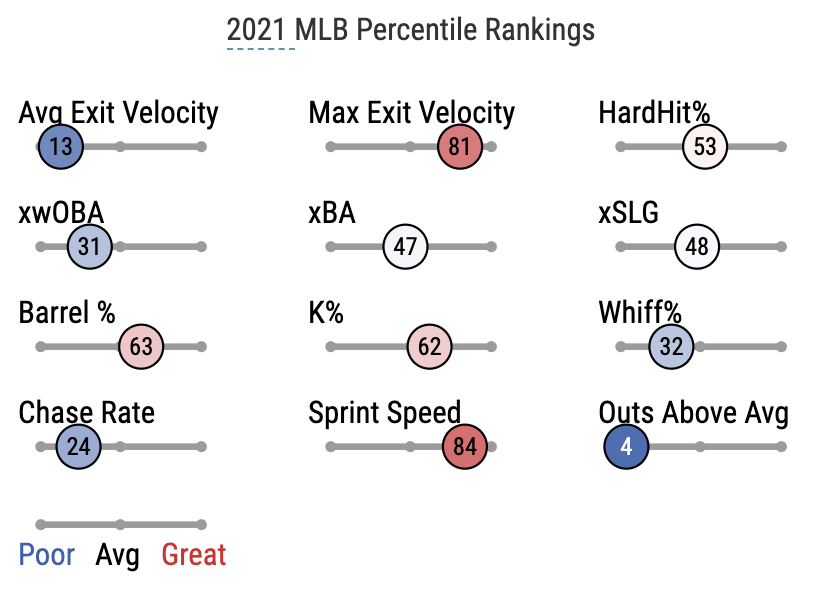 Indians: On the other hand, the Cleveland pitching staff is unattractive in the most intuitive way possible. They strike you out, induce whiffs, and wear you down. While the Indians’ one weakness as a pitching staff is allowing walks, India has yet to draw a walk in his major league career. Expect the rookie to be challenged at the plate and have to work to even get on base, especially if the Reds have to run into reigning AL Cy Young winner Shane Bieber.

Picks: Buy in while you can 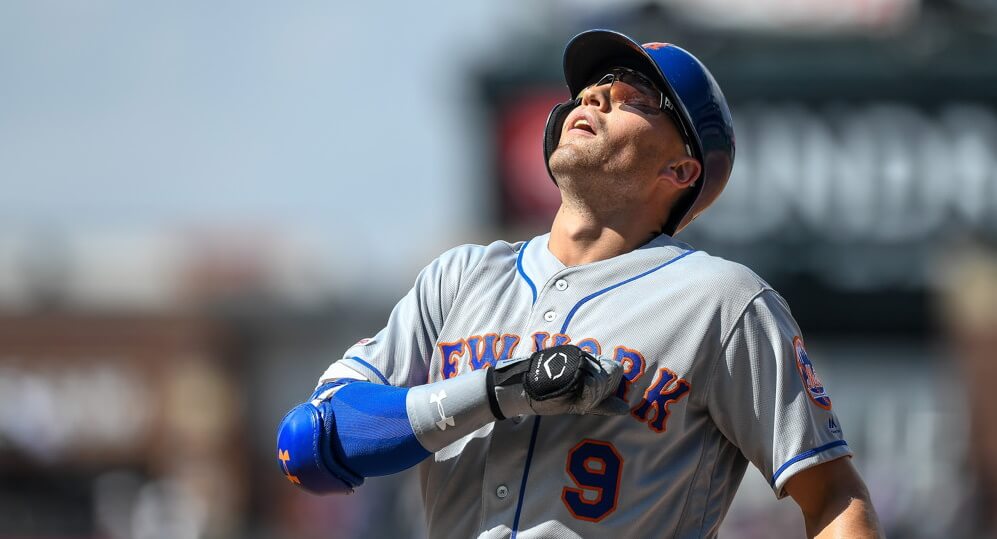 The Mets started their season late due to COVID-19 issues out of the Nationals clubhouse and it seems most of their bats have still not arrived. So far, Brandon Nimmo has been an exception. Coming into this weekend, Nimmo has slashed .429/.579/.571 on the season including back-to-back multi-hit games in Philadelphia and against Miami. Nimmo is far from an elite home run threat. Instead, he has been serving his primary role of leading off for the Mets very well, drawing 4 walks and only striking out once in 3 leadoff starts. Granted, all our sample sizes this season are minute so far but Nimmo has started off the year with peripherals similar to those he finished with in 2020, limiting chases and getting on base. If he continues this pace of drawing walks, he will finish the season top 10% in the league in BB% in back-to-back seasons and in three out of the last four seasons. 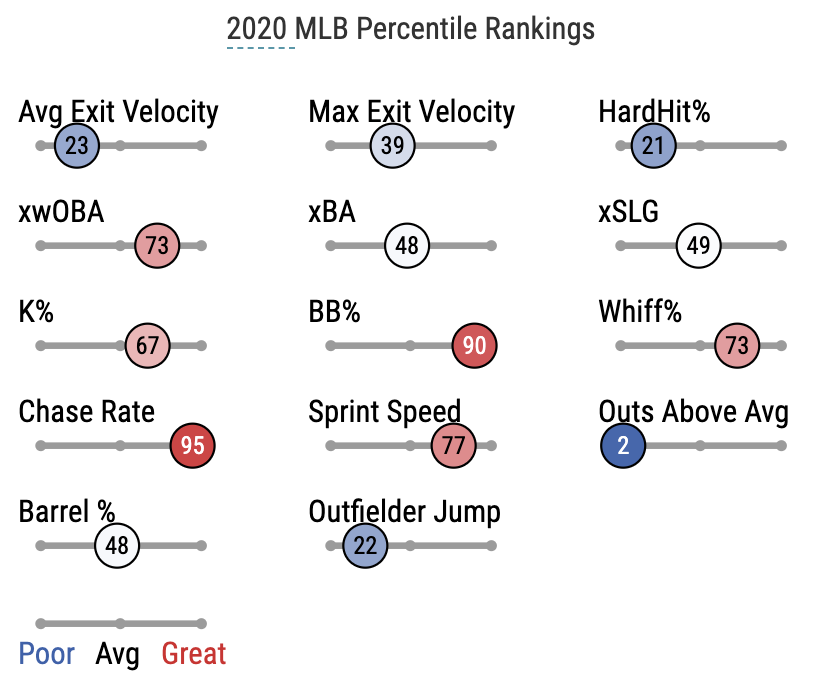 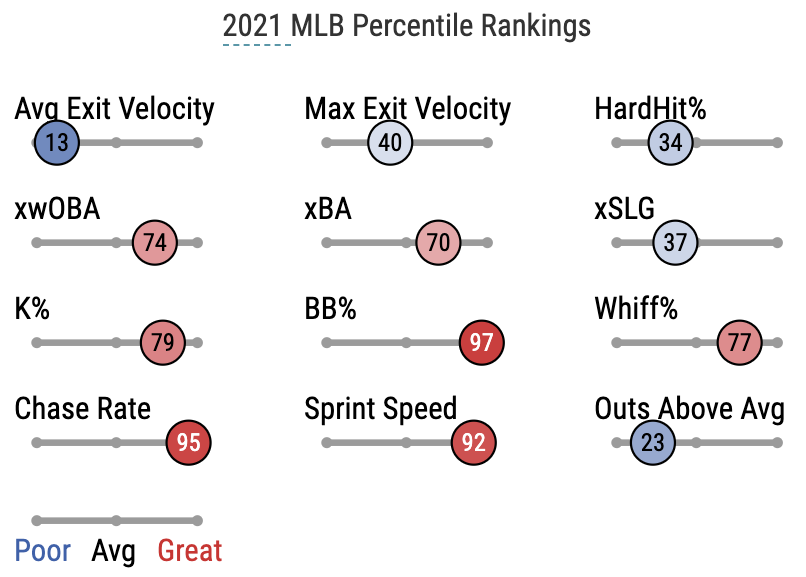 Set to face the Philadelphia Phillies again, this time at home, and then the Rockies in Colorado to finish out the week, don’t expect Nimmo to cool off immediately.

Phillies: Despite the top 10 staff ERA for the team, the Phillies are just middle of the pack this season in both K% and BB%, both traits that fall right into Nimmo’s skillset. Additionally, Nimmo boasts some decent numbers against the Phillies’ first two scheduled starters for the series.

Rockies: As for the Rockies, there isn’t much to say other than — they might be a popular target this year. So far this season, the Rockies are near the cellar in just about every metric related to baseball — they rank in the bottom 10 in ERA as a team and bottom 5 in K%, BB%, xFIP, and SIERA. With the Mets set to face that mess of a pitching staff in the attractive confines of Coors Field, the ceiling is sky-high for the best hitter in the Mets lineup right now, Brandon Nimmo.

Ride Nimmo’s hot streak and start him in your lineups through this week.

The former All-Star shortstop Elvis Andrus is spending his first season on a team other than the Texas Rangers. He’s not off to a great start and since the beginning of the 2020 season, he is hitting at a lowly .170 batting average and .504 OPS. None of that matters for the upcoming week though.

Diamondbacks: The Athletics begin their week with a quick 2-game set in the offensive-minded Chase Field, where Andrus has hit at a .279/.295/.395 slash line in 10 career games. Set to face a Diamondbacks pitching staff that ranks bottom 10 in ERA, K%, BB%, AVG against, xFIP, and SIERA, Andrus should find opportunity to play a major role in an Athletics lineup that finally found its groove in their current series at Houston.

Tigers: Speaking of pitching staffs that rank in the bottom 10 of just about every statistical category, the Detroit Tigers have also been the sixth-worst staff at containing the home run ball. With Detroit’s ace currently not in line to pitch against the Athletics until at least Sunday (what would be the last game of the series), Andrus could use his warmup in Houston and Arizona as an opportunity to cash in on run-scoring opportunities at the top of the Oakland batting lineup.