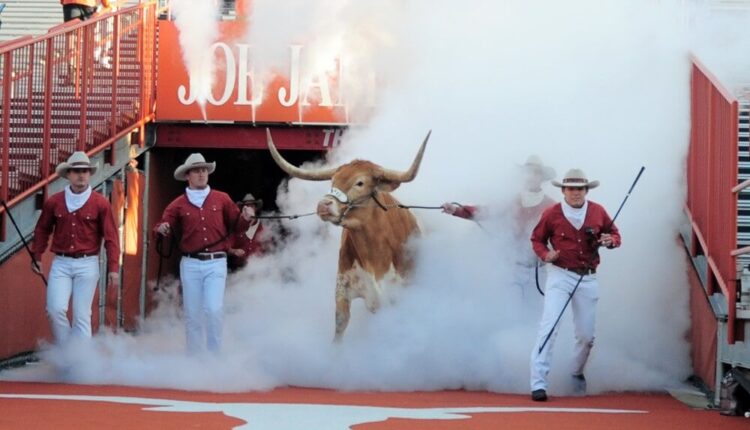 There is no topic more relevant in CFF circles than the uncertainty surrounding how and when the 2020 CFB season will be played. All conceivable options are on the table. From outright cancellation to the Big Ten and Pac 12’s move to conference-only play. At this point in time, it seems like the conference-only play model is the best shot at a fall, or even spring, season. If that model is adopted across the FBS, how would the changes affect the strength of schedule for fantasy purposes?

First, if the season were to be abbreviated what would the proposed schedule look like? Early returns indicate a 9-game conference-only schedule. From a CFF perspective, this format boosts G5 players who have heavy P5 off conference schedules. Here is a list of the schools whose strength of schedule I feel are most affected by conference only play:

USC is one of the only P5 teams really helped by the schedule, as they drop Alabama and Notre Dame. They still draw both Washington and Oregon’s solid defenses from the P12 North this season though.

Buffalo dodges three tough opponents in K St./Ohio St/Army, which is music to the ears of Jarrett Patterson owners. Antonio Nunn caught 11 of his 31 deep targets last season and is one of only nine returning FBS wide receivers to have received over 30 deep targets last season. Expect more production from Nunn with a more stable quarterback situation.

There is a lot of uncertainty surrounding how to handle Hawaii’s travel intensive schedule. If the Warriors can find a way to safely travel to the states, their MWC only schedule would significantly boost their offensive production on a per-game basis as they would dodge three Pac 12 opponents…Ball State quietly averaged 34.6 PPG in 2019 and returns much of the talent responsible for their offensive ascension. Lopping Michigan and Indiana off their slate will only improve the weekly averages of Drew Plitt, Justin Hall, and Yo-Heinz Tyler.

With a new coaching staff in Las Vegas, UNLV may be helped by conference-only play more than any G5 school as they oust Cal/LT/AZ St./ISU from their slate. 1,200 yard RB Charles Williams directly benefits from the step-down in weekly competition…Willie Fritz faces an easier path to a .500 record now, as Tulane won’t face Northwestern/Mississippi State/Army. Amare Jones has been skyrocketing up draft boards since Corey Dauphine’s injury. I expect to see him flirt with a 100 yards per game average in Tulane’s run-heavy offense…As if G5 powerhouse UCF needed any more breaks, they now eschew P5 matchups against UNC and ACC up-and-comer Georgia Tech. Gabriel will again average over 300 yards passing per game as Marlon Williams and Tre Nixon reap the benefits of the softer AAC secondaries.

In normal times, Mississippi State would have kicked off the 2020 schedule with a very manageable four-game slate of New Mexico/NC State/Arkansas/Tulane before running head-long into the SEC West buzzsaw, playing Tex A&M/Bama/LSU/Auburn. MSU then faces Mizzou and Kentucky before taking on an FCS team and Ole Miss to end the year. If you can float that tough middle portion of the CFF schedule, then Costello/Hill/Mitchell and company could be valuable down the stretch.

National Champion LSU could have used their warmup slate to acclimate new starting QB Myles Brennan to his surroundings. Instead, CFF friendly showdowns against UTSA/Texas/Rice will fall by the wayside. The three-headed RB battle will now be thrown into the SEC fire right away.

UAB is the rare G5 team who takes a hit thanks to a favorable non-conference schedule that includes FCS/NM St./South Alabama. WR Austin Watkins led the nation in deep targets last year with 42, but the slow pace of play from a Blazer team that relies on a stout defense could mean suppressed production from the passing attack.

Illinois had built up some momentum last season after HC Lovie Smith led the Fighting Illini to bowl eligibility. However now Illinois doesn’t get to score 30+ PPG against a trio of veritable tomato cans in  FCS/UCONN/Bowling Green. A Big-10 only schedule saps much of the upside present for the Illinois offense that only recorded 26.7 PPG and 329 YPG in 2019.

HC Matt Wells had a nice 2020 off-conference schedule set up for his second season in Lubbock. Now, the Red Raiders will sadly not be able to hang 35+ PPG on the hapless defenses of UTEP/FCS/Arizona.

Nebraska had a delicious seven-game schedule to open 2020 that may have had the Cornhuskers staring down 7-0 heading into their 10/21 tilt against Big Ten alpha dog Ohio State. Nebraska’s second-half slate is a nightmare, so Dedrick Mills, Adrian Martinez, and Wan’Dale Robinson will not have the same overwhelming early-season schedule advantage from a CFF perspective.

Considering Indiana plays in one of the toughest divisions in FBS, their non-conference slate of WKU/Ball State/UCONN/WVU was a sneaky advantage for savvy CFF drafters. Unfortunately, those CFF managers who were looking for Whop Philyor/Michael Penix Jr./Stevie Scott to rack up major points in September will be sorely disappointed. The Hoosiers will now spend the majority of their games against Big Ten blue-bloods Penn State/Ohio State/Michigan/Michigan State/Wisconsin.

Texas A&M had their softest schedule since they moved to the SEC several years ago. With a battle-tested upperclassman QB, a super-sophomore RB, and my favorite 2020 freshman WR, Demond Demas, A&M was poised to break-out of the SEC West pack and ascend the CFB Playoff pecking order. With their delightful off-conference schedule versus FCS/UNT/Colorado/Fresno now likely jettisoned, the Aggies now face a vastly different strength of schedule and now must run the SEC West gauntlet without the benefit of these favorable tune-up games.

Got more takeaways regarding how the strength of schedule has helped or hurt specific teams or players? Let us hear it in the comments below.