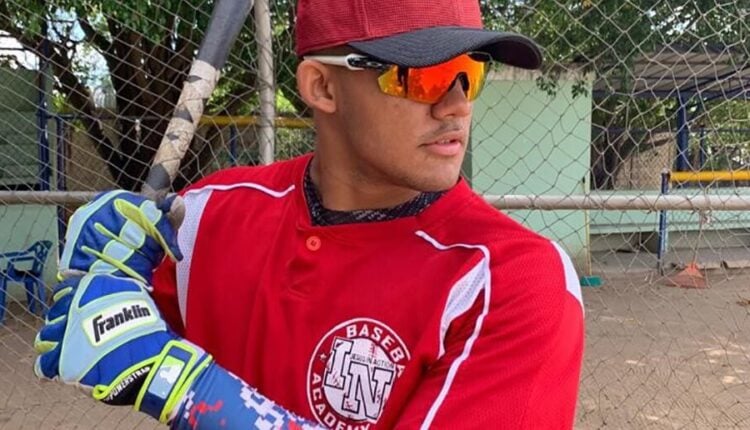 A key component of every dynasty league each season is the annual First-Year Player Draft. This is always an exciting time for dynasty leaguers when you can welcome a brand spanking new batch of prospects to your dynasty team. Don’t literally spank them though. I’m sure Commissioner Manfred would frown upon that. Some leagues draft the FYPD and J2 players separately, but I jammed them all together into one singular top-100 J2 & FYPD rankings. This is a great year to have a top pick as the first six players in my rankings below are already within my top-40 overall prospects with three inside my top-20.

First Tier & Battle at The Top

After much deliberation, I have settled in on a locked-in top tier for FYPD/J2 drafts. It took some feeling out, as usual, but I’ve also settled in on my order within that tier as well. Is that my final answer Regis? Yes, yes it is. In order, the top tier is Andrew Vaughn, Jasson Dominguez, Bobby Witt Jr, C.J. Abrams, Adley Rutschman, and Riley Greene. You’re probably wondering, “Rutschman at 5? You must be scared of drafting catchers Eric!” I’m really not. More times than I can remember, I’ve lauded Adley Rutschman and called him the top dynasty catcher in the game ahead of Joey Bart whom I’m also very high on. It’s just that the offensive upside of the four in front of him is so robust, it’s hard to rank him ahead of those guys. In terms of floor, he’s right there with Vaughn.

Dominguez, while only still 16, might have the highest upside in the draft. Both him and Witt possess 30/30 upside, but Dominguez gets the nod at #2 due to a better hit tool. At #4, C.J. Abrams has done nothing but dominate since the draft, hitting .393 with 15 steals in 34 games. With a plus hit tool, elite speed, and double-digit pop, the upside here is off the charts.

Finally, we get to Andrew Vaughn, my #1 prospect for 2019 FYPDs. Simply put, Vaughn has the best combination of ceiling and floor in this draft class. He combines a plus hit tool with easy plus raw power and has a chance to develop into a .300/35 middle of the order beast. If the lure of Dominguez sways you to him at 1.1, I won’t put up a stink about it. Just remember that Vaughn is several years closer to the Majors.

The 2018 FYPD crop was filled with high-upside pitching talent that this 2019 class simply cannot match. There are no Casey Mize level arms in this class and nobody I’d even put on the Matthew Liberatore, Logan Gilbert level either. Now, that doesn’t mean there aren’t upside arms for you to target in your draft. The trio leading the way are Daniel Espino, Jackson Rutledge, and Alek Manoah. I’ve never been a huge supporter of targeting pitchers early in a FYPD, but if any of these guys fall to you after pick 15 or so, I wouldn’t have any problems scooping one of them up.

Outside of them, Nick Lodolo is a boring high-floor, low-ceiling arm, but those guys have value too. He’s also likely one of, if not the first 2019 starting pitcher to make it to the Majors Leagues due to how advanced of an arm he is. If safe is your thing, you’ll love Lodolo.

Once you get past these top guys, you’re probably better off waiting unless you really need arms. If you do need an arm, the next tier of George Kirby, Matthew Allan, Quinn Priester, and Brennan Malone isn’t a bad pool to dip your toes in. All four have the ceiling of #2 starters. There is a massive drop to the next pitcher in my rankings after these four. If you want to wait on pitching, Noah Song, Zack Thompson, Blake Walston, and T.J. Sikkema have some intrigue.

Michael Toglia, 1B, COL: Massive power upside at Coors. As long as the hit tool develops, he could be a middle of the order force.

Matthew Wallner, OF, MIN: Same as above just without the Coors Field effect.

Sammy Siani, OF, PIT: Michael’s little brother might even be better than he is. Potential to hit for average, some power, and swipe 20-plus bags.

Hudson Head, OF, SD: Looks like a steal in the 3rd round with the potential for above-average to plus offensive tools.

Trejyn Fletcher, OF, STL: Saw him here in Maine and was impressed with the skill set. Very raw and will need longer to develop but the offensive tools are tantalizing.

Bryant Packard, OF, DET: I’m higher than most on Packard, but the guy just produces, Doesn’t wow you but has the skills to hit .280/20 with a fairly high floor.

Noah Song, RHP, BOS: As mentioned above, he’s an arm to target after the elite tier. Has the ceiling of a #2.

Peyton Burdick, OF, MIA: Might struggle to hit for a high average, but the raw power here is huge and Burdick can draw walks frequently. If the hit tool improves, watch out.

Jhon Diaz, OF, TB: One of my favorite J2 targets outside the elite group. Has the potential to develop into a 55-hit, 55-power, 60-speed at peak.

Ismael Mena, OF, SD: Speed for days with raw but projectable offensive tools.