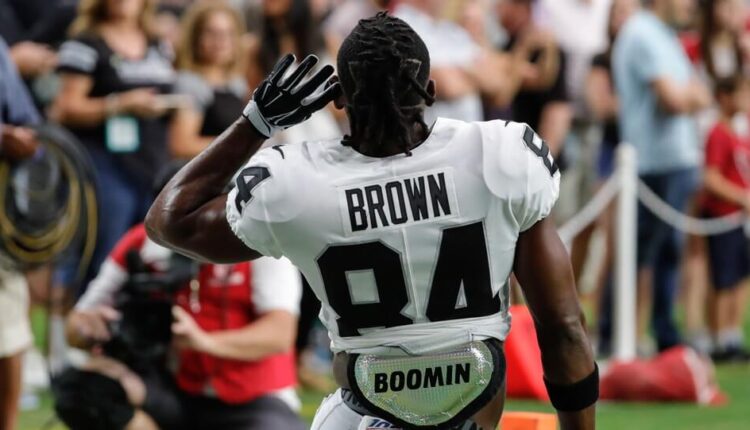 It’s easy to get sucked into the slow-motion, feel-good profiles of Hard Knocks. But don’t be a sucker. The Raiders still have a long way to go toward relevance, especially on the defensive side of the ball. That’s not to say that there aren’t some intriguing fantasy assets. The trick is to pay appropriately for them. They will be more competitive in 2019. How much more competitive? What does that mean for your fantasy shares? Let’s find out!

Impact: Cook had a great year for the Raiders and fantasy owners, but the Raiders decided to go with a committee approach in 2019. Outside of that, they didn’t have much else to lose after last season’s bloodletting.

Impact: Antonio Brown is the best route runner on the planet and the most productive WR over the last  five years in the NFL. Now that he’s no longer in the Steelers offense, he’ll receive another test. The TD numbers may decline, but the overall picture will be close enough to warrant his second-round ADP. Forget the helmet stuff and gross foot injury. He’ll be AB, and you want AB. Tyrell Williams is a decent addition, but won’t be a fantasy asset. The Raiders made cap room and they went out and spent. The rest of the signings will add much-needed depth to the roster.

Impact: Clelin Ferrell was a standout at Clemson, but wasn’t a “measurables darling”. I know what I saw, and I saw an outstanding playmaker in Ferrell on the field. Josh Jacobs has the talent to be a three-down back. The argument against him is he didn’t carry the load. I’ll make the counter-argument, he was efficient and productive when he did carry the rock, and he has fewer miles on him. Jonathan Abram is tough, chippy and will make his presence felt on the field in a quickly improving secondary. Hunter Renfrow is far from physically impressive, but he could be a slot sleeper this fantasy season. He has hands of gold and a knack for big plays at big times.

Derek Carr is a capable quarterback. He’s capable of filling in your bye week at QB in single QB leagues. He’s capable as a QB2 in superflex, but I prefer him as a third QB. Antonio Brown’s addition helps this offense collectively in a bog way, just don’t elevate Carr to QB1 territory. Josh Jacobs’ current ADP is perfect. There are enough naysayers out there keeping his value reasonable and you should jump on it! He’s a stud with zero competition. Darren Waller is someone to monitor at TE. In a weak year for the position, it wouldn’t shock me if he ended up a TE1 when all was said and done. Hunter Renfrow will also have potential waiver wire appeal in September.

The Raiders were 27th overall last year and 30th against the run. Clelin Ferrell is a lot better than some scouts give him credit for and Jonathan Abram is going to be a physical presence in the secondary. Still, this unit is not a fantasy asset.

The Raiders will be far more athletic on both sides of the football in 2019 and deeper in general. Last year’s turnover was necessary to reshape the roster, but they aren’t fully formed yet. I would expect some weeks where they upset some big teams and get beat by teams they should handle. All in all, 8-8 would be a victory in year two of the second coming of Jon Gruden.