Willie Calhoun: What Do We Do About Him? 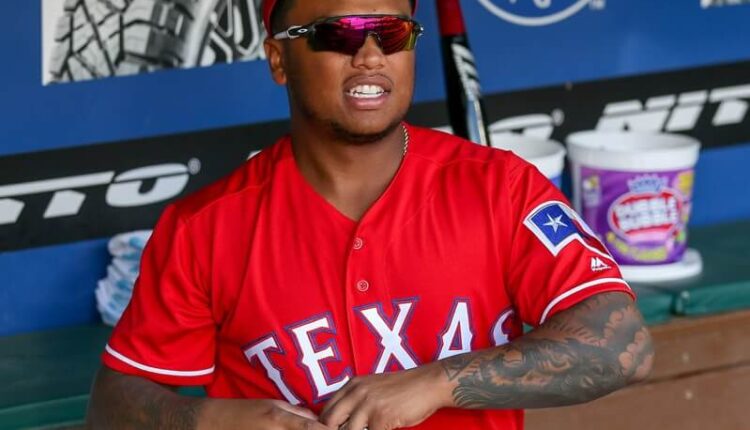 The former fourth-rounder was lauded for his ability to make contact and hit for power. Some viewed him as a 60 hitter with 60 power. In the minors he didn’t post alarming strikeout rates, always posting strikeout rates below 20% in the minors. He would walk a fair bit, and was widely loved for his skillset. He wasn’t great in the field but that didn’t bother many because he always hit, and showed power.

Calling him not great in the field might have been an understatement, he drew poor reviews everywhere he played. He wasn’t athletic, he didn’t have a great arm and he just struggled everywhere. But Willie Calhoun proved that he could provide value with his bat. Some thought he could move to first but he is 5’8″ so it’s not a conventional profile there. He was ultimately traded to the Rangers, for Yu Darvish where thought finally he would have a shot. During his time as a Ranger, he has been given his major league debut and tantalized with 21 homers while hitting .269/.323/.524 in 83 games during the 2019 season.

Where do we go with this though? What do we expect from Calhoun? What is he as a dynasty asset? That is what we are going to be discussing here. As a dynasty asset, I believe that Calhoun can be an asset for your long term as a power-hitting outfielder who doesn’t walk all that much. Which personally I devalue guys that don’t walk because it provides some safety to the profile but he still is a value. I would even go as far as to say you should trade for him, as 2020 hasn’t been kind to him and might present value.

While I ding Calhoun for his middling walk rates, he does provide you with power and a useable batting average. You won’t be counting on Calhoun for stolen bases, that’s not his game. Willie Calhoun is a hitter who makes contact and when given the opportunity can pull it out of the yard. During his most successful stretch, 2019, he pulled the ball 50% of the time and barreled the ball 6.2% of the time. The shifts against him have gone up, but that’s bound to happen. Calhoun is at his best when pulling the ball and getting to that 60-grade raw power.

He does pull the ball a lot, which allows him to get the most out of his power, but he was in the perfect park for that. For left-handed batters, Globe Like Park was like hitting in Coors and Willie Calhoun took advantage of his surroundings. This is the sign of a smart hitter. We will not know how the new stadium impacts hitters accurately until the end of 2021. But Calhoun has shown he can lift the ball and avoid hitting groundballs.

He has yet to post the batting average *shudders* that one would expect from a 60-grade hitter. That will change as he sees more pitching at the highest level. It’s not easy facing big league pitching, and the gap between AAA pitchers and MLB pitchers is wide. We see that his contact rates have gone up from 85.4% in 2019 to 88.7% in 2020. It is encouraging to see him take the necessary steps forward in 2020 in the contact department. He is so pull-happy so teams shifting on him may never allow him to be a batting average asset, but he’ll never hurt you there.

While I like Willie Calhoun he could lose playing time because he is trending towards becoming DH only. Texas has other outfielders that can play the field and if 2019 is just a mirage he won’t play. He has to hit to get into the lineup. 2019 showed us a flash of what he is. If he can carry that over he is someone you should be targeting in a buy-low situation.

Ultimately I view him as a guy who could put up 30 homer seasons with a .270 batting average. If afforded an everyday role that could happen, he’ll also have to stay healthy. If Willie Calhoun is afforded the playing time he can be a valuable OF3 for you, especially if you find speed in other positions for you. Plus owning Willie Calhoun is fun because it’s fun to watch thicc bois hit dingers, or at least that’s what the kids say…I think

The Fantasy Baseball Injury Report: We’re Half Way There!