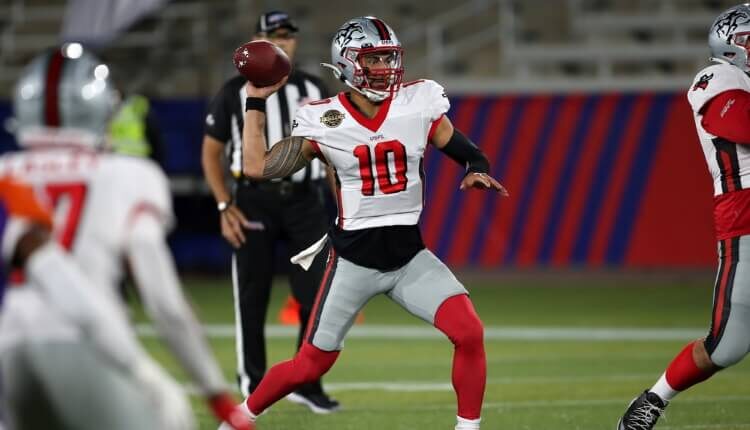 Week 1 of the USFL was interesting, to say the least. It kicked off with a game that almost went into overtime and ended with a blowout. What we learned almost immediately was these teams could have used more than a three-week camp to get on the same page. There were miscues early on, as expected, but there were exciting plays as well. Overall gameplay should improve as the players continue to get their feet wet. Through all of the good and the bad, here is what we learned from USFL Week 1.

What We Learned: NJ Generals vs. BHAM Stallions

What We Learned: HOU Gamblers vs. MICH Panthers

What We Learned: PHI Stars vs. NO Breakers

What We Learned: TB Bandits vs. PIT Maulers

Fantrax was one of the fastest-growing fantasy sites over the last few years, and we’re not stopping now. We are the most customizable, easy-to-use, and feature-rich platform in the industry, offering the greatest fantasy experience for your dynasty, keeper, redraft, and best ball leagues. Fantasy sports doesn’t sleep, and neither does Fantrax, with seasons running 365 days a year. Take your fantasy leagues to the next level now at Fantrax.com!
usfl
Share