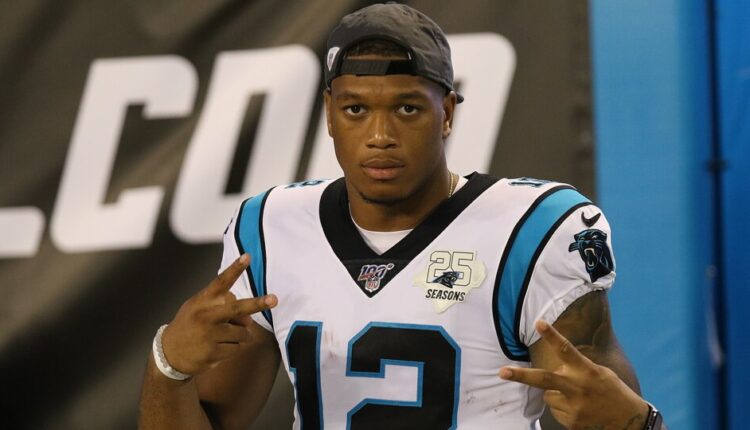 Hope you’re ready to win some money this week. Welcome back for another list of DFS picks for DraftKings and FanDuel. These picks for Week 4 will leave you in the money.

Let’s get into my top picks for DFS. Again, I will list the values from DraftKings and FanDuel. DraftKings has a salary base of $50,000, and FanDuel has a base of $60,000.

Kirk Cousins has been one of the surprising fantasy quarterbacks this year. In three games he has eight touchdowns, no interception, and right under 1,000 yards. This week the Vikings are playing the Browns which should be a high-scoring game. Dalvin Cook is still questionable to return so for this price, Cousins is a great DFS pick this week.

The Rams got exactly what they needed with Matthew Stafford. Similar to Cousins, Stafford has nine touchdowns, one interception, and over 900 yards. The Rams are playing the Cardinals who have a terrible secondary. The fact that Stafford is not in the top three salaries this week is mind-blowing. Stafford is going to have a field day this week with the weapons he has on offense.

It was about time that Najee Harris broke out as the PPR monster he was set out to be. Last week Harris was targeted 19 times and caught 14 of them. This week Harris has the Packers, but DraftKings has him as such a bargain this week, it’s almost impossible to not play him. Harris will get all the check-downs and red zone targets all game. He is one of the few workhorse backs in the game right now. Harris will have you in the money.

It looks as if Urban Meyer finally learned how to utilize James Robinson in the Jaguars offense. Robinson rushed for 88 yards and a touchdown last week and also caught all six of his targets. Robinson was not huge in the passing game last season, but so far through three games he already has 92 yards on 12 receptions. Robinson is valued extremely low in DraftKings, and the Jaguars have a solid matchup against the Bengals. Robinson can be used in the flex option easily this week for his low salary.

Jonathan Taylor has not had the best start to his season. But, he has gone against some tough run defenses in the Rams and Titans. Going forward he has a favorable schedule for running backs. This week Taylor will face off against the Dolphins, who just gave up over 100 rushing yards to Peyton Barber. Taylor has been given a low salary this week due to his slow start, but trust me he will be a top running back this week for DFS.

D.J. Moore is easily Sam Darnold’s favorite target this season. This week the Panthers are playing the Cowboys, who have given up 28 fantasy points per game to wide receivers. Moore is valued reasonably this week and is one of my top wide receiver picks for DFS this week. He may not get you the touchdown you need, but he will come down with eight or more catches and over 100 yards.

Keenan Allen makes this list this week because his FanDuel salary is too good to pass up on. Even with Mike Williams stealing the show the past three weeks, Allen has still put up back-to-back 100-yard games. Allen is still clearly getting targets and the Chargers are playing the Raiders this week. The Raiders are giving up 21 fantasy points per game to receivers. Allen is going to have a field day this week against the Raiders.

Christian Kirk is my super value pick this week because the Cardinals are playing the Rams. Yes, the Rams. The reason Kirk will have yet another great day is that Jalen Ramsey will be all over DeAndre Hopkins. Kirk will either have the red zone targets this week or he is going to get you over 100 yards on eight catches. The Cardinals will be playing down this game, as the Rams’ high-powered offense will rack up points. This leaves Kyler Murray throwing the ball, and when Hopkins is double-teamed, Kirk will be the option all game.

Yes, Noah Fant had a terrible game against the Jets. But, that was because the defense did all the work so the passing game was not there. But, the important thing is K.J. Hamler tore his ACL and is out for the season. Jerry Jeudy is still out as well. So, this leaves Courtland Sutton, Tim Patrick and Fant. Also, the Broncos are playing the Ravens, who have given up the second-most fantasy points per game to tight ends. At this salary, Fant is one of the undervalued tight ends in DFS this week.

Both Sterling Shepard and Darius Slayton are questionable to play this week. Kenny Golladay is also banged up, so the Giants are hurting for receivers. Evan Engram looks to be a solid value DFS pick this week as there is no one else there that can be effective in the passing game. The Saints are a tough team against tight ends. But if you want to spend your money on other positions and bargain for the tight end spot, then Engram is your guy.

Like I said above, the Giants are hurting at the wide receiver position. So, the Saints should have another field day on defense as they did against the Patriots. For under $5,000 in FanDuel and under $4,000 in DraftKings, the Saints are easily the top DFS pick of the week.

But, if you want an even cheaper bargain this week for DFS, then go with the Colts. They are on the road against the Dolphins, but they are playing against the backup in Jacoby Brissett. Brissett threw 49 times and only had 215 yards against the Raiders. The Colts have a much better defense than the Raiders and will easily contain Brissett all game.