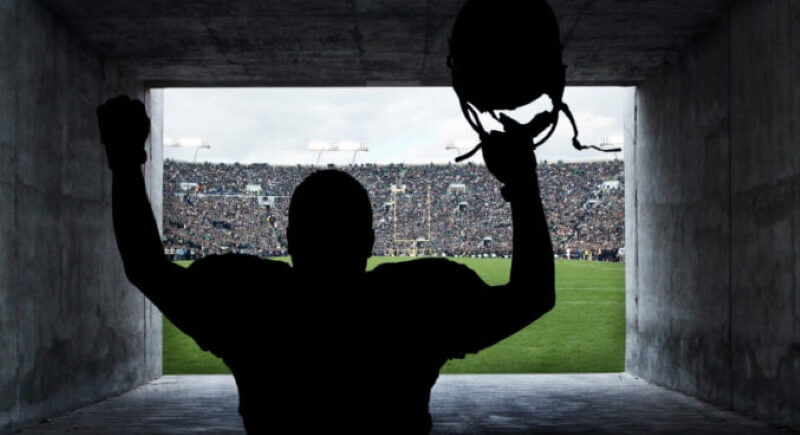 A week ago, I established a baseline of ownership in IDP leagues at Fantrax that a player had to come in at or under of 20 percent to be eligible for “sleeper” status in this article. If a player’s available in four out of five leagues, it struck me that he was snoozing away.

Well, one week later I’m breaking my own rule—albeit just barely. Because there’s a player sitting at 22 percent ownership who should be rostered in three times that many IDP leagues—at least.

After piling up nine stops against the Indianapolis Colts in Week 1, Ross Miles of 4 For 4 singled out second-year linebacker Kyzir White of the Los Angeles Chargers as a priority waiver target.

“White was named the starting middle linebacker for the Chargers and turned in a solid display in Week 1 against the Colts, recording nine total tackles (one for a loss),” Miles wrote. “White was being given plenty of playing time as a rookie before a Week 3 knee injury forced him on to the injured reserve, but he looks to have picked back up where he left off, playing 86% of snaps on Sunday. Without Derwin James mopping up tackles in the box and a defensive line focused on disrupting the quarterback, White looks set in a position to accrue some decent fantasy points over the course of the season. He is shaping up as an upside LB3.”

White added seven more tackles in last week’s loss to the Detroit Lions, playing in 89 percent of the team’s defensive snaps. That number isn’t going to drop with reserve safety Adrian Phillips joining James on injured reserve this week, which only served to solidify White’s role as that upside LB3 Miles mentioned.

Now that we’ve stretched the rules a bit with a “bonus” selection, let’s look at the rest of the IDP sleepers for Week 3.

Over his first two seasons in the NFL, Hendrickson amassed two sacks. Over the first two games of his third season, the third-round pick out of Florida Atlantic has amassed three. While speaking with ESPN’s Mike Triplett, Hendrickson said that he entered this season determined to show that his first couple of years in the league didn’t reflect what he was capable of.

“I wasn’t gonna leave anything in doubt this year,” Hendrickson said. “My confidence has always been the same, but the (added) weight helps. I’ve improved every year, every offseason. And when the opportunity comes, I’m excited to show out.”

The 6’4″ Hendrickson, who is up to 270 pounds this year, hasn’t played as many snaps as the likes of Marcus Davenport and Cameron Jordan. But the relentless motor Hendrickson’s known for on the practice field is finally carrying over into games ahead of a plus IDP matchup with a Seattle O-Line that continues to struggle in pass protection.

After coming over from the Dolphins in an offseason trade, Quinn spent the first two games of his Cowboys tenure serving a suspension for violating the NFL’s PED policy. As Rob Phillips reported for the Cowboys website, head coach Jason Garrett will be glad to get the two-time Pro Bowler on the field Sunday against Miami.

“He’s a really good player,” Garrett said. “He’s a very good pass rusher. He’s demonstrated that throughout his career and he’s a really willing run defender. He’s been really active doing that again throughout his career. Sometimes those guys are viewed as, ‘Hey, I just get the quarterback and let the other guys do the dirty work,’ but he’s demonstrated that he’s willing to defend blocks, do a good job defending his gaps and going and making plays on the ball in the running game. So, we’re excited to get him back in here.”

It’s been a long time since Quinn posted a double-digit sack season, but even in a disappointing lone season with the Dolphins, the 29-year-old managed to amass 6.5 sacks. The Cowboys thought enough of Quinn to cut ties with former first-round pick Taco Charlton to make room for him on the roster, and Quinn’s first game of 2019 comes against an abysmal mess of a Miami O-Line.

Eguavoen was the talk of training camp in Miami, the unheralded youngster who went from a CFL transplant with little shot of making the team to Week 1 starter and three-down outside linebacker. Eguavoen told Omar Kelly of the South Florida Sun-Sentinel that at no time during his unexpected rise did he ever consider himself a longshot.

“I never see myself being second to anybody,” said Eguavoen. “That’s just my mindset that I grew up in whether it’s basketball, ping pong, anything. I never want to be behind anybody. I think that’s how a good team is built, if everybody has that mindset of, ‘I’m going to be the starter.”

The Dolphins are by no means a good team, and Eguavoen hasn’t made much of a statistical dent in his first two NFL starts—just nine tackles and half a sack. But the 26-year-old is playing over 90 percent of the defensive snaps and faces a Cowboys team in Week 3 that will all but certainly be nursing a big lead and pounding away on the ground in the second half.

With rookie first-round pick Devin White looking unlikely to play in Week 3 due to a knee sprain, it will fall to Minter to man the inside linebacker spot next to Lavonte David this week against the New York Giants. As Minter told Scott Smith of the team’s website, the defense’s first priority Sunday will be slowing down Giants tailback Saquon Barkley.

“It’s all gap integrity with this guy,” Minter said. “You talk about a guy with vision? The only other guy I’ve ever seen with vision like that was probably AP, Adrian Peterson. He sees everything. If that guy’s out of his gap…it could be a run to the right but if a guy way out to the left in the D-Gap is out of his gap, he’s hitting it. He sees it.”

Over two years as a full-time starter in Arizona, Minter averaged less than six total tackles a game. But the 28-year-old oiled up nine total stops last week against the Carolina Panthers and the Giants will likely lean on Barkley even more than usual with rookie quarterback Daniel Jones making his first career start, making Minter one of the sneakier IDP sleepers of the week.

It’s been a miserable year for the Dolphins, who have been outscored 102-10 in two games, were just shut out 43-0 by the rival Patriots and have watched as core young players were traded away for draft picks. Per Vincent Frank of Sportsnaut, McCain admitted that all the chaos is a topic of conversation among the players who are left.

“It’s OK to talk about,” McCain said. “It’s happening. They make decisions. The higher-ups make decisions and we have to live with them.  At the end of the day we have who we have. And we’ve got who we’ve got.”

McCain, who has spent most of his four-plus seasons as a cornerback, has been pressed into action as a safety this year. Now, with Minkah Fitzpatrick on his way to Pittsburgh and Reshad Jones on the shelf, McCain’s the last man standing on the back end headed into Sunday’s beating-in-waiting in Dallas.

The acquisition of star safety Landon Collins garnered all the headlines in the Washington secondary this offseason, but as T.J. Ford wrote recently for the Huddle, it’s been the play of Nicholson over the first two weeks of the 2019 season that has really turned heads.

“Nicholson was the starting free safety alongside DJ Swearinger to begin Washington’s 2018 campaign but lost his job in week 9 following the acquisition of Ha Ha Clinton-Dix,” Ford said. “A late-season arrest didn’t help things from Nicholson either. As one of the few holdovers from the middle of the Redskins’ defense, Nicholson has performed admirably on fulltime usage to begin the year. The former Spartan has 14 total tackles, 2 PDs, and an interception so far. The Bears represent a juicy matchup in week 3 as Chicago has afforded over 34 fantasy points per game to opposing safeties through their first two games. Give him a look as a mid DB2 for your squad.”

Through two games this year, Nicholson has amassed 14 total tackles and an interception—numbers that slot the 23-year-old inside the top-10 safeties in most fantasy scoring systems. That level of production may not be sustainable over the long-term, but even DB2 numbers would make the youngster a fine spot-start.

Got a few IDP sleepers of your own? Let us know about them in the comments below. You don’t get to say, “I told you so,” if you don’t tell us so. In the meantime, you’ll also want to check out Michael Florio’s Week 4 Rankings and Scott Engel’s ROS Rankings.