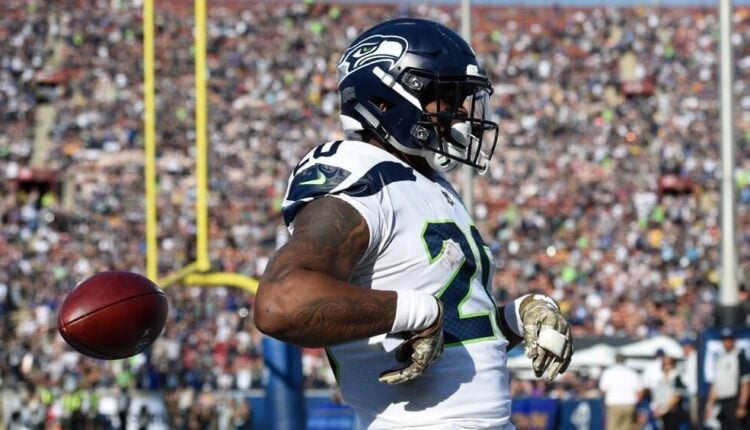 We are going to keep up with this article weekly for the rest of the season, giving you an analysis of the players that are growing in value, and those that are plummeting in my rankings. We are approaching the weeks where the playoff picture truly comes into shape, which is why it is important to be extremely active on the waiver wire and trade market trying to bolster your roster by any means. Here are my Week 15 Stock Up/Stock Down picks.

It seems like we have been waiting for this day to come for ages now. But with Chris Carson done for the year, it seems as if it might be Rashaad Penny szn. Pete Carroll even went on to say that it might be time to give Penny a crack at lead back. The ceiling here is high, because the former first round pick is young, and should have a lot of juice left in his legs. However, the injury risk is undeniable and the track record is thin, so there is some risk here.

Cincinnati may just have the best young WR duo in the league right now. Ja’Marr Chase gets all the attention, but man Tee Higgins is talented. He has gone for 114,138,114 yards in his last three games and has scored a touchdown in his last two. He is a rock-solid WR2 with upside from this point on.

I talked about Renfrow a few times earlier in the year. I said that he seems to be Derrick Carr’s safety valve player and that Carr really trusts him. Fast forward to Week 15 where Renfrow has seen 9,10, and 14 targets over his past three games, while eclipsing 100 yards in all three of those games. He is there every week from here on out.

Even in a week where the matchup was good, Julio was the WR1 for the Titans and still managed to disappoint. This has been a pretty frustrating season for Jones. It is very hard to drop him because A.J. Brown is still out and this makes Julio the guy. Trouble is, he simply has not gotten the targets he needs to produce. He has another enticing matchup with Pittsburgh coming up, if there is ever a time for him to finally live up to expectations it needs to be in Week 15.

Perhaps the biggest bust of this entire 2021 Fantasy Football season, given his 3rd or 4th round ADP. In Half PPR leagues, A-Rob had not eclipsed a double digit scoring week this year. He is pretty much a name-brand clogging up your bench right now. So unless you are in a very deep league and you are very thin at WR it is probably time to part ways with Allen Robinson II for now.

Sutton has become virtually unplayable over the past few weeks. Since the return of Jerry Jeudy, he has been a complete afterthought in this passing attack. He has not seen more than two targets in the last six weeks. At this point where the matchups are win or go home, you cannot trust Sutton any longer.