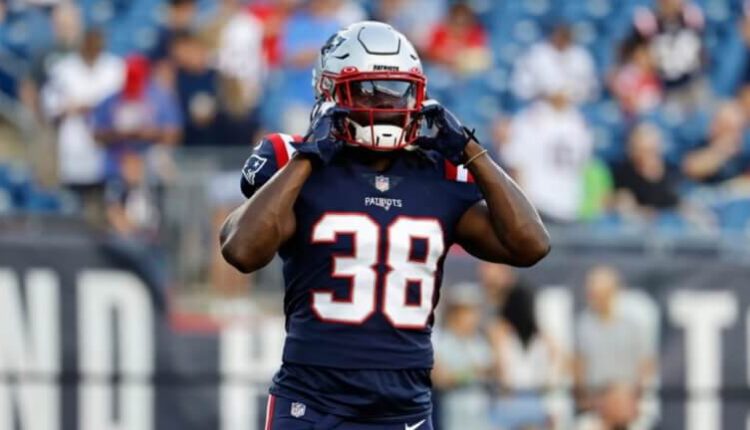 The fantasy football regular season is fast approaching the three-quarter turn. Just four weeks remain until the playoffs begin. The FAAB bids and waiver claims are fast and furious as teams jockey for position. If we have learned anything over the past two weeks, it is to expect the unexpected. Among last week’s top-five fantasy players at each position were Trevor Siemian, Rhamondre Stevenson, Kendrick Bourne, and Tyler Conklin. Not exactly household names or players who had done a whole heck of a lot before last week. All we can do is continue to play the percentages and give ourselves the best chance to win each week. With that in mind, here are my Week 11 Flex rankings. I gear these towards half-point PPR leagues, but they should be beneficial regardless of your league settings.

Overall RB7 Aaron Jones suffered a mild MCL sprain and will miss one or two weeks. Green Bay has a Week 13 bye, so my money is on him sitting out until Week 14. AJ Dillon has been a very productive number-two back for the better part of the year even with Jones firmly in the fold. Before last week, Dillon had at least 11 opportunities and 59 scrimmage yards in five of six games. A lack of touchdowns was the only thing that prevented Dillon from top-24 fantasy value over that stretch. With Jones hobbled at the end of the game last week, Dillon broke out for 128 total yards and two fourth-quarter scores. Dillon now goes from potential Flex to RB1 for as long as Jones is on the shelf.

The New England Patriots removed Damien Harris from the Week 11 injury report after he missed last week’s game to a concussion. Given the Thursday start, I am a little wary about trusting Harris with a full workload this week. I’m no doctor or football coach, but it seems to me that if a player has a brain injury that forces him out of action on Sunday, he is not likely to get a full complement of touches in an NFL game four days later. Rhamondre Stevenson filled in beautifully for Harris on Sunday. The rookie ran for 100 yards and two touchdowns and hauled in four passes. In the last four games in which both Harris and Stevenson have played, Harris has had 73 opportunities to Stevenson’s 41. I think we will see a much more even split on Thursday, with Stevenson perhaps even earning a majority of touches.

New England’s Week 11 opponent, the Atlanta Falcons, also has some question marks heading into Thursday’s matchup. Cordarrelle Patterson is questionable due to an ankle injury. If Patterson cannot go, we are looking at a healthy dose of Mike Davis. That is probably better news for the Patriots than it is for managers with Davis on their rosters. Atlanta has essentially phased Davis out in favor of Patterson in recent weeks. Before Atlanta’s Week 6 bye, Davis averaged 58.4 yards from scrimmage per game. Since the bye, he has averaged just 28 yards. If Patterson plays, you probably have to trust he is healthy enough to produce, but I would expect a lesser role than normal. Davis could be a potential Week 11 Flex play on volume alone if Patterson is out. Just don’t expect too much.

Elijah Mitchell’s status for Week 11 could be in some doubt after the breakout back broke his finger in last week’s upset victory. Mitchell had to have a pin inserted following the diagnosis. Even if Mitchell is available for Sunday’s contest, I would be surprised to see him get a full workload this week. San Francisco plays the Jacksonville Jaguars on Sunday in a game they should be able to control throughout. That makes Mitchell’s injury a bit more painful for fantasy managers given the likely favorable game script. Jeff Wilson handled 10 carries on Monday night, and JaMycal Hasty has yet to practice after missing last week’s game due to an ankle injury. As of now, I have Mitchell ranked the highest, with Wilson and Hasty following him. If Wilson is left as the last man standing Sunday, he could be in for a big day.

Antonio Brown has been out since Week 6 with an ankle injury. There was hope that he would return following Tampa’s Week 9 bye, but that was not to be. The Bucs’ offense surprisingly sputtered last week in Washington, and none of their would-be replacements for Brown have stepped up in his absence. Tyler Johnson has just 98 yards over the three games Brown has missed. Chris Godwin and Mike Evans should continue to see a more concentrated amount of looks for as long as Brown remains on the shelf. The Bucs play on Monday night, which makes this difficult for those hoping to get Brown back in their lineups. I don’t like to start players coming off injury anyway. Given that and the Monday night game, there is too much risk involved to rely on Brown this week.

The Tennessee Titans placed Julio Jones on injured reserve before last week’s game. He will be out at least through the team’s Week 13 bye. I bring this up not to highlight the fallen Jones, but rather his potential replacement. Marcus Johnson had five grabs for 100 yards with Jones out last week. It was just the third 100-plus yard effort in Johnson’s five-year NFL career. Ordinarily, I would not put a ton of stock into one game, but there are a couple of things I think are worth noting. First, the loss of Jones (not to mention Derrick Henry) means extra attention will be paid to A.J. Brown. That was frequently the case on several occasions last week, as the Saints refused to let Brown beat them. If the Houston Texans take a similar tact, Johnson could garner more looks.

The other reason I am intrigued by Johnson in the short term is that several prominent wideouts have byes over the next two weeks. The four teams on byes over this period are the Los Angeles Rams, Denver, Arizona, and Kansas City. Nine of the top-40 fantasy wide receivers in year-to-date scoring play for those four teams. And that is not including other prominent wide receivers such as Jerry Jeudy and Odell Beckham. Johnson could be a priority add this week for fantasy teams heavy on wide receivers from these teams. I do not currently have Johnson ranked high enough for me to recommend him universally as a Week 11 Flex play, but he could be a target depending on your roster construction.

Coming into last week, Mike Gesicki and T.J. Hockenson were top-five producers at the tight end position. Then both proceeded to post goose eggs in Week 10. Go figure. Gesicki was targeted seven times, which is right on par with his season average. Hockenson, meanwhile, was targeted just one time by Jared Goff. Hocksenson had a total of 29 targets over his previous three games. It was also quite apparent that the Lions did not trust Goff to throw the ball in bad weather against the Pittsburgh Steelers. D’Andre Swift carried the ball 33 times last week after getting no more than 16 in any of his previous 21 NFL games. Fantasy managers have little recourse but to hope last week’s games were aberrations for the young tight ends. Both should be trusted as top-10 options for Week 11.

One tight end who had more than zero fantasy points last week was Dan Arnold. Big Dan. Dan the Man. Call him whatever you want, but call him a viable Week 11 Flex play. Arnold has hit the 60-yard mark in four of his last five games. In that span, he is the overall TE11 and TE10 on a per-game basis. This is even though he has yet to find the end zone in that span. If he had just a single touchdown over that stretch, he would be the TE6. Jacksonville’s Week 11 opponent, the San Francisco 49ers, usually does a solid job in limiting opposing tight end production. They are in the top-10 in terms of the fewest fantasy points per game allowed to the position. However, Arnold is fast approaching matchup-proof status at this stage in the game.

Dallas Goedert prematurely exited last week’s win after suffering a concussion. He has yet to practice for the Philadelphia Eagles this week. As is the case with several of the injured players I have mentioned above, I included Goedert in my Week 11 Flex rankings for the time being. However, my early inclination is that he will not play this week. Even if Goedert is cleared to play, the matchup is less than ideal. The New Orleans Saints have given up the eighth fewest fantasy points to opposing tight ends. They are also one of just four teams that have allowed fewer than two touchdowns to the positions. Fantasy managers should plan to be without Goedert this week and have a backup plan in place. But I would hold wherever possible. He should be a top-10 fantasy tight end going forward, health permitting.