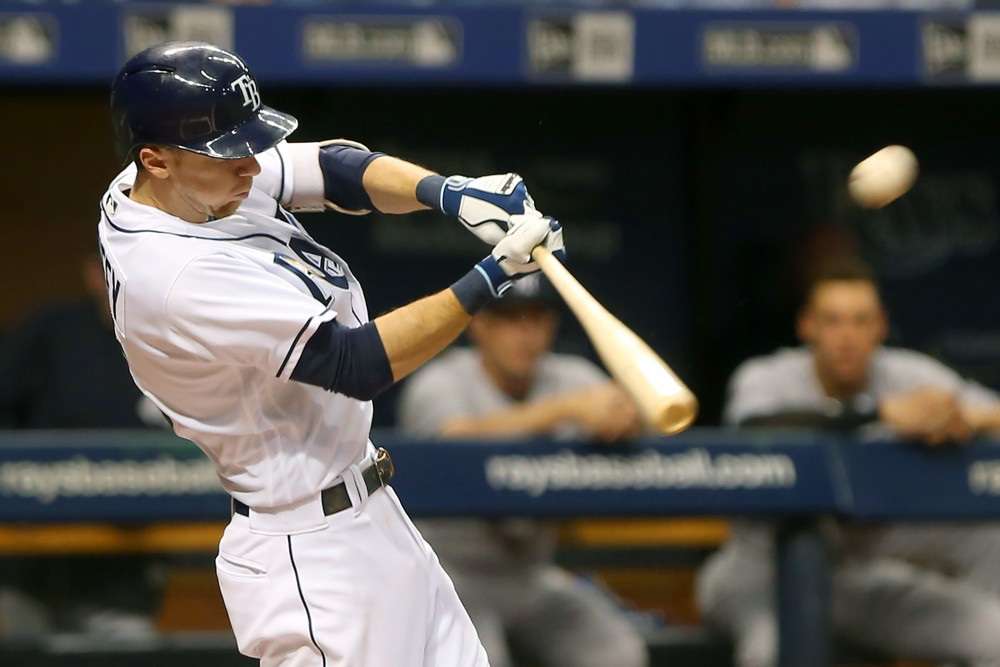 Welcome to the fantasy baseball grind. It’s the beginning of summer, the weather is starting to heat up, and the grind of a full 162 game season is starting to take effect. Yes, we’re not the ones out there playing every day, but you’d be surprised how hard it can be for some people to set their fantasy lineups every day. This time of year is incredibly crucial for teams in 4th-6th in roto leagues and 4th-9th or so in H2H formats. You’re either in it to win it, but just need a little boost from the waiver wire, or you stay with the status quo and fall out of contention. The choice is yours. Wow, I felt like Jigsaw from the Saw movies saying that last sentence.

Sure, the baseball season is in full swing but football is coming. Start your own league today or jump into one of the cash games over at Fantrax.

Time for a pop quiz. Who is tied for the Major League lead in runs scored over the last month? (Insert Jeopardy music here).

“Who is Jose Altuve?” Sorry, incorrect.

Now, this is where the really smart looking person, who is already up by many thousands of dollars, on stage buzzes in. “Who is Jon Jay?” Correct!

Over the last month, Jay is tied with Nolan Arenado for the Major League lead with 26 runs scored. Never thought you’d hear those words, did you? It helps when you’re leading off every day and hitting .343 over that span. Granted, he’s providing almost nothing in the power and speed departments, but the average and runs scored certainly have value. Think of him as a poor man’s Nick Markakis.

Some might look at Jay’s current .374 BABIP and think that his average is unsustainable. These people wouldn’t necessarily be wrong, but when you see that his career BABIP sits at .346, it makes what he’s doing look more realistic, especially when you factor in that his hard contact rate is up 10.8% from last season. Jay needs to be owned while he’s leading off and hitting this well.

The Dbacks were looking to Jon Jay more to plug a glaring hole than to jumpstart their slumping offense. In two weeks with his new team, he’s done both. https://t.co/t9gDfgibg2

The last time Matt Duffy was fantasy-relevant was in a time when Barrack Obama was still President and I only had one kid. The year was 2015 and Duffy was one of the most underrated third basemen of the fantasy baseball season. He finished with a .295 average, 12 homers, 12 steals, 77 RBI, and 77 runs scored. Nothing there jumps out at you and smacks you in the forehead, but Duffy was a solid, under the radar asset for fantasy owners that season.

Now, after two straight seasons wandering through the fantasy wasteland, Duffy rises out of his coffin like the Undertaker at Wrestlemania. In 234 at-bats this season, Duffy is slashing .321/.363/.440/.803 with four home runs, four steals, 22 RBI and 21 runs. Again, nothing too sexy, but safe across the board contributions. he’s been even better over the last two weeks, hitting .340 with half of his power and speed output. Depending on your league setting, Duffy might have some sort of middle infield eligibility too which makes him even more intriguing.

Man, do I love myself some Tom Murphy. The offensive upside has always been apparent, he just needed the chance to showcase it full-time at the Coors Field launching pad. That chance might be right now. Since being recalled from Triple-A on June 12th, Murphy has started in eight of 12 games. Yes, having the additional DH spot for a three-game series against the Rangers helped, but it’s still quite encouraging.

That offensive upside I mentioned was on full display this season for Triple-A Albuquerque. In 187 at-bats, the 27-year-old backstop slashed .289/.359/.642/1.001 with 14 doubles, 16 home runs, and 45 RBI. This type of offensive upside cannot be ignored, especially at an offensively deprived position. His playing time isn’t set in stone by any means, but it’s worth picking him up in hopes that he continues playing 4-plus times a week. if he does, the payoff could be a top-10 fantasy catcher the rest of the season.

If you don’t own Shane Bieber and he’s still sitting on your waiver wire I’m extremely disappointed in you. Not mad, but disappointed. And remember from when we were kids, having your parents disappointed in you was worse than them being mad. Bieber needs to be owned in more leagues. Plain and simple.

Let’s have a quick reminder of his greatness in the minors this season. In 76.2 innings spanning 12 starts, Bieber dazzled with a 1.29 ERA, 0.77 WHIP, 0.7 BB/9, and 8.5 K/9. This production didn’t come out of thin air either as his career numbers are almost as good. It’s amazing what you can do when you locate your pitches and limit the free passes.

We’re now three starts into Bieber’s Major League career and each one has been more impressive than the last. In those three starts, Bieber has a 2.45 ERA, 1.36 WHIP, and a surprising 10.8 K/9. That strikeout rate is likely to regress a little, but low ratios and a stellar walk rate should be expected moving forward.

A few short months ago, Marcus Stroman was being drafted just outside the top 100 picks (ADP 127.1) as the 36th starting pitcher off the board. That equates to a third or fourth fantasy starter. Now, here we are a few months later and he’s available in over half of Yahoo leagues and over two-thirds of ESPN leagues. It’s not that hard to see why with that 7.71 ERA, 1.71 WHIP, and one and a half month stint on the disabled list. If you didn’t have a DL spot open, stashing him made zero sense.

I’m not going to sit here and BS you that Stroman is going to come back and magically revert back to the guy that had a 3.09 ERA last season. He’s on the waiver wire for a reason. I’d be foolish to ignore how awful he was in five starts before landing on the shelf. However, if you have the room, it’s certainly worth a look to see how he fares in his return today. Let’s hope the time off cleared up his shoulder fatigue. Stroman has the upside of a Top-40 SP moving forward if he’s fully healthy.

One bad outing shouldn’t take away from over two months of solid pitching. However, it just so happens that this particular bad outing came just after being anointed as the new closer in the wake of the Hunter Strickland injury. Before allowing two runs on four hits in two-thirds of an inning on Wednesday, Dyson has a strong 2.45 ERA. Even with that outing, his ERA still sits at 2.94 to go along with a 1.07 WHIP.

Is Dyson a super intriguing player to own? Not at all. But is he a closer with a pulse and a decent track record in the role? Absolutely. And not one single fantasy league out there can tell me that not one owner in the league isn’t scrounging for saves like Scooby Doo scrounges for clues and Scooby snacks. As long as you don’t expect elite strikeout numbers, Dyson should be a serviceable closer for the next month or two.