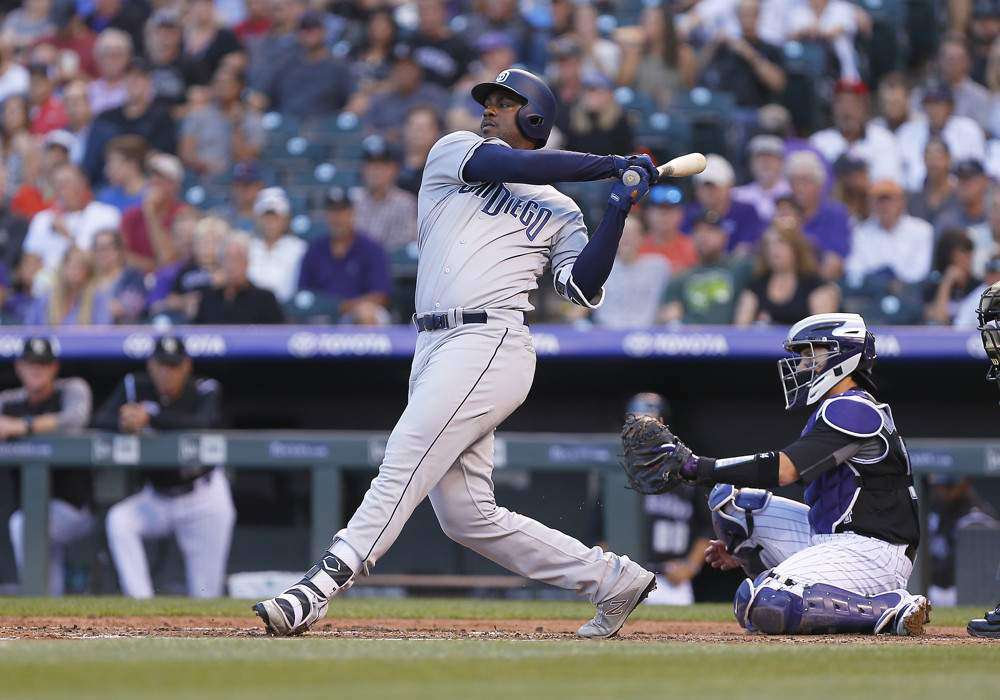 Four days ago I tweeted out that this is the time in the fantasy baseball season when you need to take the player’s name out of the equation and make some waiver wire pickups when needed. We’ve all likely been guilty of it, myself included. It’s tough to drop a big name player, even if they’re killing your team day in and day out. Joey Votto is a perfect example lately. Huge name, but not providing anything in the counting stats. That’s an extreme example, but it shows that name value in re-draft leagues means almost nothing. Utilize the waiver wire and make the moves that need to be made, even if it means dropping a big name player.

This is the point in the #FantasyBaseball season where you need to ignore the name. If it's a re-draft league or they're not keepers for you, drop them if needed.

What I didn’t mention above is that two of the guys I added for the above drops are the first two names below. I can’t stress my above statement enough.  In re-draft leagues, make the moves that need to be made to win. No one ever won a fantasy league on name value.

Okay, Franmil, you home run machine, I see you there. Over the last two weeks, Reyes has slugged six dingers in 34 at-bats and is averaging one homer every 12.2 at-bats for the season. That’s not all either. He’s hitting for average, too. We all know the Franimal is a powerful individual. However, the rest of his offensive profile, mainly his hit tool and plate approach, have lagged behind some. Until this year that is.

After registering an 8.5% walk rate in Double-A last season, Reyes improved that all the way up to 14.8% this season in Triple-A before getting the call to San Diego. Both his walk and strikeout rates have regressed in the Majors, but that’s to be expected from basically every rookie not named Juan Soto. With Reyes seemingly entrenched as the everyday right fielder going forward, he’s worth an add in all formats for the massive power potential and a batting average that won’t kill you.

Now, I haven’t taken Spanish since 2001, but I believe the below tweet says, “Franmil Reyes is a big man that hits bombs and you should add him in all fantasy leagues.” Don’t fact check that, it’s correct.

There’s not a lot of category juice here, I get that. But everyone, and I mean everyone, can use a guy hitting .347 with seven runs and four steals over the last two weeks. Being eligible at three different positions in most leagues (2B, 3B, OF) is icing on the cake. It hasn’t just been a hot two weeks either. For the season, Wendle is slashing .297/.346/.425/.771 in 414 at-bats and was a .288 hitter in his minor league career. Wendle has attributed his success this season to swinging the bat more naturally. Do whatever you got to do Joey, it’s working. This isn’t the sexiest fantasy pickup, but the batting average, speed, and versatility certainly have value for the stretch run.

So, Francisco Mejia had his first start as a Padre yesterday. You could say it went well. Two taters later and Mejia is on the map as a Major Leaguer. There likely weren’t a ton of people that thought he’d leave the yard twice in his 2018 debut, but it wasn’t hard to predict success in the Majors for Mejia. For most of the last two years, he’s been considered the top catching prospect in the land and one of the top overall prospects in the game. In 427 combined Triple-A at-bats between Columbus (CLE) and El Paso (SD), Mejia slashed .293/.338/.471/.809 with 30 doubles, 14 home runs, and 68 RBI. Those numbers are also basically a mirror image of his 2017 statistics as well.

Basically, the man is a natural hitter. Mejia’s plus bat speed and solid bat to ball skills from both sides of the plate bode well for continued high batting averages. There’s even 20-25 home run upside in that bat too once he continues to mature and add strength. Remember, Mejia is still only 22 years old. It remains to be seen how San Diego will utilize Mejia down the stretch, but his added versatility of being able to play a little third and in the outfield corners, Mejia should see semi-regular at-bats as long as he hits fairly well.

Maybe a demotion was all that was needed to awaken his bat from its deep slumber. Since being recalled on July 25th, Frazier’s slash line has skyrocketed to .348/.403/.607/1.010 in 112 at-bats. Talk about flipping a switch. Sometimes you just need to turn your bat off and back on if it isn’t working I guess. On top of the strong batting average, Frazier has three home runs and 10 runs scored over the last two weeks while hitting primarily 2nd for Pittsburgh. If your league is one of the 78% on Fantrax where Frazier is just chilling on your waiver wire, I’d recommend changing that.

I feel for you Kansas City. At this time last season, the duo starting at first and third was Eric Hosmer and Mike Moustakas. A solid pair. Now you got Ryan O’Hearn and Hunter Dozier. Obviously, not the same caliber duo, but a duo providing value when fantasy owners need it the most.

At first base, O’Hearn is doing everything he can to fit in with the other mashers at the position. Over the last month, he’s hit eight home runs with four of those coming in the last two weeks. Additionally, the batting average has been hovering right around .300. Let’s now take a different route than normal and try to poke holes in this hot stretch and overall strong 2018 showing for Mr. O’Hearn.

You can study those numbers all you want, but they all pass the sniff test. O’Hearn isn’t being aided by a high BABIP, is putting the ball in the air, and making hard contact to all fields. You can say his 34.6% HR/FB rate is due for some regression, but that’s about it. As long as he’s starting against a right-handed starting pitcher, he’s worth trotting out there. Against southpaws, bench him, as he’s hitting .038 (1-for-26) against them.

Across the diamond, is former #8 overall pick, Hunter “Don’t you dare call me Brian” Dozier. A man that was drafted too high, but did have some solid skills that made him a first-round talent. The problem is, those skills like to go hide a lot. But right now, they’re peaking out of their shell and owners in deeper mixed leagues or AL-Only leagues should take notice. Dozier has swatted a trio of home runs over the last two weeks while hitting a robust .340. This isn’t likely to continue for long, but it’s worth adding him and riding out the hot streak in deeper leagues.

First off, does it make you more of a man if you spell it with two Ns? Not likely, but Jordan Zimmermann has been the man over the last month for the Tigers. In 34.1 innings, Zimmermann has posted a 3.41 ERA, 1.17 WHIP, and 0.8 BB/9. The strikeouts will never be overly high with Zimmermann, but he can provide a boost in the ratios down the stretch. Also, he only has one really tough matchup left against Houston early next week.

Zimmermann isn’t the only one in the Motor City pitching well lately. Teammate, Matt Boyd, has a solid 3.86 ERA, 0.99 WHIP, and a 26/6 K/BB ratio in 30.1 innings over the last month. In his last start in the Bronx, Boyd finished with the definition of a “Quality Start” (3 ER in 6 IP) and looked really good after a rough first inning where he allowed two runs on four hits. While not flashy, both of these Detroit hurlers are solid waiver wire pickups for the rest of the season.