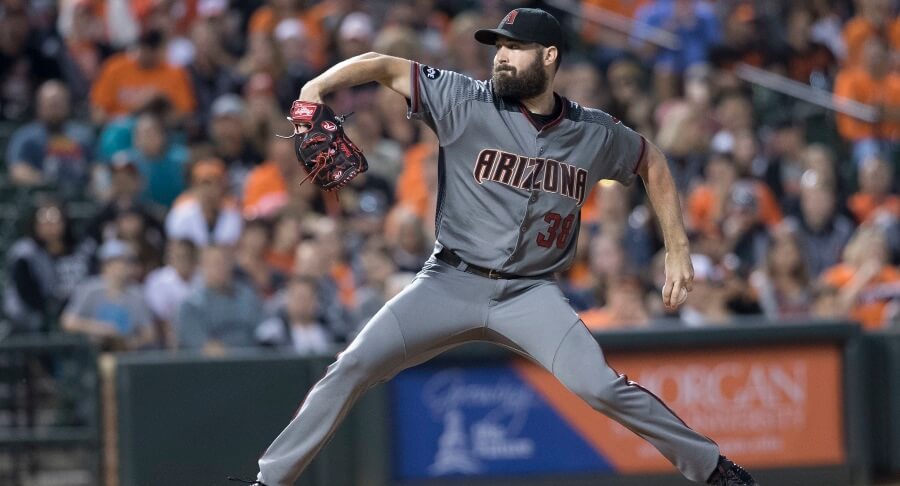 As I will every Friday for the remainder of the season I will be looking at Two-Start Pitchers for the week ahead and placing them into tiers. A couple of important notes regarding two-start pitchers. One, we will be looking at this on Fridays, meaning that this is just a projection and all matchups and rotations are subject to change.

For more help getting ready for the week ahead, check out Eric Cross’ Waiver Wire Recommendations.

Two-Start Pitchers for the Week of July 22

Stephen Strasburg – COL, LAD: Despite the rough Dodgers matchup, Strasburg is just too talented to be on your bench. The easier Rockies matchup make him and easy automatic start.

Trevor Bauer – @TOR, @KC: Bauer has had a rocky season but the stuff is still ace-worthy and he has two above-average matchups this week.

Gerrit Cole – OAK, @STL: Cole is one of the 10 best pitchers on the planet easily and despite mid-tier matchups he is a no-doubt start every week.

Chris Sale – @TB, NYY: Two tougher division matchups make Sale a riskier proposition but there is no way you are sitting Sale. The man is one of a handful of pitchers ever who legitimately has a chance at setting a single-game strikeout record.

Mike Clevinger – @TOR, @KC: Clevinger has shown flashes of what made him a budding ace going into 2019 since returning from injury. He has two top-tier matchups. One of the best two-start pitchers on the slate.

Robbie Ray – @BAL, @MIA: Ray is one of the most frustrating pitchers in the world to own yet his upside is insane. With two elite matchups this week he is without a doubt a start.

Domingo German – @MIN, @BOS:  German has two extremely difficult matchups but he has been good enough so far this season to earn the benefit of the doubt. Start him confidently.

Eduardo Rodriguez– @TB, NYY – The knockoff Robbie Ray, E-Rod is one guy ill never be able to quit. The strikeout upside is enough for me to take the plunge despite the tougher matchups.

Yonny Chirinos – BOS, @TOR: Chirinos has quietly been a breakout star for the Rays. He has ridden a great splitter to his success. He pairs a tough and easy matchup but hes one I’m willing to ride with this week.

Jon Gray– @WAS, @CIN: While neither of his matchups is particularly great, Gray has pitched well enough to get a run in lineups. He may finally be showing the talent that made him a top 5 draft pick. If he avoids Coors I’m starting him.

Sonny Gray – @MIL, COL: The Reds and their new pitching coach have turned Sonny back into an ace. The Milwaukee matchup is rough but hes succeeded no matter the matchup for the past few turns. He deserves the lineup spot this week.

Chris Paddack – @NYM, SF: Paddack is a future ace and is coming off the best start of his career. He gets a fantastic matchup and gets to face off with Pete Alonso in his other start. He dominated the Mets earlier this season and I anticipate him doing it again this time out.

Kyle Gibson – NYY, [email protected]: Gibson has been much better than many have realized in the past two seasons. He gets a tough matchup and an easy one this week. I’ll take my chances with the K upside against the White Sox.

Martin Perez– NYY,@CHW: Perez has not been as dominant as he was earlier in the season but he is still an above-average pitcher with good strikeout upside. The Yankees could blow this up but I want the White Sox matchup.

Trevor Richards – @CWS, ARI: Richards is one of my favorite pitchers to watch in baseball. His changeup is a thing of pure beauty. He gets two above-average matchups and despite the poor offense behind him, I like him this week.

Jason Vargas – SD, PIT: I cannot believe I am writing these words but I like Vargas this week. Both his matchups are above average, the Pirates are the worst team against lefties. I do not feel good about this but I want him in my lineups.

Mike Fiers – @HOU, TEX: Fiers has been his typically average self in 2019. These are poor matchups I want nothing to do with this week. Houston is getting back to full strength and the Rangers have a powerful dangerous lineup.

Wade Miley – OAK, @STL: The Athletics have been one of the best lineups in the league against left-handers this season and while the Cardinals are average I do not want this double step. Miley has been fine but there’s no upside here. There are better options.

Yu Darvish– @SF, @MIL: While he has been better of late, I am not comfortable starting Darvish in Milwaukee this week. For those chasing Ks, he is not the worst option.

Dakota Hudson – @PIT, HOU: Hudson does not get strikeouts and has not been able to avoid the long ball so far this season. The Houston matchup makes this a no go for me.

Chris Archer – STL, @NYM: It seems like forever ago that Archer was a Cy Young candidate. The righty has really struggled in 2019 and as a result, I cannot justify starting him this week.

CC Sabathia – @MIN, @BOS: The big man has two just brutal matchups this week. There is just not enough upside with the future Hall of Famer for me to make the move to start him this week.

Daniel Ponce de Leon – @PIT, HOU: Insert Fountain of Youth joke here. Ponce de Leon has been good in 2019 and has shown above-average strikeout upside but I do not like the Houston matchup. I want to avoid that with any young pitcher if I can.

Chase Anderson – CIN, CHC: Pitching twice at home against powerful lineups, Anderson is a guy who will be nowhere near my lineups. His fly ball tendencies in that ballpark scare me off him this week.

Danny Duffy – @ATL, CLE: Duffy has been a successful part of several of my lineups this season but he is a guy who needs his matchups curated. The tough Braves lineup combined with the improving Cleveland lineup is one set I want to bench him for.

Spencer Turnbull – PHI, @SEA: Both of these teams can mash and with no offense behind him I will be benching Turnbull this week. I think he is a great young pitcher with a bright future ahead of him but this week is not a week I want to take the chance.

Shaun Anderson – CHC, @SD: He gets to pitch in two great pitcher’s parks but I do love low K pitchers and Anderson is just that. I think one of these starts becomes a blow up even if I cannot predict which one it will be.