Twitter on Fire: Taking the Fans’ Pulse before NFL Kick Off 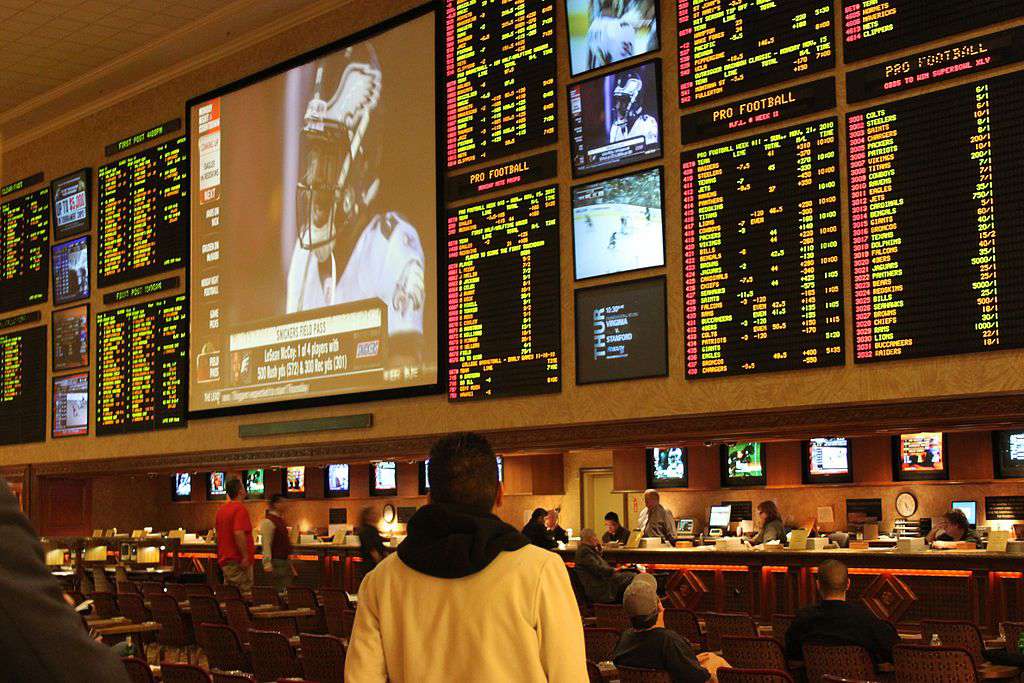 In May, the Supreme Court opened the door to sports gambling across the nation with its 6-3 ruling in Christie v. NCAA. Justice Samuel Alito, who wrote the majority decision, stated that the 1992 Professional and Amateur Sports Protection Act infringed on the 10th Amendment, which reserves powers to the states. “…unequivocally dictates what a state legislature may and may not do…a more direct affront to state sovereignty is not easy to imagine,” Alito wrote. Now, each state can decide if it wants to allow wagering on sports events as well as fantasy games.

On August 1, DraftKings launched its DraftKings Sportsbook app. Seven states have passed sports gambling legislation and several others introduced laws after the PASPA was overturned. There has always been a parallel highway between fantasy sports and sports gambling, which was only separated by a Jersey barrier. In 2018, the two hobbies intersect and fantasy football diehards can gain an advantage against their opponents from studying and analyzing Las Vegas lines and proposition bets.

How excited am I to explore season-long player propositions? My DFSDudes co-host, Chris Cichon, and I started a new segment for our weekly show, Pro-jections: Props, Tops and Flops, in order to assist fans. There are so many ways to wager on a players’ production.

In preparation for the upcoming season, I wrote 12 burning questions and polled Twitter fans for different viewpoints. It is not a scientific poll, but the results provide a small window into the collective hive of fantasy football fanatics. I recorded the results to share with all of the readers on FantraxHQ.com. Enjoy!

1. ADP: Who Ya Got? Every selection counts in Best Score Leagues. After the 12th round, who are you targeting at wide receiver?

“I like all of these; however, I trust Phillip Rivers the most. With TE Hunter Henry out, Mike Williams could eat up quite a few targets,” FantasyKing55.

“I’ve drafted a lot of all four of these playmakers in the past month. I’m really not sure I’ve drafted a different wide receiver in Rounds 11-17 other than these guys,” Russ Prentice.

2. ADP: Who Ya Got? Every selection counts in Best Score Leagues. After the 12th round, who are you targeting at quarterback?

“Gotta go with Eli. He has the most weapons around him, and he’s good enough to get decent production out of them. I like Dak, but I think the Cowboys will struggle in the passing game,” Rebecca Jones.

“Just about everyone here is sleeping on Case Keenum: He could have a huge season. Keenum went from a team with two good wide receivers to a team with more very good playmakers. Plus, a rookie with some skills (C. Sutton). I think he’s a top 15 quarterback by year’s end.” FantasyKing55.

3. ADP: Who Ya Got? Every selection counts in Best Score Leagues. After the 12th round, who are you targeting at running back?

“I’m waiting until closer to the season to get a firm opinion on this one, but if drafting today, I’d take Peyton Barber,” Nathaan Dokken.

4. ADP: Who Ya Got? Every selection counts in Best Score Leagues. Among the rookie runners, who are you targeting at running back based on ADP value?

“I have to vote Rashaad Penny seeing as I took him in the third round of our draft (DWG4),” Jarod Miller.

5. ADP: Who Ya Got? Every selection counts in Best Score Leagues. If you dumpster dive at tight end (like myself), who do you target in double-digit rounds?

6. Las Vegas NFL Regular Season Player Propositions can provide insight into a player’s fantasy football potential in 2018. Among quarterbacks, identify the prop you would be most interested wagering $100 on this season.

“These are so much fun. I’ll take Brees to rebound on the touchdowns because I won’t own him this year like I did last year,” Nathaan Dokken.

“I chose Drew Brees. All he has to do is get two touchdowns per game. If he stays healthy, it’s a cinch. After a low (season) total, ‘positive regression’ is coming,” OneNOnly.

7. Las Vegas NFL Regular Season Player Propositions can provide insight into a player’s fantasy football potential in 2018. Among running backs, identify the prop you would be most interested wagering $100 on this season.

“Fournette Over 10 touchdowns is money in the bank,” PK Ripper.

8. In Best Score leagues, I like to target an under-appreciated QB-WR pair to draft. Identify the top dynamic duo that you target in double-digit rounds.

“I like Manning and Shepard. They get the slight edge over Stafford-Galloday. But if Galloday plays the big slot that covers the area that a quality tight end does, I would choose the latter,” Matthew Blackberry.

9. In season-long Fantasy Football leagues, who would you draft after the fourth round in ppr-scoring formats at running back?

“At their ADPs, you can get Kenyan Drake in the fourth and Rex Burkhead in the fifth. Those two have the most upside in ppr formats. Dion Lewis is coming off a career year and first time he’s ever played 16 games—let someone else draft him. Royce won’t get enough receptions to pass Drake & Burkhead in ppr-scoring,” Jess.

“Give me all the Drake shares!!” Joe Pisapia.

“Dion Lewis and Derrick Henry are not good enough. Kenyan Drake has Frank Gore to deal with all year and maybe Kallen Ballage later on. Rex Burkhead must stay healthy long enough to be trusted in fantasy,” Matthew Blackberry.

10. Las Vegas NFL Regular Season Player Propositions can provide insight into a player’s fantasy football potential in 2018. Identify the most interesting prop bet for Defensive Rookie of the Year:

“Plenty of votes for Derwin James. I love him as a player, but go look up how many safeties have won this award,” Tom Kislingbury.

11. Las Vegas NFL Regular Season Player Propositions can provide insight into a player’s fantasy football potential in 2018. Identify the most interesting prop bet for Offensive Rookie of the Year:

“Definitely would go K. Johnson here. Sort of like R. Freeman based on expected volume, but think Johnson is the superior talent and will make the most of his opportunities,” Loaded Box Podcast.

12. With the NFL season close to kick off, identify the game or hobby that you are most interested in playing this season.

“I always play more season-long leagues, but will be doing much more best ball ones this year,” Kyle Richardson.

[Editor’s Note: We like to see that 74% next to season-long fantasy football! Now’s the time to head on over to Fantrax.com and start or join a league today!]