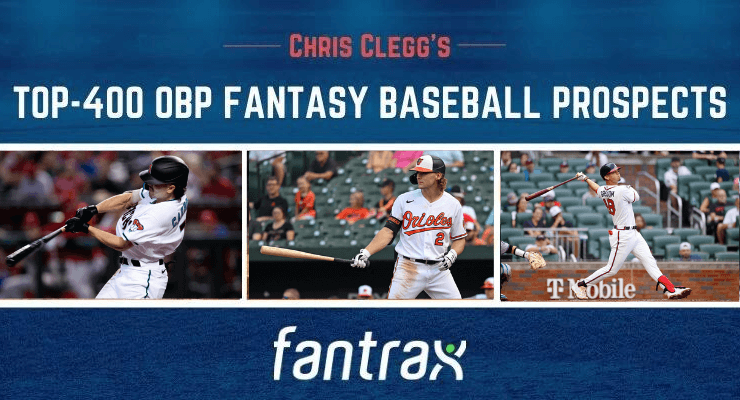 Prospects are a major part of playing in dynasty Fantasy Baseball leagues. The more you play in dynasty leagues, the more likely you are to become addicted to prospects. Many players develop prospect obsessions that they hold onto, hoping for them to excel at the big league level. Whether you draft prospects to build a great farm system or use them as trade chips, they are extremely valuable pieces for your dynasty league. Today, we will look at OBP prospect rankings for your dynasty fantasy baseball leagues.

I often get asked what goes into my OBP prospect rankings. My process begins with evaluating prospects on a team-by-team basis. I want to get my eyes on every player possible. It is a long process, but it very important when ranking prospects. Live looks give you a different perspective than just watching games on television, but you can gather plenty from watching film. Now that Minor League Baseball is back, I spend plenty of time watching games and getting as many live looks as I can!

After evaluating players team by team, I then work on positional rankings. After working through the rankings positionally, I place the prospects on the overall list. The rankings are how I perceive their future value will turn out for dynasty league purposes. It is also how I would draft these players if I were in a prospect-only draft. Remember, these rankings are designed for OBP dynasty leagues.

Thanks for stopping by to check out my OBP Prospect Rankings for dynasty leagues!