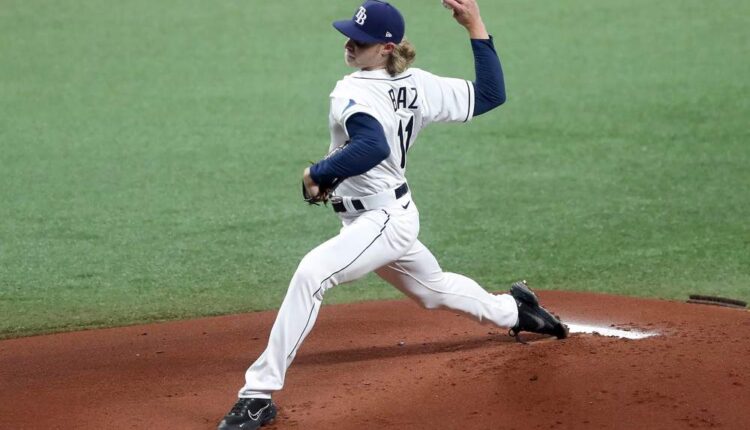 Welcome to our 2022 team top prospect rankings series. Over the next month or so, Eric Cross and Chris Clegg will go through all 30 Major League organizations, continuing today with their Tampa Bay Rays Top Prospects for dynasty leagues. In each installment of this series, you’ll find the top-20 rankings from both Eric Cross (AVG) and Chris Clegg (OBP) along with one prospect each that they’re targeting heavily in dynasty leagues right now. Hopefully, these rankings will help you in your dynasty leagues, and maybe give you some new trade targets to consider.

Over the last decade or more, the Tampa Bay Rays have been praised as one of the top organizations in baseball when it comes to player development. That doesn’t stop now. Even with Wander Franco graduating, this is still a loaded system at the top, led by Shane Baz and Josh Lowe, with an incredible amount of depth as well.

Bradley got in better shape in 2021, dropping 10 pounds and adding more good muscle. The corresponding result was an uptick in velocity to around 95 mph on average, touching the upper registers at times. Thanks to the velocity, command, and life on the pitch, Bradley’s fastball is considered a plus offering and he pairs a plus slider with that as well with sharp break. He’ll also mix in a serviceable changeup at well that has improved over the last year or two with average to above-average command and control of his entire arsenal. Bradley has the chance to rise into a top-50 overall prospect by the end of 2022 with another strong showing in Double-A this season.

To show you how deep this farm system is, I am suggesting you target a player that is not even in my top-20 ranked within the organization. For what it’s worth, I have 19 Rays players in my top-250 prospects and Junior Caminero does not miss the list by much.

Caminero is one of my favorite potential breakout prospects for 2022. He was acquired by the Rays in a prospect trade that sent Tobias Myers to Cleveland. Caminero is listed at 5’11, 157 pounds, but I can say for a fact that has changed. He has grown 2-3 inches and put on at least 20-30 of good muscle. He generates easy power in-game and lifts the ball well. Caminero also displays good plate discipline as shown by an 11.7 percent walk rate and just a 16 percent strikeout rate. Caminero will be a prospect to watch closely this season, but one to buy into now before it’s too late.