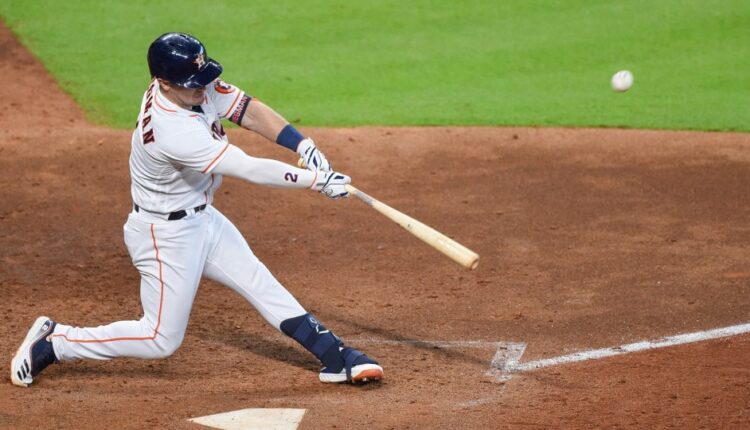 Welcome back to another week of Statcast Standouts. This week, we will step away from statcast metrics to look at a different kind of batted ball data. Today we will look at some players who have seen changes in their ground ball rates this season. Max Freeze wrote a great article about sample size and stabilization rates. While stabilization rates don’t mean that a player will continue to perform a certain way moving forward, there is less noise in the data. His studies found that ground ball rates stabilize around 29 games, which is where we are in the season.

Players hitting more ground balls or fly balls could be the noise of a small sample of a month. It could also indicate a player has seen a skill change. Let’s look at some players who have seen changes in their ground ball rates.

Randal Grichuk is off to a solid start to the 2022 season. The move to Colorado got plenty of people excited from a fantasy perspective as Grichiuk was sure to see a boost to his batting average. That has been the case this season as the career .246 hitter currently has a .281 batting average. Grichuk has four home runs and a stolen base to pair with it.

The interesting thing is that Grichuk is posting a career-high ground ball rate. His career groundball rate is 39.1 percent, but that number is up over 20 percentage points to 61.9 percent this year. Both his line drive and fly ball rates are down significantly. Grichuk’s current home run per fly ball rate is a career-high, an encouraging sign. If Grichuk gets back to hitting more line drives and fly balls, we will see a significant uptick in batting average and home runs. 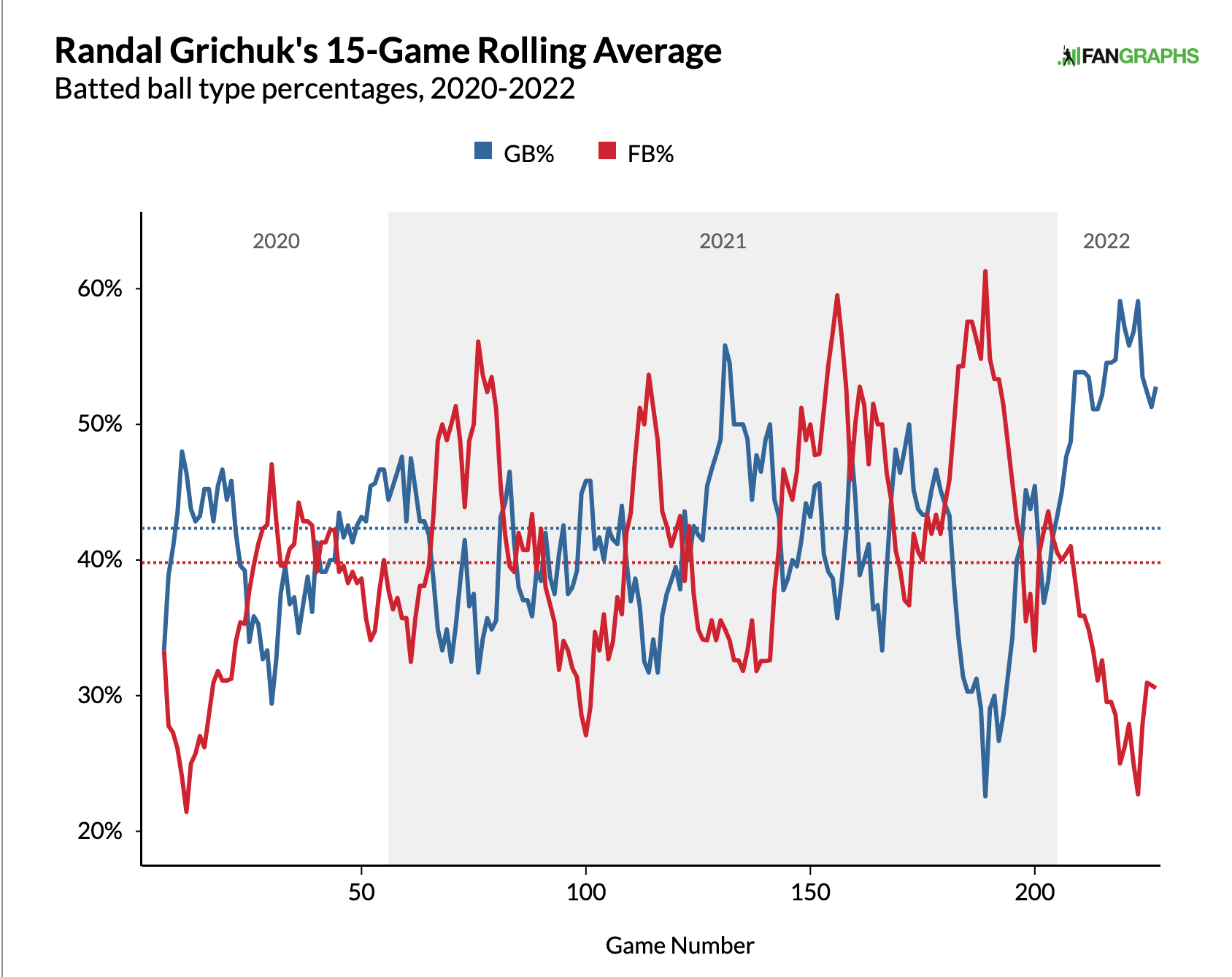 Olson got off to a hot start in Atlanta that helped Braves fans forget the loss of Freddie Freeman. Olson has slumped to an extent, but he is still having a solid season. He is slashing .264/.379/.455 with three home runs. Olson is sustaining his contact gains from last season and is still hitting the ball extremely hard but is putting it on the ground more often than usual.

Olson’s career groundball rate is 37 percent, but in 2022 that number has risen to 48.8 percent. Olson is hitting more line drives, but his fly ball rate has dropped significantly. His home run per fly ball rate is also down. I do not expect that to continue, though as Olson is one of the better power hitters in the game. If Olson gets the ball off the ground more, he will undoubtedly see a rise in batting average and power.

Corey Seager’s debut in Texas has been less than stellar so far. There is a stigma that players often struggle in the first year of big contracts in new places. Hopefully, Seager’s struggles will subside soon. Seager is slashing just .231/.289/.356 with four home runs through his first 114 plate appearances. Interestingly enough, Seager has lowered his groundball rate by 14.5 percentage points from last season and increased his line drive and fly-ball rate. Seager is still hitting the ball nearly as hard as he has for his entire career, but his home run per fly ball rate has dropped significantly. This could likely be due to the new ball.

It is encouraging to see Seager lower his ground ball rate. If that trend continues, it is hard to imagine the results not coming with it. If you are worried about Seager’s early returns, I would hold steady as the batted ball profile does look good. The bad BABIP luck should not continue the way Seager hits the ball.

Alex Bregman is running into similar bad luck as Corey Seager. He is doing many right things, including hitting the ball on the ground less, making elite zone contact, and hitting more fly balls. Unfortunately, the increased fly ball rate has come in a year with dead baseballs. Bregman has never been one to post elite exit velocities, so the deadened baseball has naturally hurt him. Bregman still has five home runs this season through 117 plate appearances.

Bregman’s groundball rate is down 12 percentage points from last season and six percentage points from his career mark. Bregman is hitting just .235 so far but does have a .342 on-base percentage. In Bregman’s case, if he can consistently turn some of those fly balls into line drives, he will likely see an uptick in batting average. Only five of his 44 fly balls have gone for hits, including three home runs.

For more great content, check out all our other great work at FantraxHQ.