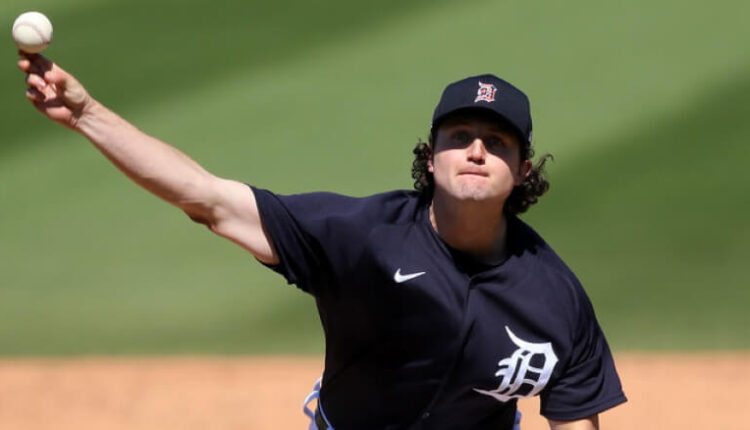 We’re a bit beyond the halfway point of the 2021 season as we head into the All-Star break. Those who invested in Ronald Acuna, Jr. aren’t feeling too thankful today (myself included), but there is plenty to be thankful for. Namely, things could certainly be worse on the COVID front. We also haven’t faced a slew of pitching injuries (yet) following the sticky substance ban.

What we are about to be dealing with, however, is a heap of innings concerns. Last week I mentioned Trevor Rogers looking at an innings cap. This week, you’ll notice that Tarik Skubal and Casey Mize have tumbled down the ranks. They are going to be facing pitch and innings caps as well. Over his past two starts, Mize in particular has tossed just 56 and 50 pitches. Those guys just aren’t going to do you a lot of good if they rarely pitch into the fifth inning.

With that in mind – there isn’t a ton of movement within the list this week. Between a late edition of the Barometer last week following the holiday and a lot of bullpen games leading up to the break, there just isn’t a ton to scrutinize. Instead, I’m going to focus on some buy-low and sell-high candidates for the second half.

The nice thing about dealing away Peralta now is that he was free money. He cost you almost nothing back in draft season. You’ve now reaped the reward of an ace’s stats for a full half of the season. A running theme here, as you may have noticed, is innings limit issues. Freddy has already amassed more innings this year (98) at the MLB level than any other season before. The most he has ever pitched in a single season, including the minors, was 139.1 IP in 2018. Does he have the stamina to put up another 80 innings without fading down the stretch?

He also hasn’t been bit by his poor 4.04 BB/9 too badly yet. However, he’s been fortunate with a .178 BABIP and 84.8% strand rate. He could easily pitch closer to his 3.70 xFIP over the second half of the season if more of those baserunners come around to score.

Lance McCullers, Jr., HOU (SP25) – Reading this McCullers blurb is going to feel like shaking a magic 8-ball and getting the same response as you got with Freddy Peralta. Which reminds me – please stop grabbing me by the shoulders and shaking me when you see me in public, people. My replies will be hazy, ask again later. 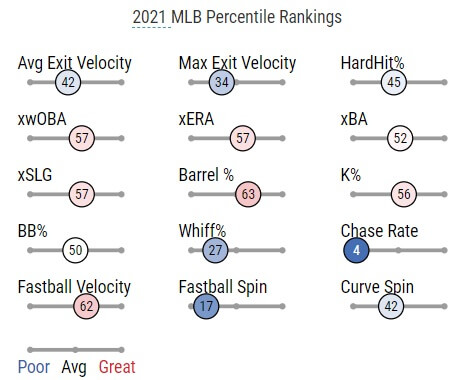 Nothing is terribly troubling, per se, but it’s hard for me to squint and see another half of 2.50 ERA baseball. Contact your local Mets homer and try to pawn Walker off for a profit while you can. His .249 BABIP and 7.1% HR/FB could easily regress over the second half. He then could certainly put up something much closer to his current 4.08 SIERA with unspectacular strikeout numbers.

Kyle Gibson, TEX (SP45) – I’ve had a hard time buying into this hot stretch from Gibson. Not only did I watch many, many years of him being pretty awful with the Twins, but there isn’t any massive strikeout rate jump coinciding with the 2.29 ERA or anything like that. What he has done to fuel this success is throw his new-ish cutter 13% of the time. The cutter itself hasn’t been great, with a .412 wOBA against. It has helped his slider play up, though (.178 wOBA, 44.4% whiff%). With a below-average strikeout rate overall, a lot of regression chickens are going to come home to roost over the second half. It wouldn’t surprise me if he pitched more like his current 4.15 SIERA the rest of the way.

Aaron Nola, PHI (SP20) – You can’t write up a buy-low piece without including Aaron Nola right now. A veteran who has pitched like an ace for years and has the 10th best K-BB% among qualified starters (24.1) but a 4.53 ERA? What madness is this?! All of his ERA indicators have him deserving of an ERA well under four. His SIERA is all the way down at 3.27. This one is easy. Hit up your local Nola owner, who may well be sick of Nola’s disappointing starts. He’s in store for a lot of quality innings the rest of the way.

Luis Castillo, CIN (SP23) – Few starters opened worse than Luis Castillo. He was probably even dropped in some shallow leagues. On the season, he still has a cold 4.65 ERA. However, it may surprise you that Castillo has been one of the best pitchers in baseball over the past 30 days. He hasn’t allowed more than three earned runs in a start since May 23! Since then, he has six quality starts in nine tries. Perhaps the Castillo owner in your league simply hasn’t been paying attention. Perhaps he/she simply doesn’t buy the rebound. Whatever the case, kick the tires on Castillo in your league. You might get yourself a discounted ace for the second half. 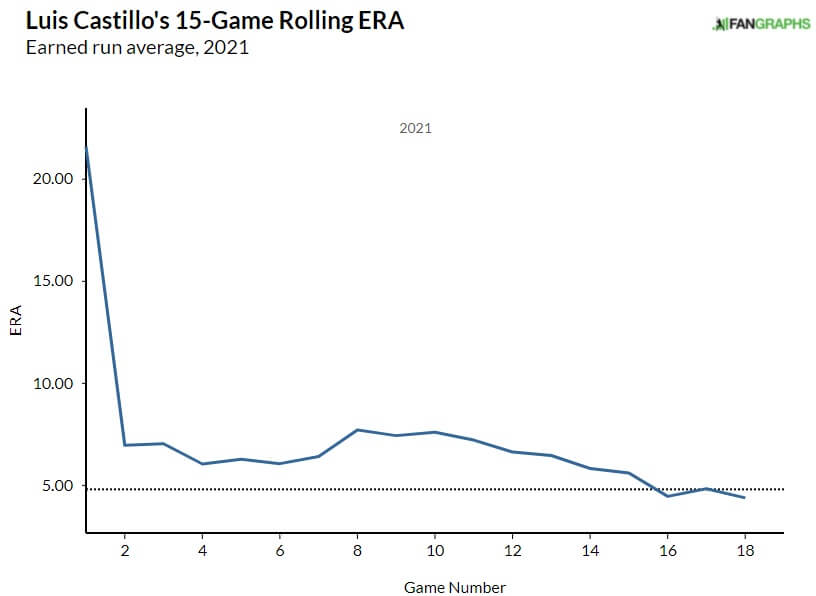 Frankie Montas, OAK (SP46) – As with Castillo, it’s been a roller coaster ride with Montas this year. On the season he has a 4.41 ERA, thanks in no small part to an 8-ER outing against Texas. His previous success came thanks to the splitter he developed in 2019. That pitch wasn’t there for him in 2020 (.408 wOBA), and it still wasn’t as effective to open the 2021 season. However, if his latest start is any indication, things are about to turn around for Frankie.

Against the red-hot Astros, Montas went to his splitter as much as his fastball. It earned a 58% whiff rate and 46% CSW! With renewed confidence and increased usage in the splitter, Montas could get back to the front-end type starter we expected after 2019.

Chris Paddack, SD (SP54) – Over the past 30 days, no one has a worse ERA-FIP than Chris Paddack. With a 4.93 gulf between his 8.06 ERA and 3.13 FIP, Paddack has to be shaking his fist at the baseball gods. However, Paddack still has the stuff to be a mid-rotation fantasy starter. His 9.47 K/9 and 2.10 BB/9 are just fine, and his 3.58 FIP is downright promising. Without a great third pitch, his ceiling is still somewhat limited. Still, you should be able to acquire his services for next to nothing in a lot of leagues, as his ERA still sits at 5.38 for the year.