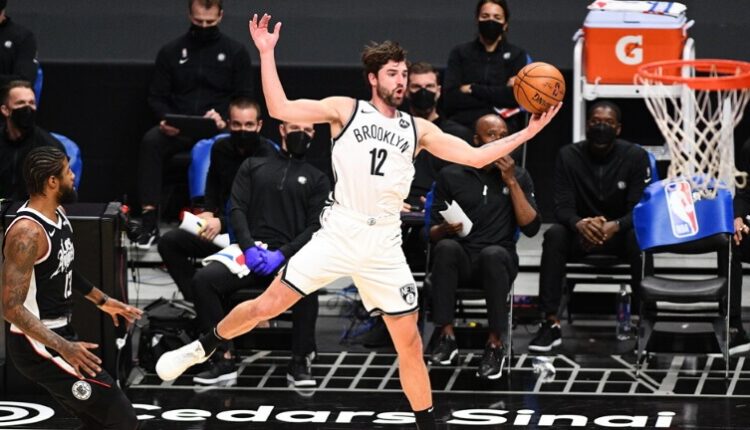 Everybody knows the stars of the league. It doesn’t take much skill to pick the best players from last year. The way you can win your leagues is through drafting the players that are set to breakout, either through improvement, minutes increases, role changes, or all the above. Stick with Fantrax. We’ve got you covered. Let’s dive into sleepers and busts at the small forward position.

This only comes to fruition if Kyrie Irving is forced to miss half of the season due to his vaccination status. The thesis on Joe Harris as a sleeper is based on the fact that Harris will see 30+ minutes on a night in, and night out basis. That’s true whether Kyrie is on the floor or not. If he’s not, there’s 27 points per game that needs to be filled. You can’t ask KD to do any more. Harden could score more, but if he’s distributing, that makes the team even harder to guard. Joe Harris would likely be required to take more of a Duncan Robinson-type role, than the one he currently has of open spot shooter. If I know I’m getting 6-8 threes per game from Joe, he’s a must have on your fantasy rosters. He’s too good of a shooter, to not pull the trigger on that volume.

This is more of a speculative pick, but I mean it all the same. Here’s the deal: The Portland Trail Blazers’ front office, did virtually nothing to improve this team for Dame. Perhaps because they’re bad. Perhaps because they’re correct that this team is good enough to win. Perhaps it’s because they’re getting ready to trade for Ben Simmons. Whatever the outcome, Powell’s role will be to shoot lots of threes and score lots of points. Defenders double Dame, leaving CJ McCollum with open opportunities. You’d rather CJ beat you, then Dame. With Powell given the green light to score, it makes the Blazers even more lethal on offense, and changes the way you guard the team. I think the more likely occurrence is that CJ gets traded in a package for Ben Simmons, leaving Dame and Powell as the team’s only perimeter scorers. That works for Powell’s draft stock as well. Either way, snag Norman Powell.

I’m sure last season was a lot of fun for Jerami Grant. Sure, he lost a lot of games, but he established himself as somebody who can get you 20 in an NBA game over a long stretch of time. Unfortunately for Jerami, when you have horrible team seasons like Detroit just had, you get high draft picks. High draft picks lead to better players. Cade Cunningham is that better player. He’s going to threaten to average a triple-double, as he’ll have the ball in his hands at all times. The days of the offense running through Jerami Grant and Mason Plumlee are long gong. It’s Cade’s season, and I’m not anticpating a lot of pick and rolls to set Grant up. Cade’s going to score from all three levels, and/or collapse the defense to kick out to shooters. Don’t chase Jermai Grant’s stats from last year. He won’t repeat them. And that’s not really his fault.