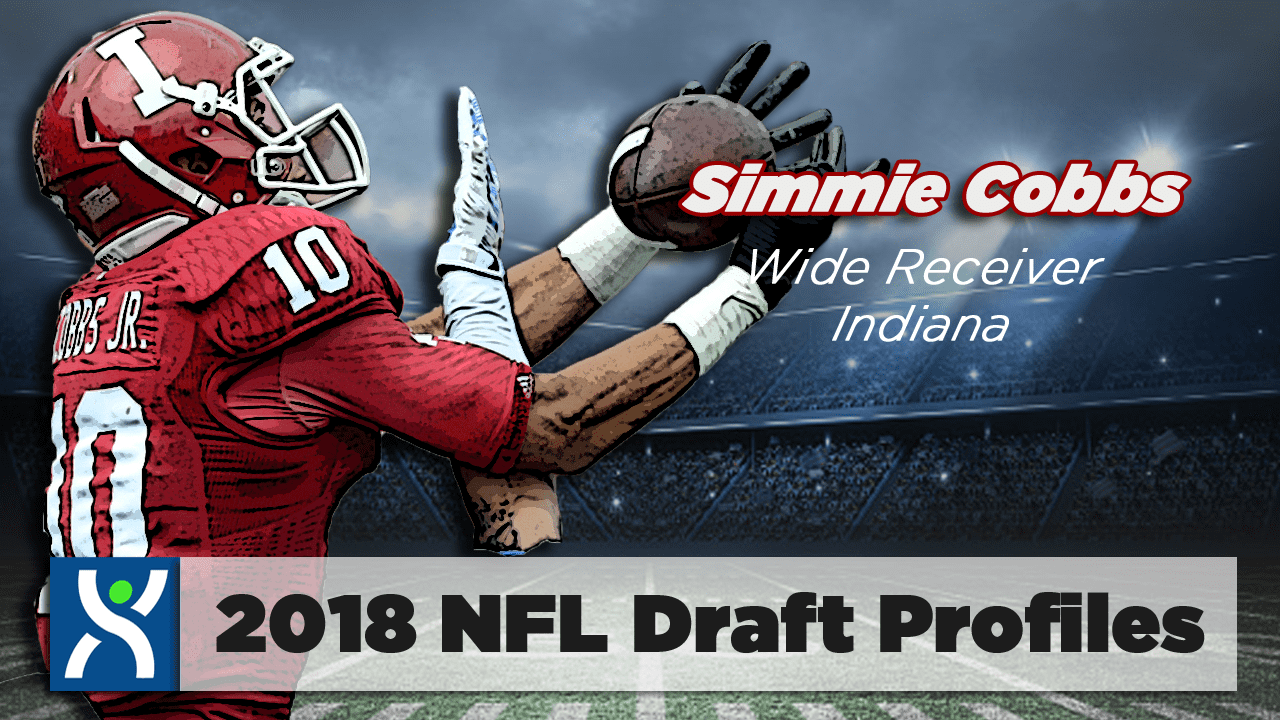 Simmie Cobbs was off to a fast start at Indiana University, when an ankle injury derailed his junior season. He returned as a senior, and put up as much promise as he had previously shown, but also seemed to be a different type of receiver. Has this made him more complete in his craft? Because Indiana didn’t have a winning record, is it affecting Cobbs draft stock? He stands shoulder to shoulder with other big Wide Receivers in this draft class, like Marcell Ateman, Auden Tate, and Equanimeous St. Brown. We got the opportunity to ask Simmie himself, in an interview that begins at the 4:55 mark. Cobbs is poised and ready to make an impact in the NFL. Potentially one of the biggest sleepers available in this draft.